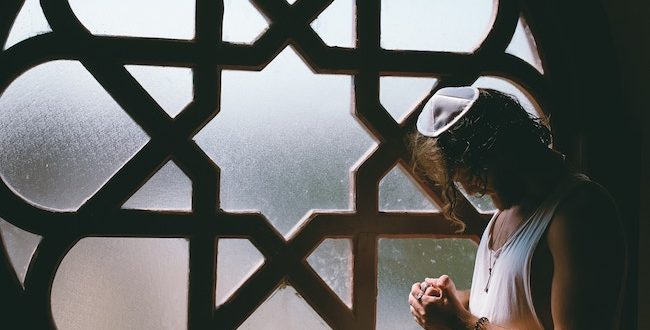 Ask a Jew: How do Jews manage anger and indignation?

It seems to me that if anyone has a right and a reason for protesting and marching in the streets [it] is the Jewish people, considering all the horrible things done to and said about them, and yet it doesn’t happen here in the U.S. How do Jews manage anger and indignation?

Actually, marching in the streets is something many Jews did during the Civil Rights Movement. Jews have also marched more recently for countless other causes, including LGBT rights, refugees, the environment, health care, and racial justice, to name just a few. Many Jews have marched in support of the state of Israel; some have marched in protest of Israeli policies and actions. Jews are as capable of righteous anger as any other people group.

I do think some kinds of anger, especially those that are more personal and less political, may be difficult to express for some Jews. Mourning family members lost in the Holocaust is a relatively straightforward prospect that many communities ritualize in annual remembrance services. It’s harder to know what to do with, or sometimes even recognize, the anger that can sit in a family for generations due to the atrocities its members, and Jews as a collective, have suffered.

Some children of Holocaust survivors, angry or not, may feel disinclined to put themselves in harm’s way, which is what marching in the streets entails. They may believe that too many horrors have already been visited upon their family, so there’s no need to seek out more (e.g., being hurt or killed while protesting neo-Nazis, as Heather Heyer was). It’s also likely that some survivors, in light of their own horrendous ordeals, have transmitted to their children the principle that even tikkun olam is secondary to personal and family safety. In short, you can’t march in the streets if you’re incapacitated or dead.

That said, some survivors’ kids may be especially likely to, say, travel to Standing Rock and put their bodies on the front lines. Their parents’ experience has taught them that injustice cannot be tolerated, no matter who is experiencing it, and tikkun olam has to start with them, precisely because of what their family has endured. As always, we Jews are not monolithic or even close to uniform in our attitudes regarding public protest.

Personally, I have found Buddhist meditation and general principles of mindfulness to be helpful in my ongoing struggle to find healthy outlets for my anger, whatever its psychological roots may be. (I’m the grandson of survivors, so take that for what you will.) Religious Jews may learn how to work with their anger in constructive ways by studying Torah, Talmud, and other key Jewish writings. The weekly practice of worship in a communal setting may also aid Jews greatly in managing their anger.

But to underscore my main point: Jews aren’t sitting around twiddling their thumbs while neo-Nazis infest America and the president endlessly repeats a slogan with anti-Semitic origins. Some are pressuring their House and Senate representatives to act; some are organizing local protest and solidarity events. And some are speaking at conferences on hate, like Rabbi Francine Roston, whose presentation “Responding to Hate & Cyber-Terrorism: Lessons from Whitefish, Montana” is the closing keynote address at Gonzaga’s upcoming International Conference on Hate Studies. If there’s one thing Judaism’s emphasis on justice and repairing the world commands us to do, it’s to convert our “anger and indignation” into effective, thoughtful action.

Previous Ask An Eastern Orthodox Christian: What about Joan of Arc?
Next Spokane groups serve homeless in the spirit of Halloween

I should add that our city’s own Spokane Coalition for Israel has marched in the streets before:

And though many staunchly pro-Israel Jews in Spokane and elsewhere appear to have a very low opinion of Jewish Voice for Peace, that organization seems nearly always to be marching in the streets — including the streets of Seattle:

Neal Schindler is absolutely right that Jewish culture and Jewish experience tend to inspire a strong commitment to human rights, to civil rights, and to social justice. “[M]arching in the streets is something many Jews did during the Civil Rights Movement. Jews have also marched more recently for countless other causes, including LGBT rights, refugees, the environment, health care, and racial justice, to name just a few.”

Things get more complicated when Mr. Schindler adds the following observation: “Many Jews have marched in support of the state of Israel; some have marched in protest of Israeli policies and actions.” That appears to put Jews on both sides of an issue that may arouse anger and indignation. I don’t think that Neal Schindler has tried to sort this out in his essay.

Perhaps we should start with Mr. Schindler’s principle that “injustice cannot be tolerated, no matter who is experiencing it”. Let’s add to that our shared judgment that neo-Nazism is objectionable because it is an ideology of white supremacy, the notion that white people should rule over and/or expel people with darker skin. It is, in short, a racist ideology that seeks to promote a racist project. A racist project like neo-Nazism has as its goal the establishment of a state for one kind of people, a supremacist state.

Neal Schindler observes in his later comment that “many staunchly pro-Israel Jews in Spokane and elsewhere appear to have a very low opinion of Jewish Voice for Peace”. Perhaps Mr. Schindler is correct.

But that would put many Jews in Spokane on the side of injustice. My friends in Jewish Voice for Peace and allied organizations pursue the goal of full and equal rights for the Palestinian citizens under the rule of the State of Israel.

Guided by the foundational racism of Zionism, Israel established a state for Jewish people in the homeland of the multi-ethnic, multi-faith Palestinian peoples. In a process that will be familiar to readers of Raul Hilberg’s monumental work, the Zionists (1) have defined Palestinians out of the human community, (2) have taken their property, (3) have concentrated them behind walls, and, where possible, (4) have killed or expelled them.

I judge that Jewish Voice for Peace commands our admiration. Why would we have “a very low opinion” of an organization that advocates for full and equal rights for human beings who have lived under the control of an apartheid state for seventy years?

As for “our city’s own Spokane Coalition for Israel” and Spokane’s other “staunchly pro-Israel” citizens, well, they deserve the same contempt that we reserve for white supremacists.