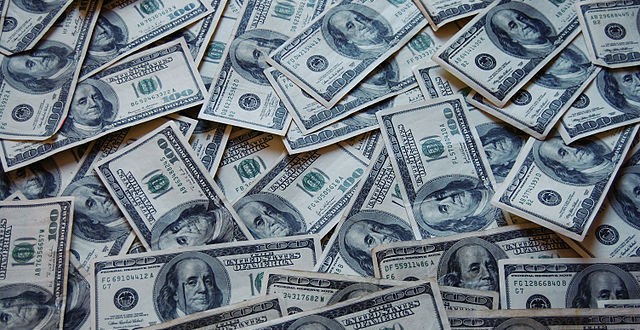 Ask a Jew: How do Jews make so much money?

How do Jews make so much money?

That’s an interesting question. As it happens, a little girl named Liselotte had almost the exact same question 77 years ago. And televangelist Pat Robertson asked it again just last year.

In less than two months as the director of Spokane Area Jewish Family Services, I have already met a number of local Jews who are anything but wealthy. But let’s venture beyond my personal experience. The English-language version of Ynet, which calls itself “Israel’s largest and most popular news and content website,” addressed your question several years ago in an article titled “How did American Jews get so rich?” (Note the word “American.” Ethiopian Jews? Not so rich. Mizrahi Jews in Israel? Ditto.) The piece cites a widely referenced Pew Forum Institute study from 2008 that determined Jews to be “the richest religious group in the US.” An eyebrow-raising finding from the study: “Forty-six [percent] of Jews earn more than $100,000 a year, compared to 19 percent among all Americans.”

By way of explanation, Ynet quotes Danny Halperin, a former Israeli economic attaché. He suggests that Jewish financial success, such as it is, may relate to the notion that “[t]he Jewish tradition always sanctified studying.” Statistically, educated people tend to make more money. Halperin also contends that “the Jews have a strong tradition of business entrepreneurship.” This theory positions us as a “model minority,” not unlike Asian Americans, who also receive praise for being, and are stereotyped as, people who prioritize education and, supposedly, have an almost superhuman work ethic.

My parents both grew up far from wealthy. Both became university professors and earned enough to put us securely in the upper middle class. Educational and intellectual ambition won them scholarships without which they might not have succeeded as they did. I don’t think there’s a secret to their success, or at least not one that would interest the writers of “The Protocols of the Elders of Zion.” I also don’t know what portion of American Jewry their story represents.

At this time I’d like to yield the floor to Catherine Rampell’s New York Times review of Jerry Muller’s book “Capitalism and the Jews.” Hundreds of years ago, Rampell explains,

lending at interest was… forbidden across Christian Europe — for Christians. Jews, however, were permitted by the Roman Catholic Church to charge interest; since they were going to hell anyway, why not let them help growing economies function more efficiently? (According to Halakha, or Jewish law, Jews were not allowed to charge interest to one another, just to gentiles.) And so it was, Muller explains, that Judaism became forever fused in the popular mind with finance.

Jews ended up in moneylending not because they yearned to do it, but because they weren’t allowed to do much else in harshly anti-Semitic societies of the time. The powers that be essentially forced Jews into a despised line of work and then vilified them for it — textbook institutional anti-Semitism.

David Leonhardt’s 2011 New York Times piece “Is Your Religion Your Financial Destiny?” is another worthwhile read. Leonhardt looked at the Pew study, too, and he provides a pithy summary:

Some of the income differences [between religious groups] probably stem from culture. Some faiths place great importance on formal education. But the differences are also self-reinforcing. People who make more money can send their children to better schools, exacerbating the many advantages they have over poorer children.

My parents sent me to private elementary school; took me to Germany, Greece, and Morocco; changed neighborhoods to place me in a better public school system; and could afford tuition at an elite liberal arts college. They worked their way up from very little, in large part so that I could have it (much) easier than they did. Their parents did the same thing. This isn’t just a Jewish ideal or an immigrant one. It’s a crucial part of the American Dream, a mythos that has guided generations of U.S. citizens, for better or worse, in their educational and professional pursuits.

Jews you encounter who have made “so much money” may have done it much the way many other Americans have: privilege based on their race, gender, and/or socioeconomic status; hard work, sacrifice, wise investment, patience, and self-discipline; and a not insignificant amount of luck. We all live in an unjust system that produces an astronomically wealthy 1 percent and a vastly less affluent 99 percent. (Actually, the distribution of wealth in America is even more effed up than you think it is.) My unsolicited advice: Pondering the affluence of Jews may not be as helpful as thinking about how to fix, or at least radically adjust, our grievously inequitable society.