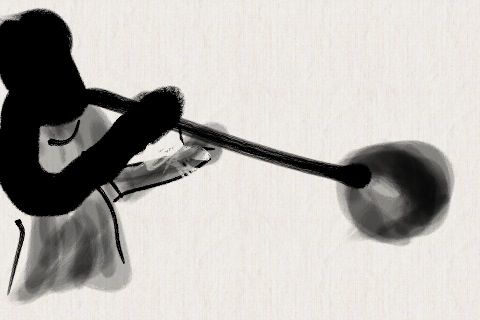 Ask a Jew: How can God be refreshed when God is the all-powerful creator of all existence? 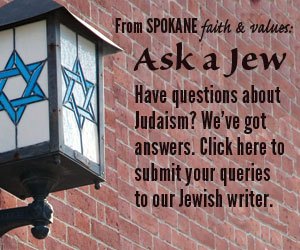 In the Quran, the divine scripture of Muslims, God Almighty says that He created the heavens and the earth in six days, and that no fatigue or weariness touched him. The Torah says roughly the same thing in Exodus 31:17, but actually says that God was “refreshed” or “nafash” after creation, as the Hebrew says. How can God be refreshed, which means to recover/replenish His energy, when God is the all-powerful Creator of all existence?

I’m not in the habit of finding answers in Bible-based self-help books about marriage, but in this case, Google rewarded me richly, and I went with it. Thus, from Zebedee King’s 2016 publication “The House That God Built: God’s Master Plan for Marriage and His Blueprint for Blessing,” I give you the following explanation of God’s post-creation refreshment (sorry about all the distracting highlighting): 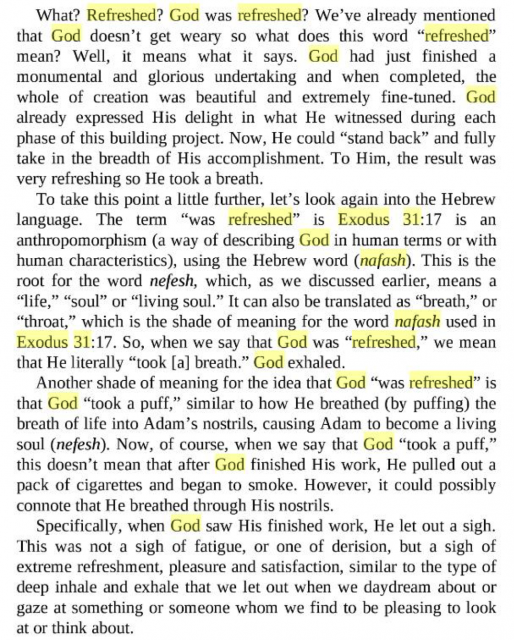 Here’s another take on the same question from a Jewish source, Rabbi Aryeh Kaplan’s “Meditation and the Bible”: 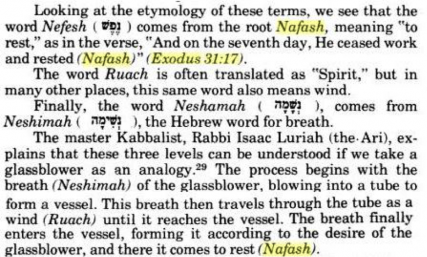 I’m sure there are countless other explanations of God’s refreshment or rest following creation. The main takeaways from just these two interpretations seem to be that God didn’t rest because he had to, but rather exhaled in satisfaction — or, per Kaplan, simply allowed his creating breath to come to rest.