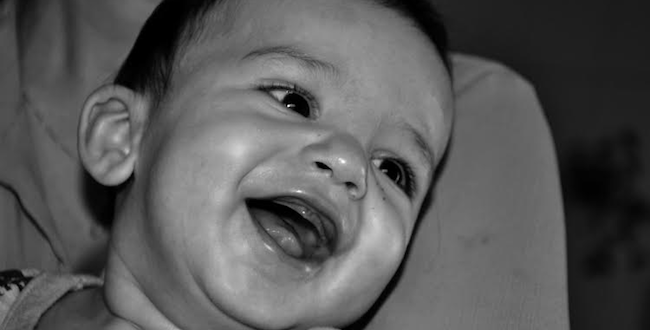 Ask a Jew: Do you think ritual circumcision should be practiced today?

Q: Do you think brit milah (Jewish ritual circumcision) should still be practiced today, especially because circumcision was used to identify Jews during the Holocaust?

To be honest, I was skeptical regarding your claim about circumcision being used by Nazis to determine whether men or boys were Jewish. However, a trusted source, Jewish Virtual Library, confirms that it did happen:

Because non-Jews in continental Europe generally were not circumcised, German and collaborationist police commonly checked males apprehended in raids. For boys attempting to hide their Jewish identity, using a public restroom or participating in sports could lead to their discovery. More rarely, they underwent painful procedures to disguise the mark of circumcision or even dressed as girls.

That said, there were many things Jews had to hide if they wanted to pass as non-Jewish. Nazi persecution can’t be seen as justification for renouncing Jewish practice, whatever its nature. So the use of circumcision to identify Jews during the Holocaust doesn’t seem like it should enter into the equation of your contemporary question: Should brit milah, Jewish ritual circumcision, be practiced today?

Just as I wouldn’t try to impose my vegetarianism on other people, I would never make a blanket statement about what Jews should or should not do in relation to brit milah. I just don’t believe I have that right.

However, I will say that I have a son and he is not circumcised. When we first started dating, my wife, who is not Jewish, assumed that if we had male children, we would circumcise them. That was something she was comfortable with at the time.

I say this because I don’t want anyone to think I married a non-Jew and she pressured me away from circumcision. It was initially my idea not to have our son circumcised. I had read and thought a lot about circumcision over the years. I didn’t see a medical justification for it, and as a relatively nonreligious Jew, I couldn’t justify it in terms of Judaism. Circumcision struck me as a bit of suffering my son didn’t need to experience. This world is full enough of unnecessary suffering.

In Conservative and Orthodox Judaism, my son would not be considered Jewish anyway, since his mother is not Jewish. He’d have to undergo a conversion process to be seen as Jewish. In the Reconstructionist tradition in which I was raised, and within the Reform community we are currently a part of, that is not the case: based on his parentage, Oliver is as Jewish as I am, if he wants to be.

According to MyJewishLearning.com, the Reform and Reconstructionist movements encourage but do not require circumcision as a definitive marker of Jewish identity:

The latest official Reform position is that rabbis should educate converts about these traditional rituals, but have the choice to either counsel the conversion candidate to undergo the ceremonies (this being the preferred option) or to allow the candidate to choose whether or not to do so. Reconstructionists have a similar position to the Reform movement.

In Judaism, as in most other faiths, adherents must weigh the importance of personal and familial values against the merits of following traditional rules or laws. Judaism is widely known as a very legalistic tradition (which may be why so many non-Jews assume I keep kosher). Yet Mordecai Kaplan, the founder of Reconstructionist Judaism, famously said: “The past has a vote, not a veto.” (It should be noted that he also emphasized the importance of halakha, Jewish law, and said Jewish life is meaningless without it.)

As a Jew, I believe personal conscience must play a meaningful role in my decisions, especially those that are irrevocable. If my wife and I had our son circumcised, we would have to live with that decision, as would he. If my conscience (and my wife’s) won’t allow it, I don’t have another reason to go through with it.

I recently asked a Jew who identifies as Modern Orthodox about her stance on circumcision. I would imagine only a small minority of religiously observant Jews share her perspective, but I’d also guess plenty of Jews have mixed feelings about circumcision but have it done anyway, because they’ve been taught that it’s what Jews do, period. Anyway, here’s her comment:

“I don’t believe in circumcision for religious reasons. There was a time I never thought much of it. Any sons I had would have a bris. Then, before I had sons, there was new research about circumcision. I read those studies over the years and found there was no medical reason for routine infant circumcision.

“But medical benefits have nothing to do with it. We do it [because] Torah commands it. So while I was convinced circumcision wasn’t necessary or even good for medical reasons, I still assumed I would have a bris for any sons I had just because I’m a Jew. It’s what we do. I have many philosophical and religious issues with it, but it all boils down to I did not want to hurt my child.

“I love Torah and I raise my children to follow and love Torah. I could not use Torah to hurt my child.  Inflicting pain is forbidden (tza’ar ba’alei chaymim—“the suffering of living creatures”). People try to minimize the pain, but studies have shown circumcision without injected anesthesia is excruciating for babies and there is substantial pain in the aftermath.

“My children’s bodies are theirs. We don’t feel like we have the right to alter them without their consent. Boys don’t need to be circumcised to be Jewish. Any child born to a Jewish mother is a Jew. I’m Jewish, so my children are Jewish. The more I studied the history and context of brit milah, the more I came [to] question and refuse it. I studied traditional Orthodox books and commentaries on Jewish ethics that absolutely convinced us it wasn’t something we could or should do. I don’t resist brit milah because I reject Torah. I love Torah and I study Torah and that has lead me to oppose brit milah.”

For those interested in exploring issues related to circumcision in greater detail, I recommend the 2003 book “The Covenant of Circumcision: New Perspectives on an Ancient Jewish Rite,” published by Brandeis University Press. It’s an excellent resource that highlights the diversity of Jewish thought on the subject.

Some fellow Jews may claim my son is not Jewish because he isn’t circumcised. Some may warn me that “women won’t want to sleep with him” (yes, this has happened), which assumes that he’ll be attracted to women and that somehow an uncircumcised penis will inspire revulsion. I doubt it. If someone loves him but won’t be his partner because of the state of his penis, he and that person may have other, underlying relationship issues. Yes, adult circumcision is no picnic, but if Oliver chooses that path someday, it will indeed be his choice. I’d rather let him make it for himself.