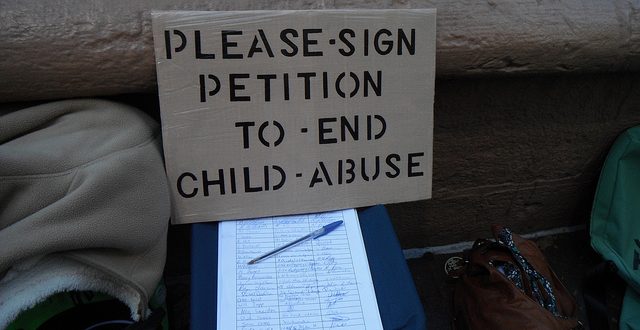 Ask A Catholic: Will the Catholic Church unite against child rape?

Do you think that the Catholic Church and all the members worldwide will ever unite against child rape?

Or, do you think the Catholic Church and all the members world wide will continue to offer token apologies and money?

The reason why I ask these questions is because,it seems very strange when all Catholics world wide are not outraged and loudly demanding legal prosecution, excommunication and change.

I know these questions or, your answers will never appear in one of your post. Personally, I think that is sad because, if a man named Jesus ever really did exist, I’d like to believe he would be outraged and would demand justice not hypocrisy.

These are good and important questions you’re asking, most of all because the sex abuse crisis in the Catholic Church was so heart-wrenching, and because the aftermath and healing process is so vital to the health of children, the church, and society as a whole.

To be sure, the Catholic Church as an institution has always been against the abuse of children — against the unlove of anyone, really — and always will be against it. It was the actions of individuals within the church that are at issue, both the abusers themselves and those who covered up said abuses.

There are three things I’ll reference that may help you and anyone else interested in this crisis: The response by the Catholic Church in America, a video by a prominent American bishop and evangelist, and a book for further reading.

Since 2002, when the abuse scandal was first reported on by the Boston Globe, a number of things done by the Catholic Church ought to be encouraging to many, if not all. One great example: Every diocese in America is now required to have a comprehensive, robust safe-environment training program mandated for people looking to work with minors within its boundaries. That requirement was included in a June 2002 document by the United States Conference of Catholic Bishops called the “Charter for the Protection of Children and Young People,” which can be read in its entirety here.

Another really great resource to help make sense of the crisis in context is a video by Bishop Robert Barron, one of the auxiliary (assistant) bishops in the Archdiocese of Los Angeles. He talks about a passage from the Book of Ezekiel in the Old Testament, wherein Jerusalem, the Holy City meant to be a pillar of God’s presence on earth, had been corrupted and was in desperate need of a cleansing and restoration. Bishop Barron uses this, especially the painful nature of Jerusalem’s restoration, as a parallel to talk about the deep corruption that was this abuse scandal.

The key point in Bishop Barron’s analysis — surmising that this is the worst crisis the Church has ever endured, I might add — is that the Lord always seeks to cleanse, to convert, to restore his creation. In fact, he challenges those upset over the scandal, particularly those who choose to leave the church, that leaving is not the answer. Noting the “remnant” that Ezekiel writes about, around with the restoration is built, Bishop Barron encourages us to be part of the solution in that regard, to stay in the Church and build it up instead of abandoning it.

Finally, I want to mention a book, written by a non-Catholic professor soon after the scandal broke, that will shed objective light on what the abuse crisis actually consisted of and provide context by which we can properly understand it. Called “Pedophiles and Priests: Anatomy of a Contemporary Crisis,” author Philip Jenkins talks dispassionately about this incredibly emotional issue, noting that the goal here should be true justice for victims, and not a vilification of an entire institution simply as a matter of course.

The book can be found for relatively cheap on Amazon, and a helpful synopsis by the author himself can be read at Zenit. Also, a rundown of the key points made by the author in his book are summarized by another blogger here. (Note for anyone who clicks this third link: keep in mind that the list is fact-based and not an effort to minimize legitimate wounds).

At the risk of sounding cliche, my heart goes out to all of those who have been affected by sexual abuse in the Catholic Church and in any organization — that goes for perpetrators as well as victims, for they deserve our prayers and God’s love as much as we do — and I probably don’t pray enough for the continued healing of the destruction wrought by it.

I hope this answer has been and will be a help to you in your own quest for healing.