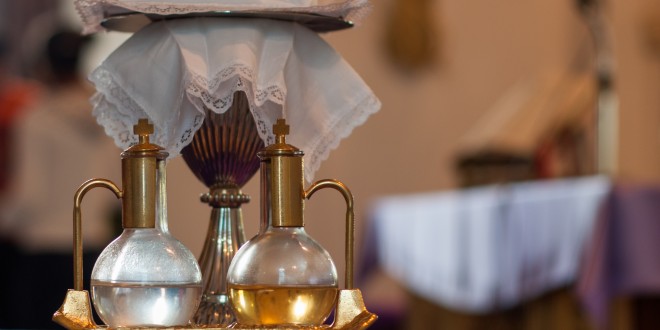 Ask A Catholic: Murder & Missing Mass are BOTH Mortal Sins?

To clarify, murder (killing of innocent life) is indeed a mortal sin, as is willfully missing Sunday Mass when one otherwise could have gone. But you raise a great question: How can two seemingly unrelated things both qualify as mortal sins in the eyes of the Catholic Church and in the eyes of God?

The best place to start is to define mortal sin. “Mortal”, of course, being the implication of something which leads to death (“mortally wounded”, “a mere mortal”, etc.), whereas “sin” refers to a knowing act against the truth and goodness of God.

Therefore, a “mortal sin” is an act against God which leads one to death — spiritual death, or complete separation from friendship with God, to be more specific — as opposed to venial (lesser) sins, or those which only harm our connection with God.

Now, it is very, very easy (even among Catholics) to look at this setup and think that the point of the Catholic Christian life, as fellow Catholic and Washingtonian Mark Shea says, “is to die with the sin folder empty.”

In that scenario, Shea goes on to say:

“Then God has to let you into Heaven, which is this beautiful place that has nothing to do with Him really. It’s just a pretty park where your favorite dead people have been standing around waiting for you to arrive. The notion of a life of virtue spent trying to cultivate a relationship with God never enters the picture. It’s just a question of keeping and breaking rules.”

But, in reality, that’s just not the case.

We are saved, as Shea’s article of the same name reads, “By Christ and not by rules.”

And so, though it’s helpful to have nameable distinctions, the definition of mortal sin is intricately and irrevocably tied to our relationship with God. If we understand the dichotomy of virtue and sin properly, we understand that the former builds up the relationship, thus getting us closer to God and to heaven, while the latter destroys it.

In the case of murder — the willful taking of an innocent life — one commits a mortal sin not just because God explicitly said so (5th Commandment, anyone?), but because God is the giver of all life, and life, as we read in the Creation story, is very good.

With missing Sunday Mass it gets just a little trickier. For starters, only a professed Catholic with the ability to reason can be guilty of this mortal sin. Secondly, missing Sunday Mass because you were half dead at home with the flu, or because three feet of snow literally prevented you from getting to the church is probably not a mortal sin.

But other than that, consider what Mass — or as it’s properly known, the Holy Sacrifice of the Mass — is and what its significance is to Catholics and to the whole world. At Mass, Catholics come to receive “the source and summit of the Christian life” — the Eucharist, the real Body and Blood of Jesus, made present on the altar.

The Eucharist, a mystery explained by Jesus in John 6 and enacted at the Last Supper, should thus be considered, as the Catechism of the Catholic Church reads:

“Thanksgiving and praise to the Father; the sacrificial memorial of Christ and his Body;  [and] the presence of Christ by the power of his word and of his Spirit.” (1358, emphasis added)

If our life as Christians is a constant journey to grow closer in relationship to God, then it’s easy to see why, as a Catholic, that missing Mass would be considered a mortal sin in need of correction.

It isn’t because of some contrived rule to make sure we get there and put cash in the collection plate, but rather because we literally miss out on connecting with God, and thus sever our relationship with Him when we willfully no-show.

Mortal sin is nothing more than a person choosing the latter, deciding that our way is better than God’s, and missing Sunday Mass is no exception.

I have never heard of someone placing missing a meeting and murder on the same ground. How is that even a reasonable thought?

It’s reasonable because both have potential to sever one’s relationship with God — which is the definition of being in a state of “mortal sin”.

Mass is more than just a meeting to Catholics — it’s the place where the Lord Himself comes down in the Eucharist, and thus where Catholics become the closest in their relationship with God. The end of John 6 (48-66) is the explanation of why the Eucharist is so important — that Jesus gave us his real flesh and real blood to eat in order to gain eternal life.

You seriously think that missing a mass on purpose is the same as murdering someone?

In terms of one’s relationship with God (namely, that both acts sever the relationship – hence “mortal” sin), yes.

This mindset Matthew is why Catholicism is a false religion and should not be associated with true Christianity. I work with a catholic and she states that the only way to salvation is through the Catholic church and it even alludes to that in your catechism. So this being the case what about the people who profess faith in YAHSHUA yet live in the African plains where there is no Catholic church? What about me. I willingly do not go to mass, am I committing a mortal sin?

Hey Scott, thanks as always for your comment — sorry it took me so long to respond to you! I wanted to mention that instead of answering here, I thought the issue you raised about salvation through the Church (a common questions that’s asked) deserved a treatment as a full post (the next “Ask a Catholic” entry). Stay tuned for that!

I seriously think you mean Yeshua.

No I mean YAHSHUA. YAHSHUA identifies HIM as being YAHWEH. Yeshua is a spelling to not make HIM GOD.

It as hard to come by educated people about this subject. However, you sound like you know what you are talking about! Thanks.