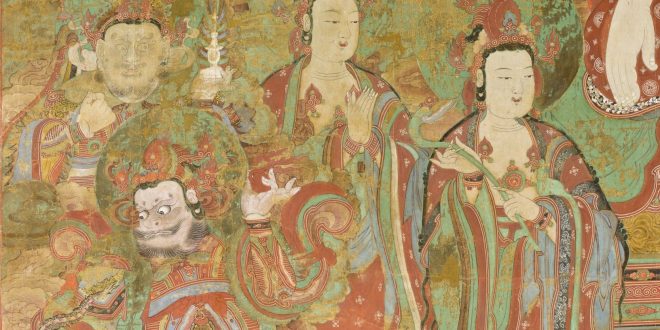 Ask a Buddhist: What is right understanding?

Q: “The first thing in the Eightfold Path is to have right understanding. What does this mean?” 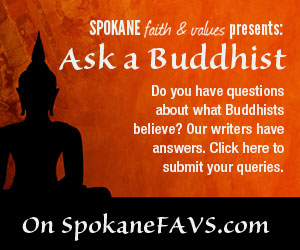 In general, the eightfold path is found within the four noble truths. After his full awakening, Shakyamuni Buddha taught the four noble truths, or “four truths seen by noble ones,” to his five ascetic friends at Deer Park near Sarnath, India. The Buddha’s actual discourse is called Setting the Wheel of Dharma in Motion Sutra, also called the First Turning of the Wheel Sutra, or simply the Four Noble Truths Sutra. This sutra was initially memorized and preserved by Buddha’s disciples as an oral tradition, then written down in later centuries. The four noble truths give us a complete overview of all the Buddha’s teachings. They speak in a very direct way about why we experience the situations in our lives, and what to adopt and what to abandon to be free of dissatisfaction and suffering.

The four noble truths include two sets of cause and effect. The first and second noble truths—true suffering and true origin of suffering—describe our present condition of duhkha—the fact that we constantly experience coarse, subtle, and very subtle levels of suffering and dissatisfaction in our lives. This dissatisfaction originates from our own mind, specifically from our own afflicted mental states and the actions they motivate. The third and fourth noble truths—true cessation and true path—describe our potential and ability to bring about a cessation of all suffering by developing the required causes and conditions.

In the Pali-language version of the Four Noble Truths sutra, the fourth noble truth—true path—is described as the practice of the three higher trainings of ethics, concentration and wisdom, and is further explained by way of the eightfold path. We are encouraged to develop this path, which leads to the cessation of suffering called nirvana or liberation. Here is a summary:

To create the causes for happiness and abandon the causes of suffering, it is necessary to keep good ethical conduct, and to do that we need to know about the workings of karma and its effects. “Karma” means “action.” In a nutshell, the law of karma describes how positive and negative mental states motivate us to engage in positive and negative actions, which bring about corresponding positive and negative results or experiences. For more detailed explanations, please read this intreview or watch this video teaching (with Russian translation).

It’s important to recognize the law of karma and its effects as a universal law, not something created by the Buddha. From his awakened state, the Buddha clearly observed the functioning of the law of cause and effect, and out of great compassion, he described its characteristics for our benefit. The law of causality is not a system of reward and punishment by some external creator, but rather a natural law where effects of happiness and suffering or dissatisfaction are seen to arise from compatible causes

Through studying and reflecting on the law of karma and its effects, we can develop a strong conviction that our actions bring about all of our experiences, and that observing ethics in our lives is fundamental to our experience of happiness and well-being.

When developing a path to liberation, we need to apply antidotes to the many and varied afflictions in our mind, all of which originate from one root affliction, self-grasping ignorance. In general, when right understanding is presented as the last in the eightfold path, it refers to the wisdom that can penetrate and overcome our misconceptions about how the self exists.

The various Buddhist traditions understand and present this wisdom in different ways. In the Theravada tradition, which relies on the Pali suttas of the Buddha, right understanding includes a thorough understanding of the three characteristics of cyclic existence: impermanence, duhkha (unsatisfactoriness), and selflessness. In the Mahayana tradition, right understanding leads one to a direct realization of emptiness, which directly opposes the root of all suffering, self-grasping ignorance.

The eightfold path is a very beneficial outline of how to live an ethical life. In the short term, it can bring about temporary happiness, and it is also imperative to accomplish our long-term Buddhist aim of liberation or complete enlightenment.

Previous Ask an Eastern Orthodox Christian: How do I address an exarch from Turkey or Greece?
Next Ask a Jew: Are most of today’s Jews converts from Kazharia?