Ask a Buddhist: What is a Monkey Mind?

What is a Monkey Mind? 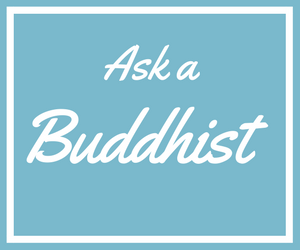 Due to their long, gangly arms, legs and tails, some monkeys have the ability to quickly swing from branch to branch and from tree to tree through the jungle. The Buddha used this analogy in several sutras to describe how our human mind swings from thought to thought, or from object to object throughout the day, rarely resting in the present moment or in wholesome thoughts. The Buddha coined the term ‘kapacitta’ to describe this restless, agitated, incessant movement of the mind. He said, “Just as a monkey swinging through the trees grabs one branch and lets it go to seize another, so too, that which is called thought, mind or consciousness arises and disappears continually both day and night.”

At first, this metaphor may sound like fun, but we need to examine our own experience. Scientists estimate that the average person has around 70,000 thoughts per day, which explains where the sense of constant chatter comes from. We like to think that we are independent and in control of ourselves, and to some degree we are. But anyone who has tried to meditate for even five minutes comes to recognize the constant movement of the untrained mind. Many of our thoughts are repetitious and based on hopes and fears and the daily stresses of our lives. Such unruly thoughts often lead to further anxiety, fear, worry and other unproductive emotions.

The Buddha was a wise psychologist, and taught people about the mind—its nature, how it functions, how to make it serviceable—so we could understand ourselves better. He compassionately taught his followers how to meditate in order to tame the “monkey mind.” As we all know, it’s a vain attempt to fight with monkeys or to try to stop them cold. We can capitalize on the fact that we do have some degree of control over our mind. If we spend some time each day in quiet meditation—slowly doing a body scan, engaging in breathing meditation or quietly reciting mantra—in time the mind will grow more peaceful, more wise and kind, and more useful to us.

You can find a much more detailed explanation of the mind in the book “Taming the Mind” by Ven. Thubten Chodron.

Previous This holiday season don’t forget gifts for staff
Next POEM: While the World was Sleeping