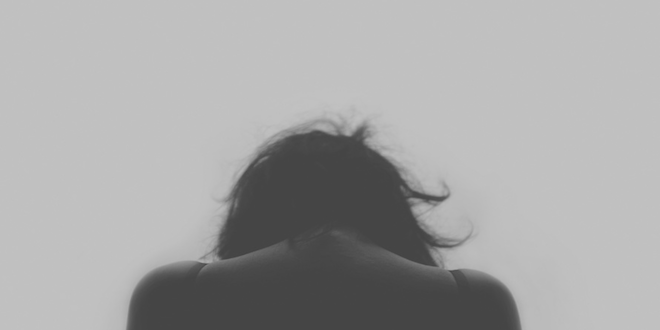 Ask A Buddhist: What happens to someone after suicide?

Sarah Conover has been a Buddhist practitioner for nearly three decades. She’s ready to answer your questions about the faith. What do you want to ask a Buddhist? Submit your questions online or if you would rather not take your answer ‘on the air’ please let Conover know by providing your email with your question.

In Buddhism, what happens to someone after suicide?

What happens to someone after suicide from a Buddhist perspective? My friend, Venerable Chonyi at Sravasti Abbey says, “Rebirth, and then who knows?” It’s a skillful answer. Who can presume to know with certainty the trajectory of a person’s rebirth and beyond?

That being said, the primary ethic of Buddhism is to do no harm. As suicide harms the victim as well as those left behind, it is clearly an act with significant consequences.

Even if a person doesn’t believe in rebirth or an afterlife, the action of suicide rips across the lives of many. Any of us connected to a suicide—even by several degrees of separation—know this truism from experience. We ache not only for the person whose anguish led him or her to this most extreme act, but almost as much for the family and friends left wondering what they could have done to prevent it.

Unlike most other religions, various schools of Buddhism don’t condemn suicide without exception, but exceptions are rare indeed. A human birth is seen as incredibly precious, an opportunity not to be wasted. That the human predicament includes stress and suffering is the First Noble Truth; the Second, Third and Fourth Noble Truths guide our relationship to that suffering.

Not that the transformation of suffering is easy. I don’t diminish the utter anguish that causes someone to end his or her life. Brain scans show that the same pain receptors activated in physical trauma are activated by psychological suffering. In other words, distress and grief can feel exactly like an incapacitating pain assaulting the physical body. I’ve had some experience around this, and I do not belittle the experience. For many, the misery is intolerable and they lack the tools—whether pharmaceutical, spiritual and/or psychological—to see pain’s end on their horizon.  There’s a well-known quote in the field of suicide prevention: “You don’t want to die; you just want the pain to go away.”

From a Buddhist perspective, the reasons for suicide are almost always ripe with erroneous thought, far off the path to happiness and freedom as taught by the Buddha. Andrew Holecek, in his beautiful essay, Relating to Suicide from a Buddhist Perspective, says:

It’s human nature to avoid suffering, how we do so remains the question. In terms of the view, one way to look at suicide…is to understand that suicide comes from a wild case of mistaken identity. In Buddhism, there are two fundamental levels of identity: the relative and the absolute. The relative level is the false level that comes from identifying with the contents of our mind – our thoughts and emotions. Until one enters a genuine spiritual path (where the idea of relative and absolute is first introduced), this is the only level of identity that exists.

In some sense, all spiritual traditions teach that a truer level of identity is available for us to experience other than the complicated and often jarring contents of mind and emotion. Buddhism often uses the metaphor of a cloudless sky to represent our foundational level of being (the absolute) versus the turbulent weather of our everyday life (the relative). Gautama Buddha laid out an eminently practical and gradual path to understanding the truth of ultimate reality while coming to know the storms of daily life as passing, insubstantial phenomena.

In the traditional Buddhist worldview that includes rebirth, if one’s last act is the result a negative mind set, that may affect the person’s best chances for a favorable rebirth. But as Venerable says above, “Who knows?”

In practical terms, she suggests acts that generate blessings on behalf of the dead. Sogyal Rinpoche in the “Tibetan Book of Living and Dying“ has this to say about these offerings:

Meditation and prayers are not the only kind of help we can give to the dead. We can offer charity in their name to help the sick and needy. We can give their possessions to the poor. We can contribute, on their behalf, to humanitarian or spiritual ventures such as hospitals, aid projects, hospices, or monasteries.

Venerable Chonyi adds that we should do these same things for the dead no matter the cause of their demise. 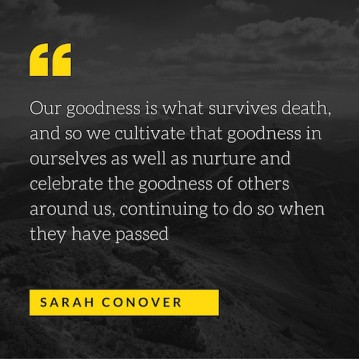 Our goodness is what survives death, and so we cultivate that goodness in ourselves as well as nurture and celebrate the goodness of others around us, continuing to do so when they have passed. Included in a forthcoming anthology of writings by various authors, “The Suicide Funeral (or Memorial Service): Honoring their Memory, Comforting their Survivors,” the Abbess of Sravasti Abbey, Venerable Thubten Chodron has composed a beautiful meditation for survivors of suicide loss that underscores this goodness and love, connecting the survivors with the dead through compassion.

Venerable Chodron also spoke—in non-religious terms—at “In the Spirit of Hope,” the 18th Annual Healing after Suicide Conference. That talk is on-line, and from my research, is far and away the wisest words I’ve heard, Buddhist or otherwise, about what “to do” after the loss of a beloved to suicide. She touches upon many simple and yet radical approaches to transform the love we felt for our special person and our grief at his/her loss. Among her suggestions: recognize the depth of love we shared, rejoice in it, fill our heart with it. Know that, eventually, we will be able share the depth of that love with others in ways we never could have imagined before the death. To transform our grief and love is not dishonoring the dead—it’s honoring them to the fullest.

Fortunately and finally, our country is beginning to come to terms with the fact that suicide, taken out of shame’s corner, can be addressed and mitigated. Only recently has it become state law in Washington that mental health and health care providers must be trained in suicide prevention. Absent such a requirement, mental health counselors, medical professionals—nurses, doctors and even psychologists—are not highly trained in prevention. Someone in crisis seeking help often falls into a chasm of vulnerability due to lack of services.

Zero Suicide Inland Northwest Conference March 11, 12 Gonzaga University
The great news is that Spokane has recently become visible on the national forefront of suicide prevention. The second Zero Suicide Inland Northwest Conference is being held at Gonzaga University this March 11 and 12. It includes professional credits for various trainings, as well as free programs for lay folks that include: Loss Survivors and Support Groups; “Causes, Myths and Prevention of Suicide;” “What Every Mental Health Professional, Provider, Educator and Parent Ought to Know about the Early Onset of Serious Mental Illness in Children and Adolescents.” Some of the keynote presenters are giants in this field, having dedicated their lives to suicide prevention. Last year’s conference stunned me into an awareness of the depth and breadth of this problem and our feeble national response to it. But all that is beginning to change. Two Washington organizations to stay in touch with for further community involvement: Forefront at www.intheforefront.org, and NAMI Spokane, www.namispokane.org.

Previous Being Christian and Political
Next “Mindfulness A to Z” is book well worth reading, and applying