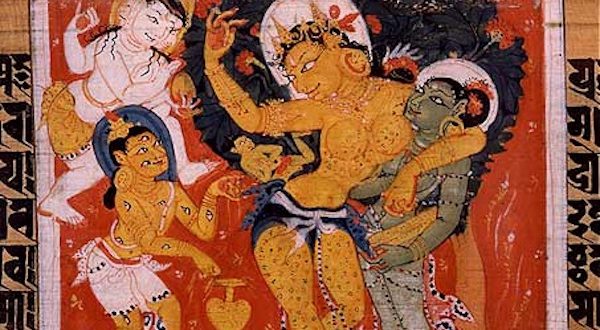 Ask A Buddhist: The Birth of the Buddha

What happened at the birth of the Buddha?

This is a very interesting question because, from a historical perspective, the Buddha’s life story can only be pieced together from short accounts that are found in various Pali (Pali canon is the standard collection of scriptures in the Theravadan Buddhist tradition) and Sanskrit sutras (the main language used by Indian Mahayana Buddhists), and Vinaya sources (Vinaya literature is primarily concerned with aspects of the monastic discipline).

In some accounts, the Buddha was born as a prince in a royal family. In later versions, it is said that he had become enlightened eons ago and emanated as Siddhartha to demonstrate the way to attain enlightenment as a teaching for others. No one account gives the full story of the Buddha’s birth, and it seems that later sources may have added some exaggeration to the recorded accounts, including features that may seem superhuman. It’s impossible to prove whether these are true or not, but we can still learn and gain inspiration from the various accounts.

The first written account of the Buddha’s birth appears in several Pali sutras from “The Collection of the Middle-Length Discourses,” which were written down around the first century BCE in Sri Lanka. Siddhartha, the man who became Buddha Shakyamuni, was born to a wealthy warrior family from the Gautama clan in the state of Shaky, which had its capital in Kapilavastu on the border of what is present day north-central India and Nepal.

Siddhartha was born in Lumbini Park in Nepal. Sanskrit sources identify Buddha’s mother as Maya-devi, who died shortly after his birth. As was the custom of the time, Siddhartha’s father then married Pajapati, the sister of Maya-devi, who nursed and raised Siddhartha. The Buddha ordained her many years later as the first Buddhist nun.

Perhaps you’re familiar with the more widely propagated account of Buddha’s miraculous conception and birth. It seems that many Buddhist traditions subscribe to the story that tells of the Buddha’s mother, Maya-devi, retiring to her quarters to rest during a midsummer festival. She fell asleep and dreamt a vivid dream where four angel-like beings carried her to high, white mountain peaks where they clothed her in flowers. A magnificent white bull elephant with six tusks and carrying a white lotus in its trunk approached her, circumambulated her three times and having struck her on her right side, entered into her.

As was the custom of India at that time, women returned to their family home to give birth. Suddhodana had made preparations for Maya-devi to travel to her father’s house in safety and comfort on a palanquin carried by one thousand courtiers. When her great procession passed by Lumbini Grove, the blossoming trees enchanted Maya-devi and she asked to stop for a while in the park. She entered the grove and rested under a sala tree. As she reached up to touch one of the blossoms, her son was born. Often it is said that he was miraculously born from her right side. It is also said that the newborn infant stood, took seven steps, and proclaimed, “I am the World-Honored One!”

Contemporary scholarly research has uncovered more details, but with such little factual evidence, we can only speculate what actually took place. One source noted that some aspects of the birth story resemble accounts of the birth of Indra in the Rig Veda, a Hindu text. After Alexander the Great conquered central Asia in 334 BCE, there was considerable intermingling of Buddhist and Hellenic art and ideas that could also have influenced the recorded accounts. The story of Jesus’ birth, too, may have added to an embellished version of the story when Buddhist traders returned from the Middle East.

In summary, there are various Buddhist traditions, each giving different accounts of the Buddha’s life story, indicating how they conceive of a Buddha and what we can learn from his example. Find one that resonates strongly with you and discover how it can inspire your practice.

Previous A Ku Klux Klan Docuseries is Coming to U.S. Television
Next Does being wealthy make you more charitable?