Ask A Buddhist: How do you deal with small disagreements?

In Buddhism, how do you deal with small disagreements? 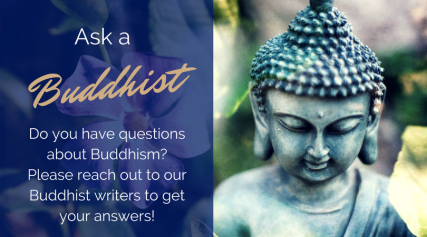 Throughout life, we are confronted with many opportunities for disagreements to unfold—small, medium and large. You want Chinese takeout for dinner, but your boyfriend wants pizza. You want to sleep late on weekends, but your roommate is a noisy early bird. You hold certain political views based on your values, but your sister feels just as passionately about her opposing views and shares them with you on social media. Your boss is more interested in productivity and the bottom line, while you’re committed to good customer relations. How do we deal with the inevitable disagreements that we encounter day in and day out? If we simply react to disagreements, we are likely to generate unproductive emotions like irritation, anger and resentment which will lead to more problems now and in the future. But if we’re committed to a peaceful outcome for ourselves and others, we need to find skillful methods to communicate and connect.

Self-awareness is a key to avoiding conflict when disagreements arise, to keep small disagreements small. Most important in any situation is to understand what’s happening in our own mind. What are we thinking? What’s going on? Have our buttons been pushed? Do we feel threatened in some say way? Is our drive towards accomplishing happiness thwarted? Are we feeling a lack of respect or criticism for our opinion or point of view? What’s actually happening in our mind as the disagreement unfolds?

To understand how greater awareness helps diffuse a small personal disagreement with someone, let’s do an experiment. Call to mind a recent disagreement you’ve had and examine what you were thinking and feeling at the time. So often, we focus on what the other person is saying and doing, but it’s much more productive to look into our own thoughts to understand how we were describing the situation to ourselves. Now check: how did the way you described the situation to yourself influence how you experienced it? Were you attached to your idea, point of view or way of doing things? Were you assigning a negative motivation to their speech or actions, or blaming others for how you were feeling?

We often assume that what we think is 100% true, right? But often we’re unaware that how we interpret events biases our thinking and subsequent actions. If we can learn to step back and try to see things from the other person’s perspective, we’d probably avoid 90% of the disagreements that we get into.

In his public talks and books, His Holiness the Dalai Lama often reminds us of our common humanity, that all living beings equally want happiness and want to avoid suffering. Since we all want happiness and don’t want suffering, if we show others kindness, love and respect, they will respond with kindness, love and respect. If we show others anger, disrespect and contempt, they will show us the same. For this reason, he says that we would be wise to treat everyone just as well as we treat those close to us. Keeping this advice in mind, I suspect we can prevent many disagreements.

Previous Evangelicals are figuring it out
Next Ask An Evangelical: Forsake your family?