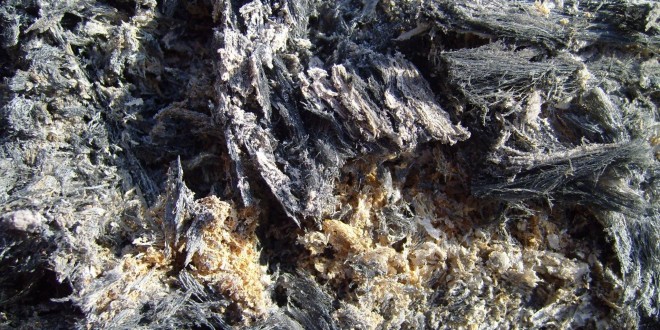 Ash Wednesday a reminder of our mortality, and a prompt to be fully alive

This past summer I discovered that shoddy work on my home by previous contractors resulted in a major issue in one of my exterior walls. I contacted the HOA (responsible for remedying the work) and, soon after, was in the midst of a major construction project. There were several consequences — I could not finish unpacking (I just moved back in May) and had boxes everywhere, I had to empty my dining room completely and subsequently had my dining room table in the living room, and there were layers of construction dust EVERYWHERE.

I am a very tidy person — keeping my house clean lowers my stress level and makes my home a sanctuary for me and a comfortable place for anyone who visits.  The entire construction process elevated my stress levels tremendously and finding dust on every surface, in every drawer, on every piece of clothing, and on my dog’s toys nearly sent me into a panic attack every day.

Even now, after nearly six months post-construction, I still occasionally find piles of construction dust under and around things that don’t get moved often (or at all).  But, for the most part, the dust is gone.

Last week, the liturgical church observed Ash Wednesday and moved into the season of Lent. Ash Wednesday is the recognition and remembrance of the fact that humans are mortal and frail. The creation stories tell us that we were created from dust and that we will ultimately return to dust.  As congregants near the pastor, the pastor smears ashes on their foreheads and says, “Remember that you are dust, and to dust you shall return.”

Ash Wednesday is one of the services in which I break down every year (All Saints’ Day is the other guaranteed tear jerker). It is hard for me to acknowledge my own mortality and frailty without also remembering those loved ones who have gone before me and faced their own mortality through their deaths.

This particular Ash Wednesday was especially difficult. Earlier in the day last Wednesday, I spoke with my parents and learned that the family dog, Domino, was rapidly approaching her own passing. While I would never venture to say that a family pet holds the same weight or importance of human family members, it does not change the fact that it was a very difficult day simply due to the fact that Domino passed.

Two days later, I received word that the mother of a very close friend from grad school passed away, too.  Annie’s (name changed) Facebook posting said, “God is still good and we received lots of miracles thanks to all your prayers. My dear mom passed away 11:30 last night.” Later posts from various friends and family talked about her mother’s actions and how, through various volunteering and taking others under her wing, she truly exemplified Jesus during her time on earth.

Twenty four hours later, I spoke with another friend — a teacher at a local high school — who lost a student to gun violence the previous evening. In addition to being her student, this young man was the cousin of her boyfriend (also a teacher at the school). Simply put, it was (and is) another senseless loss of life.

Ash Wednesday is clearly a reminder that, as humans, we are frail and mortal.

But Ash Wednesday also reminds us that ALL we were WAS dust (thanks to Calvary ELCA Federal Way Pastoral Intern Carrie Smisek for this reminder) and God took that dust, creating and forming us into a vibrant, diverse people.  We are not called to simply lounge around waiting to return to dust.

Looking back at all that construction dust that plagued my home for many months…I could never mold and create that dust into anything more than what it is. But God breathes life into us—creations from dust—and calls us to be fully vivacious and alive (and, I would argue that Domino, even as a dog, responded to that call and brought much joy to those around her for all the years of her life).

So even in this solemn season of Lent, remember that we were nothing.  But today, we are called to be everything.

Previous Ask An Eastern Orthodox Christian: Is your church a schism?
Next Pope versus Trump: Catholics in the US are politically homeless