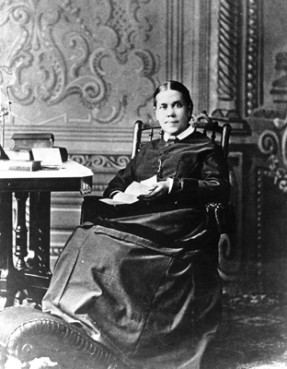 As they turn 150, Adventists still pray for the Apocalypse

Over the past 150 years, Seventh-day Adventists have built one of Christianity’s most inventive and prosperous churches – while praying for the world to end as soon as possible.

A small band of believers has mushroomed to more than 17 million baptized members, including 1.2 million in the U.S. Nearly 8,000 Adventists schools dot dozens of countries. Hundreds of church-owned hospitals and clinics mend minds and bodies around the world.

You might expect Adventists to celebrate their success while marking their church’s 150th anniversary this May. There’s just one problem: the church wasn’t supposed to last this long.

Back in the 1860s, the founders of Seventh-day Adventism preached that Jesus would return – and soon. That’s why they called themselves “Adventists.” By Second-Coming standards, the church’s long life could be considered a dismal sign of failure.

“If you took a time machine and visited our founders in May 1863, they’d be disconcerted, to say the least, that we’re still here,” said David Trim, the church’s director of archives and research.

Current Adventists aren’t exactly excited about the anniversary, either.

“It’s almost an embarrassment to be celebrating 150 years,” said Lisa Beardsley-Hardy, the church’s director of education. “But it’s also an affirmation of faith in Christ’s return.”

Adventist leaders have slated May 18 — the Saturday before the 150th anniversary — as  “a day of prayer, remembrance and recommitment to mission.” On May 21, Adventists will hold a small ceremony at church headquarters in Silver Spring, Md. Don’t expect balloons or birthday cake.

“In one kind of way it really is a sad event,” said Michael Ryan, a vice president at the church’s General Conference, its top governing body.

“We’re a church that by its name believes in the Second Coming of Christ, and we have been hopeful that long ago Christ would have come and taken the righteous to heaven and this world would have ended.”

But Jesus told Christians to occupy themselves until he returns – advice that Adventists take to heart.

Ryan, the church’s director of strategic planning, said he eagerly anticipates projects to open health centers in poverty-stricken communities and a 26-story hospital in Hong Kong. Besides worshipping on Saturday – the biblical seventh day when God rested – Adventists may be best known for their healthy lifestyles. Studies show they live about 10 years longer than their neighbors.

Of course, most Christian churches preach the Second Coming, and nearly half of Americans believe Jesus will return in the next 40 years, according to a 2010 poll conducted by the Pew Research Center. But few American churches have been built on the ashes of apocalyptic dreams.

Adventism was founded in the aftermath the Great Disappointment, which dashed the hopes of some 50,000 followers who expected Jesus to arrive in 1844. Some had sold their possessions and let their fields lie fallow. The celestial letdown drove a few insane, crushed under the weight of what social psychologist Leon Festinger would later call “cognitive dissonance.”

But the movement did not disintegrate, as Festinger argued. Instead, early Adventists like James and Ellen White adjusted their beliefs. Something of divine import had happened in 1844, even if it wasn’t the Second Coming, they taught.

Meanwhile, Adventist leaders brought dejected believers together, feeding the hungry and bonding over their shared disappointment. While keeping watch for Jesus coming in the clouds, Adventists also turned an eye to earthly time, setting Saturday as their Sabbath and preaching the value of healthy living.

Over time, Adventists’ social bonds and distinctive doctrines “led to the creation of a church which survives and prospers today as one of the fastest-growing denominations in Christendom,” writes Stephen O’Leary, a scholar at the University of Southern California.

When those doctrines sail against cultural winds – as when Adventists are forced to work on Saturday, or famous members back Creationism – church solidarity strengthens, scholars say.

Adventist growth is especially intense in Latin America and Africa, where people are attracted to the faith’s blend of ethereal optimism (Jesus is coming soon!) and earthly education (Eat your vegetables until he does.)

“It’s a religious movement whose belief system compensates for both human needs and human longings,” said Edwin Hernandez, a research fellow at the University of Notre Dame’s Center for the Study of Latino Religion.

But some Adventists worry that the church’s modern success may bring Adventism full circle: a movement haunted by the hereafter becomes preoccupied with the present.

Adventism thrives because of the urgency of its message, argues church historian George Knight. Countless missionaries have crossed the earth to warn of Jesus’ imminent arrival. “When that vision is gone,” Knight writes, “Adventism will become just another toothless denomination that happens to be a little more peculiar in some of its beliefs than others.”

But Adventist leaders say the apocalyptic pull is still strong at church headquarters, especially during planning sessions. “I see that in our education system,” said Beardsley-Hardy. “Not wanting to over-invest in building because Jesus is coming.”

Beardsley-Hardy said she feels the same tension in her personal life. Should she sock away extra money in her retirement account, she wonders, or gratify immediate needs?

As a child, Beardsley-Hardy said she was convinced that every passing thunderstorm heralded the Second Coming. Now 54, with two children and two grandchildren, she said that sense of urgency is returning.

“I’m getting back to waiting,” Beardsley-Hardy said. “But I’m kind of glad the Lord has tarried.”

Previous If love waits, does a backlash follow?
Next Whitworth President elected to Association of Presbyterian Colleges and Universities Board of Directors