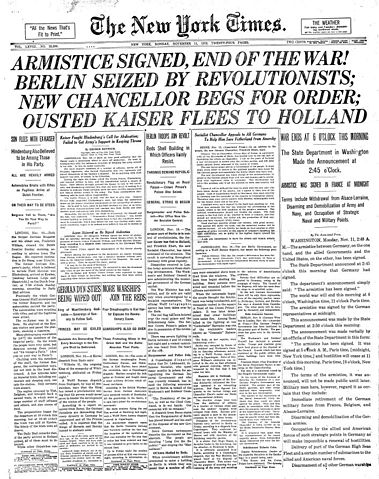 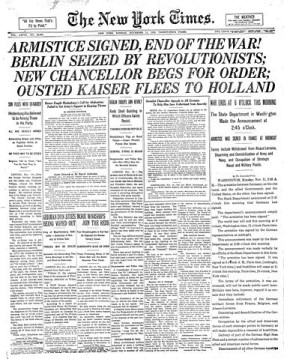 What started out as Armistice Day, the 11 hour of the 11th day of the 11th month, the end of World War I, the Great War, has become Veterans Day.

In November 1919, President Wilson proclaimed November 11 as the first commemoration of Armistice Day with the following words: “To us in America, the reflections of Armistice Day will be filled with solemn pride in the heroism of those who died in the country’s service and with gratitude for the victory, both because of the thing from which it has freed us and because of the opportunity it has given America to show her sympathy with peace and justice in the councils of the nations…” (http://www.va.gov/opa/vetsday/vetdayhistory.asp).

It is my understanding that German and Allied Soldiers, of all ranks, came out of the trenches, met in “no man’s land” and toasted the cessation hostilities of with brandy. Men that just a few days before had been trying to kill each other chose to step beyond what had been, and celebrate, embrace, the new, peace.

Previous Being a true patriot means loving country through sorrow and sin
Next Serpent handler-TV star has a new cause: religious liberty