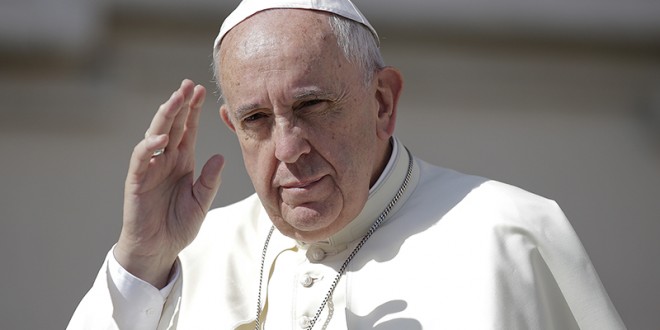 Pope Francis waves as he arrives to lead his Wednesday general audience in Saint Peter's square at the Vatican on June 17, 2015. Photo courtesy of REUTERS/Max Rossi *Editors: This photo may only be republished with RNS-POPE-ENCYCLICAL, originally transmitted on June 17, 2015.

Are you going to see the pope?

SpokaneFāVS will be traveling to Philadelphia at the end of this month to cover Pope Francis’ first visit the United States.

So far, FāVS has found one Spokane family — the Finleys — who will also be attending the papal visit. They’ll be there at the invitation of Philadelphia’s Archbishop Charles J. Chaput to speak on a panel at the World Meeting of Families.

Will you also be traveling to see the pope? FāVS wants to know! We’re looking for people from the Eastern Washington/North Idaho region who will be at the World Meeting of Families this month to see Pope Francis. If that’s you,  or someone you know, email tracysimmons@SpokaneFAVS.com.

You can follow our coverage of the papal visit on this page, which will be updated regularly from Philadelphia.

So cool that FAVS is going!