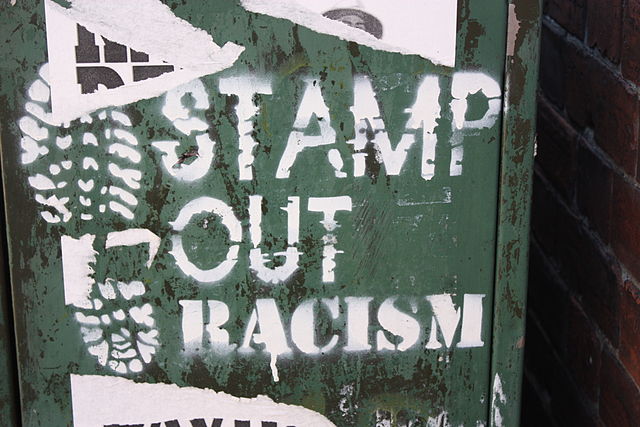 Are we confronting our racism?

Since the election I have noticed several new developments among progressives who want an America that relates better to its citizens and to other nations. First, there has been a dramatic increase in actions undertaken by progressives. Second, there is a more overt questioning of our nationalism, often comparing and contrasting it with religion, especially Christianity. Finally, I have noticed more progressives are questioning Christianity as being the main intellectual support of a subtle racism, called structural racism, which is invisible to most of us. I will here outline some thoughts on these three developments, with the aim of elucidating and ridding us of the racism and sexism that prevent us from achieving justice in our social relations.

With amazing ease many progressives pick a time and location for an action, usually speeches and marches, and call people to gather. But for what? If we take no concrete action, how will we sustain our interest in Justice? Without concrete action to counter injustice we will become cynical and burnt out. We have to use our power to physically counter the injustice.

A corollary to this first observation is that I have not seen a very sophisticated analysis of the historical causes of the injustice. We need to educate ourselves beyond the material our schools, churches and mainstream media have given us.

Take Kant, for instance, the central figure in modern western philosophy. At one time I accepted Kant’s wisdom that in order for us to be in tune with any morality, our ultimate source must be the principle of “equality.” But what I did not realize then was that Kant was an out and out racist. His equality, like our Constitution, extended to humans in direct proportion to their humanity, or rationality. This left points down: women, and out of it: Africans. He accepted the Great Chain of Being from Plotinus in which each particle and every species in creation was ranked according to power and goodness, being more or less close to God and to worthiness. Thus, we whites, by our color and genesis, had the natural right to tell those farther down on the Great Chain what to do, what to believe and how to serve our desire for possessions and power.

All nations in the modern world seek to possess and exert power; nationalism finds it expedient, and therefore “natural,” to make subservient those who are not quite like us. So we demonize the other, thereby creating the very differences we use to further demonize them. Mere difference becomes the justification for oppression.
We force the “other” to work long hours in the heat of the day, deny them the wherewithall to wash their clothes or bathe, and then further demonize them for their body odor. We teach them our culture and our successes, not their own, as if they were not important or did not even possess their own history and ideas. We then criticize them for not having the mental power to succeed in our schools.

Nationalism’s tendency to demonize the “other” is given further justification when religion is thrown into the mix. We see this with Israel, how they took the covenant that held Israel as an example of moral nationalism among equal nations and twisted it to make it seem that God had given them the right to rule over other nations. And so they steal Palestinian land, agriculture, water and dignity.

Looking back at the history of Christianity in Europe, Jews were portrayed as barbarians, unworthy of favored nation status. Kant held that Jews were not fully human or deserving of equality, believing that the near bestial irrationality of the Israelites led them to abandon the God-given “Christian ideals” of the covenant, thus forsaking it. Christians replaced Jews in the covenant.

White, western Europeans, at least the males, were considered more worthy – and thus white, European, Christian racism was born under the cover of developing Christianity. Of course America adopted the idea that we were the Light on the Hill having a manifest destiny to rule the new world.

The solution? We must realize that Jesus was and remained a Jew. We must accept the miscegenation that comes with adopting an inclusiveness of all people of good faith, including atheists, pantheists and pagans, a tendency in liberal Judaism since the time of Abraham. Here’s Abraham with the sides of his tent rolled up, ready to accept all peoples; what a house of prayer! Paul said it when he stated, “there is neither Jew nor Greek… no male and female…”

The solution must be a radical equality manifest in all our social, cultural and political relations. All “others” are our neighbors. We must talk about this idea, practice it at our meetings and adopt programs that enforce equality politically, through reason and evidence, not media and political investments.

We whites must be aware of and ask for illumination of our hitherto racial invisibility. We must become willing to self-critique and self-correct, without defensiveness, but with a “thank you.” Is there any other honest way to salvation? Leonard Cohen said it when he sang, “All men will be sailors then, until the sea shall free them.”