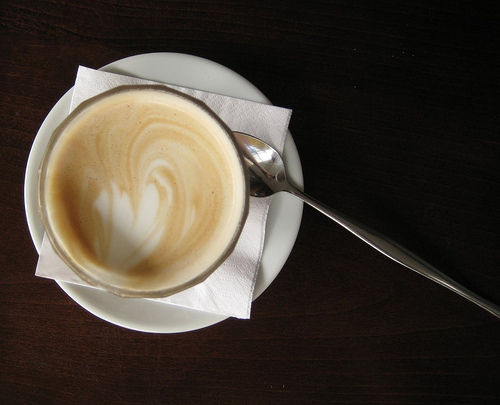 Are Passover Pete, lattes and other marketing techniques good for denominations?

The day after Easter, Jon Stewart had an absolutely hilarious segment on the Daily Show about the difference between Easter and Passover. Both holidays were observed at the White House last weekend. His point was the Easter celebration was far more fun than the Seder. He was worried that kids, given the choice between Easter baskets filled with chocolate bunnies, Easter eggs and all sorts of goodies, and the traditional Seder plate of bitter herbs, lamb bone and hard boiled egg, would choose Easter. He demanded a marketing revolution for his Jewish faith represented by Passover Pete, a guitar-playing and pizza-eating cartoon lion. Like all good social comedic commentary, he pointed to the greatest temptation all faiths in a consumer culture are faced with: the use of marketing to sell religion.

In the 1970s there was a movement within the American church called the Church Growth movement. The idea was to use modern marketing techniques like consumer surveys, advertising and adjusting worship to give people what they wanted out of church. It would fill the pews and problem solved. Like Passover Pete, the church was made friendlier. Down went the cross, and up went the PowerPoint presentations. Music mimicked the beats and lyrical simplicity of pop music. The church stopped using theological language and turned to topical sermons about how to improve your marriage. The marketing worked, the churches became mega, though few of the attendees (the word 'member' did market well) now know what Paul meant by sanctification. Has this been good for Christianity? So few who bought into this can tell you the basic beliefs of the church they attend, though they like the music and church is really cool with its lattes.

Dire Straits, indeed, for the faiths, “money for nothing and attendees for free.”