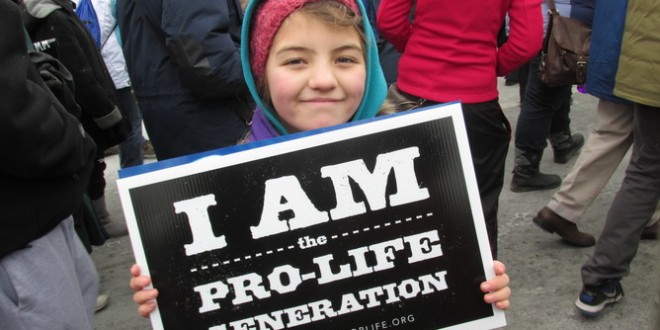 The Supreme Court seems poised to take on the abortion issue again, and with reason.

On June 29, by a five-to-four vote, the Court temporarily blocked a Texas law that would force many clinics to close, guaranteeing that the state’s new law would not take effect until the justices decide whether to rule on its constitutionality. And then on June 30, the Court did not take action on a case involving a similar abortion restriction passed in Mississippi.

Sooner or later, it is inevitable that the Court will have to address what seems to be a new generation of anti-abortion laws.

With over 330 abortion restrictions introduced in the first four months of 2015 alone, it is easy to believe that we have started a new chapter in the abortion wars.

And it’s not just the volume of new laws that seems noteworthy.

These restrictions seem different in kind.

Texas and Mississippi have passed admitting-privileges laws that threaten to shutter a majority of clinics. If its law went to effect, Mississippi women would almost certainly have to leave the state to have an abortion.

So how different are the latest generation of abortion restrictions, and what do they signal about the future of conflict about reproductive reproductive rights?

Planned Parenthood of Southeastern Pennsylvania v Casey, a 1992 case, set out the test that the courts still apply in evaluating abortion regulations.

Under Casey, the courts strike down abortion regulations pre-viability only if they have the intent or effect of creating a substantial burden on a woman’s abortion decision. While the test is notoriously vague, Casey clearly recognizes some abortion rights for women prior to fetal viability.

In spite of Casey’s clear mandate, however, at least 11 states have banned the termination of pregnancy after 20 weeks, well before the earliest point of viability (recent studies have found that only a small number of infants born at 22 weeks can survive.

Calling for an end to “abortion dismemberment,“ Kansas and Oklahoma have also introduced laws that would likely ban dilation and evacuation, the most common second-trimester procedure.

Understood in historical context, however, the latest abortion restrictions are familiar.

These laws belong to a decades-old approach many call incrementalism.

As I show in my book, After Roe: The Lost History of the Abortion Debate, activists developed incrementalism in the mid- to late 1970s.

The approach took shape because antiabortion activists had failed to achieve their original goal, a constitutional amendment banning all abortions.

Even with Ronald Reagan in the White House and a sympathetic Congress, antiabortion activists did not get what they wanted.

Incrementalists, many of them lawyers, argued that the movement would die out unless it had concrete victories to show its supporters. Activists would champion the most aggressive laws that the Supreme Court would likely uphold at any particular moment. Incrementalism attracted pioneering antiabortion lawyers like Dennis Horan and James Bopp, Jr, the lawyer later responsible for Citizens United v FEC, the case that gutted campaign finance laws.

These advocates came to believe, in the words of antiabortion activist James Gorby, that their movement would get somewhere only it was willing to gradually “chip away [at] and erode the Roe decision.”

Over time, as rights narrowed, Roe would lose meaning, standing for an ever-changing and incoherent series of protections. Eventually, abortion rights would crumble.

In a worst-case scenario, incrementalists believed that the courts would refuse to overrule Roe but still uphold so many restrictions that few women could access abortion.

The latest abortion restrictions, in other words, should be familiar to any veteran observer of the abortion wars.

The leaders of the groups that masterminded incrementalism – Americans United for Life (AUL) and the National Right to Life Committee – are still drafting the laws.

And for the most part, the new antiabortion laws do not challenge the idea that women have abortion rights. Instead, the movement is working to reduce (or eliminate) access to the procedure.

Just the same, something fundamental about incrementalism is changing.

For decades, antiabortion pragmatists went for the easy victories – asking legislators to introduce laws that were close to the ones the Supreme Court had already upheld.

The 2015 restrictions depart from that script. They don’t just make abortions harder to obtain or more emotionally painful – they close down clinics. And some of the new restrictions obviously violate the principles set out in Casey.

What explains this new boldness?

One answer involves antiabortion infighting that reaches back to the very start of incrementalism. The fact is that the incremental strategy was controversial in the 1970s.

Movement absolutists saw incrementalism as a betrayal of the idea that the unborn child was a person with constitutional rights. Incrementalists, in turn, saw absolutists as impractical idealogues who could undermine the movement’s momentum.

The tension between absolutists and incrementalists is still there.

Recently, for example, voters in Mississippi and several other states considered personhood amendments to their state constitutions that would ban abortion outright. None of them passed, but they did expose the fault line in the antiabortion movement that incrementalism created.

Movement absolutists like Judie Brown of the American Life League see incrementalists as sellouts. After all, no incremental restriction actually bans abortion or recognizes fetal rights.

For example, when the United States Catholic Conference joined incrementalists in refusing to back personhood amendments in 2008, Brown again went on the attack, denouncing incrementalism as a “political, gutless position.”

Incrementalists compromise, and for some in the antiabortion movement, compromise is poison. So it may be that the absolutist community has pushed major organizations like the AUL to adopt more ambitious goals.

For Americans who support abortion rights, however, there is a darker explanation for the new boldness of incrementalists.

What is the Supreme Court thinking?

Incrementalism operates by identifying restrictions that the courts will likely uphold. Movement leaders seem to have wagered that the Supreme Court is ready to narrow abortion rights even more.

So, is incrementalism working? Given the Supreme Court’s recent reluctance to hear an abortion case, it is hard to say for certain.

What is clear is that the court’s most recent decision, in Gonzales v Carhart in 2007, described what pro-lifers called “partial birth” abortion in terms that would resonate with any movement member.

What is the difference between the two?

Fetal dignity involves the supposed harm that late-term abortion does to everyone besides the fetus – the doctors performing the procedure, the women regretting it and the community coarsened by it. Carhart certainly sounds like something written by a court that incrementalists would love.

Since the future of legal abortion hangs in the balance, the stakes are substantial.

It is too early to say whether the new incrementalist bet will pay off. Nevertheless, the movement’s ambitions show that abortion opponents have transformed a tested tactic.

There is something new in the old incrementalism after all.

Previous Ask an Atheist: How do you explain the precision of creation?
Next Local Veterans Retreat Uses Art Therapy to Treat PTSD