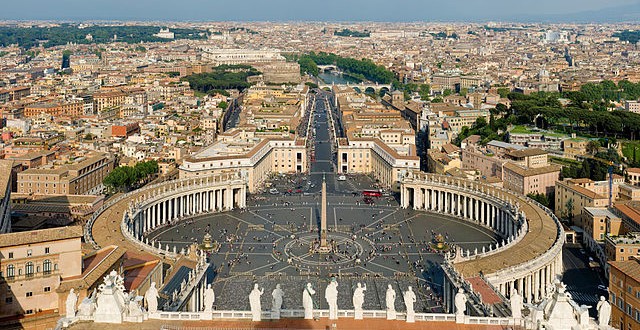 Archbishop Chaput blasts Vatican debate on family, says ‘confusion is of the devil’

NEW YORK (RNS) Philadelphia Archbishop Charles Chaput, a leading culture warrior in the U.S. hierarchy, says he was “very disturbed” by the debate over church teachings on gays and remarried Catholics at this month’s Vatican summit, saying it sent a confusing message and “confusion is of the devil.”

In a lecture delivered Monday evening (Oct. 20) in Manhattan, Chaput also suggested that in the wake of the rapid series of court decisions legalizing same-sex marriage in more than 30 states, Catholic priests might consider opting out of certifying civil marriages as a sign of “principled resistance.”

Chaput is expected to host Pope Francis in Philadelphia next September for a global World Meeting of Families, and his criticisms tracked complaints by other conservatives who were upset with Francis for encouraging a freewheeling discussion among the 190 cardinals and bishops at the Vatican’s two-week Synod on the Family.

The 70-year-old archbishop, who was not part of the Rome summit,  made his remarks in response to a question after a lecture event sponsored by the conservative journal First Things.

“I was very disturbed by what happened” at the synod, Chaput said. “I think confusion is of the devil, and I think the public image that came across was one of confusion.”

Francis convened the synod as part of a two-year discussion on the Catholic Church’s response to rapid changes in modern family dynamics. Media attention focused on proposals that would push the church to be more welcoming to gay Catholics, and to cohabiting couples and the divorced and remarried, who are currently barred from receiving Communion.

An interim report on the closed-door discussions included calls for the church to reject an “all or nothing” approach to families in “irregular” situations, such as those who are divorced or living together without being married.

The midpoint report also said there were “positive elements” in those relationships, as well as in the love between gay couples, and it said gay Catholics have “gifts and qualities” to offer the church and should be welcomed.

Such language, even if not final or official, was unprecedented for church leaders and it prompted a media tsunami. It also upset conservative churchmen at the synod, and they spent the second week engaged in a concerted effort to water down that language for the final report.

They largely succeeded, though Francis said that the church’s approach to gays and lesbians, and to divorced and remarried Catholics, should continue to be debated.

In his remarks on Monday, Chaput said the final synod report was an improvement. But he was still concerned that it did not go far enough in clearing up the confusion and clearly restating church teachings on marriage and homosexuality.

“None of us are welcomed on our own terms in the church. We are welcomed on Jesus’ terms,” he said. “That’s what it means to be a Christian. You submit yourself to Jesus and his teaching. You don’t re-create your own body of spirituality.”

Chaput also raised eyebrows when he urged the nation’s Catholic bishops to consider stopping the signing of civil marriage licenses for all couples in response to what he called the “new marriage regime” of same-sex civil marriage. Pennsylvania, along with more than 30 other states, now allows same-sex marriage.

By long-standing U.S. practice, a Catholic priest, like any licensed clergy, acts as an agent of the state when signing a couple’s marriage certificate.

“It’s hard to see how a priest or bishop could, in good conscience, sign a marriage certificate that merely identifies ‘Spouse A’ and `Spouse B,’ ” Chaput said in his prepared remarks.

“Refusing to conduct civil marriages now, as a matter of principled resistance, has vastly more witness value than being kicked out of the marriage business later by the government, which is a likely bet,” he said.

Chaput said he wasn’t necessarily endorsing that move yet, but “in the spirit of candor encouraged by Pope Francis,” he said the American bishops should “discuss and consider it as a real course of action.”

The idea of separating civil and sacramental marriage services has been floated by religious conservatives and some liberals, who saw denying civil marriage to same-sex couples as an injustice. But Chaput appears to be the most high-profile Catholic leader to raise the issue.

The U.S. Conference of Catholic Bishops meets for the fall meeting next month in Baltimore, and it was unclear whether Chaput will bring it up then, or whether the idea — which is a major break from tradition — would garner any support if he did.

Chaput’s lecture, titled “Strangers in a Strange Land,” focused on the theme that traditional believers are experiencing an internal exile akin to that of the ancient Israelites in Babylon.

Chaput said that the U.S. Supreme Court decision earlier this month not to review state appeals against gay marriage was a “tipping point” that confirmed that traditional believers are now a minority in society and on the defensive. He blasted gay activists for their “dishonesty” and “hatred” of gay marriage foes and said the portrayals of traditional believers as homophobic is “dishonest and evil.”

“We also need to thank God for the gift of this present, difficult moment,” Chaput said. “Because conflict always does two things: It purifies the church, and it clarifies the character of the enemies who hate her.”

Previous Ebola and the Lessons of the First Christians
Next My Evangelical Response to Historical Criticism, Cherry Picking and Verse Lifting

This, this, THIS!
“None of us are welcomed on our own terms in the church. We are welcomed on Jesus’ terms,” he said. “That’s what it means to be a Christian. You submit yourself to Jesus and his teaching. You don’t re-create your own body of spirituality.”