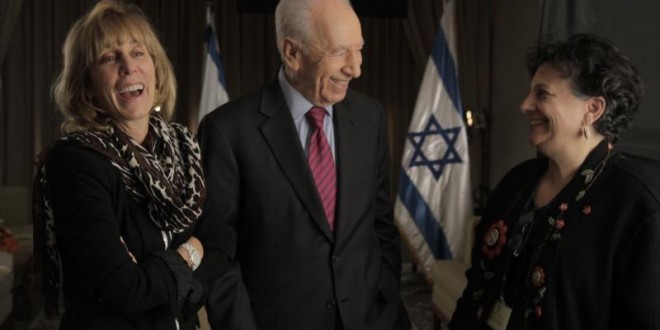 The 11th Annual Spokane Jewish Cultural Film Festival, which begins March 19, will feature three diverse films that show the reality of Jewish experience, according to a press release.

General admission tickets per film are $10 and $7 for students. A Saturday Night Film and Reception is $25. All films will be shown at the Magic Lantern Theater. To purchase tickets, or for more information, please contact Spokane Area Jewish Family Services at 747-7394, or visit the festival online.

Opening Night Film: “Zero Motivation” (Thursday, March 19, 7:30 p.m.)
The festival will kick off with writer/director Talya Lavie’s military satire “Zero Motivation.” A smash hit in Israel and winner of the Best Narrative Feature Award at the Tribeca Film Festival, “Zero Motivation“ is a unique, sharply observed, sometimes dark and often hilarious portrait of everyday life for a unit of young, female soldiers in a remote Israeli desert outpost. Playing out like “M*A*S*H” meets “Orange is the New Black,” Lavie’s debut details the power struggles of three women with different agendas and very little to do.

Festival Reception at Boots Bakery and Lounge, Saturday, March 21, 6:45 p.m. (Film begins at 8 p.m.)
A reception to celebrate the SJCFF 2015. Participants can have glass of wine and dessert in one of Spokane’s hotspots while supporting Jewish Family Services, then venture across the street for a showing of “The Green Prince” at 8 p.m.

Centerpiece Documentary: “The Green Prince” (Saturday, March 21, 8:00 p.m.)
Set against the chaotic backdrop of recent events in the Middle East, Nadav Schirman’s “The Green Prince“ retraces the details of a highly unprecedented partnership that developed between sworn enemies. In the style of a tense psychological thriller, this documentary, which won an audience award at last year’s Sundance Film Festival, recounts the true story of the son of a Hamas leader who emerged as one of Israel’s prized informants, and the Shin Bet agent who risked his career to protect him.

Closing Night Film: “Above and Beyond” (Sunday, March 22, 7:30 p.m.)
The first major feature-length documentary about the foreign airmen in the ’48 War, “Above and Beyond” brings together new interviews with the pilots, as well as stunning aerial footage, to present a little-known tale filled with heart, heroism and high-flying chutzpah. The film follows the pilots on their circuitous route from the United States – where they met and trained in secret and struggled to stay two steps ahead of the FBI – to Panama, Italy and Czechoslovakia, where they flew versions of the very Nazi planes they had tried to shoot down in World War II.