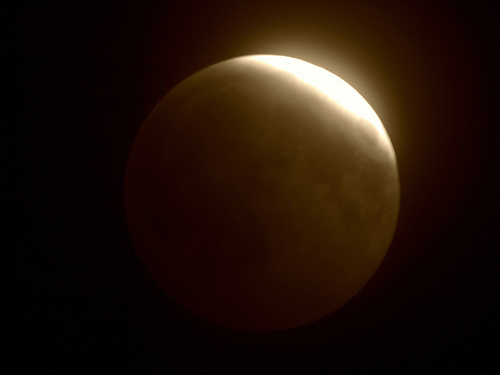 The ancient tradition of Solstice – celebrating darkness into light

Do you know the significance of Solstice? Many don’t, or have a little understanding of it — placing the whole matter in the realm of pagan non-significance. I don’t claim to be a scholar on the matter but it’s important to me. So, here’s my perspective.

Long, long ago across many lands, people were evolving from hunter-gatherer societies to agricultural ones. As such, their goddesses, gods, rituals, stories, legends and symbols evolved to match their experiences. A common phenomena and something we do to this day.

Festivals and celebrations were assigned to seasons, harvests and weather. Whole societies celebrated similar enactments often in parts of the world where sharing tradition would have been extremely difficult. What this suggests is something deep within the psyche of being human that recognizes its part in the great cycling system of life and death.

The Solstice honors one such cycle — turning back toward the light after many long weeks of increasing darkness. You can imagine how joyous this celebration must have been for those people living in the most northern countries.

Greenery was brought into homes, candles and fires burned brightly usually accompanied with days and days of great merriment, story-telling and relief. This was a time when people let it all hang out after weeks and weeks of darkness, cold, isolation, boredom, and what had to have been a certain kind of anxiety. Solstice was the big party before the coming months of hard labor tending the earth — another cycle about to begin.

How easy to forget that people lived in highly evolved societies for millennia prior to the birth of Jesus, which is the time-touchstone for many western minds. It’s shocking to ponder the successful conditioning we’ve endured that dismisses these people, millions of human beings, upon whose shoulders our modern day world stands. They were primitive, we say. Godless. Pagan. Evil. Their stories, mythologies, religions and symbols have no bearing on us. Their God wasn’t the real God. Those celebrations have nothing to do with me.

We don’t see the connection.

We don’t talk about how Jesus’ birthday was intentionally selected hundreds of years after his death. I have to believe the intent wasn’t with a single purpose — to wipe out traditions that did not align with a religious and political vision. But instead, was born from a desire to harness the energy of this time of year noted by so many people around the world.

But as we all know, with power and a need to control, violence and intolerance are inevitable. Suddenly, agriculturally defined people, like me, were called evil, pagan, sinful, hellbound and everything they celebrated was considered an abomination. I try to allow my imagination to wander to those people who had never heard of Jesus or the Christian movement struggling to define itself. I try to see their faces suddenly terrorized for their beliefs. This is not proud time in the history of human evolution.

Fortunately change is inevitable too. It delights me that there is a wonderful movement looking to honor, once again, the beautiful tradition of returning to the light. I know many of you feel the hair on the back of your necks rise whenever you hear the word pagan associated with your own deeply cherished holidays and festivals. There’s a reflexive desire to keep ‘those things’ separate from the more acceptable and valid ways of observing sacred tradition. But to separate in this way is to perpetuate an illusion. The illusion is thinking that darkness and light, encompassing the human experience, is somehow different for people based on religious or spiritual point of view.

The birth of Jesus celebrated during the time of Solstice is symbolic and beautiful. The brightly lit star guiding the wise men to Bethlehem (most likely not the birthplace of Jesus by the way) is precisely the light the ancients gazed upon in their fiery hearths with hope and cheer. The Light of Jesus — his divinity to illuminate the darkness in men’s hearts is the same light that gave early people hope and trust that the oppressive winter would cease and they would soon be tending the land assuring their survival.

We can take this connection even down to the invention of Santa nearly 200 years ago, although his origin is from earlier folklore. He delivers presents down our chimneys — the symbolic place of the warmth and merriment reflected in those long ago tended flames. His jolly ho-ho-ho is the echo of our ancient brothers and sisters singing and sharing the last of their bounties with those struggling to make it through. Goodwill toward men wasn’t just a sweet sentiment. It was a matter of survival for some.

For me the Solstice is about celebrating these connections in a way that transcends every idea related to opposites: right and wrong, good and bad, even light and dark. All of this celebration is worthy and magnificent and to my mind another example of the Infinite nature of the Divine. I welcome you to join me in celebrating the darkness into light.

Previous Survey says….WA is rolling in 4 of 7 deadly sins
Next Faith and Freedom’s Ralph Reed: Boycott A&E for anti-Christian bigotry