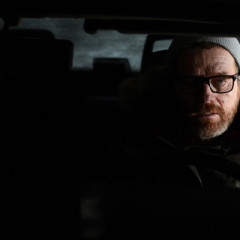 ANALYSIS: The “Breaking Bad” finale was great. But was it good?

WARNING: More spoilers below than the Book of Revelation.

(RNS) Nearly a week after the “Breaking Bad” finale aired, the ending of the megahit cable series continues to gratify, infuriate, and above all fascinate the moralists — professional and amateur — who constitute the audience’s fanboy core and who always framed the most vigorous debates about the show.

That’s understandable: The series at its dark heart is a study of good and evil, and more specifically about how good people can do bad things, how they become bad, or whether we all have a seed of evil within us that can germinate and run amok under the right conditions.

Further proof that the series’ drama is a profoundly religious one is the fact that theologically minded people are still fiercely disputing exactly what the ending meant, and what the series — and its anti-hero, Walter White — stood for in moral and metaphysical terms.

Is the chemistry-teacher-turned-meth-cooker an irredeemable monster? Or maybe he is just one of us — a struggling, middle-class worker bee who gets a diagnosis of lung cancer and, hearing how profitable the drug trade can be, uses his talents to concoct premium-grade drugs to make a quick score that will support his wife and children long after he’s dead.

Certainly the ending was inevitable and unsurprising: White dies, as he had to. The show’s creator, Vince Gilligan, made it clear – yes, some held out hope over the course of five seasons — that “this story was finite all along. It’s a story that starts at A and ends at Z.”

But how Walt died, who he would take down with him — or spare — and whether he ended in a state of grace were burning questions for devotees of the series, as they are for all believers.

Eschatology, the study of our ultimate fate, is what all religious exploring points to. So do TV dramas.

Not surprisingly, many who watched the finale saw a light at the end of the series for Walt. One genius of the show (there were so many) is that it co-opted viewers into rooting for Mr. White — as Walt’s co-conspirator Jesse Pinkman always called his onetime high school teacher — no matter how low he sank.

So despite the trail of carnage and ruined lives that Walt left behind, the hope that he would find grace at the end, that his death would somehow sanctify, was overpowering.

Critics as varied as Emily Bazelon in Slate and Allen St. John in Forbes declared that “Breaking Bad” was ultimately a “love story” because White managed to do what he set out to do in the first season: He found a way to provide for his family, and at the end he finally confessed his original sin in becoming the drug kingpin dubbed Heisenberg.

Writer Sonny Bunch even saw Gilligan slyly turning White into Jesus Christ — the wounds in Walt’s hand and side, his reference to the view of the Sangre de Cristo (Blood of Christ) mountains, his “sacrificing himself to save the people he loved,” his cruciform death pose. White also “made peace with those who had wronged him and those he had wronged (one way or another) so as to prepare himself for the afterlife.”

Well, “making peace” may be pushing it. White actually used his intellectual gifts one last time to build a Rube Goldberg killing machine and orchestrate a bloody — if improbable, without divine aid — denouement that destroyed all his enemies.

“His moment of clarity at the end doesn’t make up for all the hubris of Heisenberg,” Bazelon wrote. “But it did mean I could wholeheartedly root for his scheme of revenge.”

And that’s the theological problem. White used evil to the very end to accomplish something good. But Walter Wink would not approve. Wink, a theologian who died last year, called this rationale the “myth of redemptive violence” — the very antithesis of the Christian message but the “dominant religion” of the modern world.

“The belief that violence ‘saves’ is so successful because it doesn’t seem to be mythic in the least. Violence simply appears to be the nature of things. It’s what works. It seems inevitable, the last and, often, the first resort in conflicts,” Wink wrote. “The gods favor those who conquer. Conversely, whoever conquers must have the favor of the gods.”

Moreover, Walt’s “confession” at the end was hardly repentance. He did not give himself up to the authorities or allow himself to be publicly humiliated. He died the way he wanted, caressing the cold steel of the meth lab cookers the way Gollum — the creepy, corrupted Hobbit of “The Lord of the Rings” series — fondled the magical golden ring.

“He’s patting his Precious, in Lord of the Rings terms,” Gilligan said after the finale. “He’s with the thing he seems to love the most in the world, which is his work and his meth lab and he just doesn’t care about being caught because he knows he’s on the way out. So it could be argued that he pays for his sins at the end or it could just as easily be argued that he gets away with it.”

Even if White does get away with it by cheating earthly justice, his ending can be seen as instructive — as long as it is viewed as a cautionary tale rather than a model for living, and dying.

And you have to appreciate the fact that Gilligan ended the show so clearly and cleanly.

Other television anti-heroes have faded to an ambiguous black, like Tony Soprano, or suffered a premature demise at the hands of network executives before we could learn their true destiny — think Tom Kane in “Boss,” or Al Swearengen in “Deadwood.” And we still await the fate of compromised characters like Nucky Thompson in “Boardwalk Empire,” Don Draper in “Mad Men,” and Frank Underwood in “House of Cards.” Not to mention most of the cast of “Game of Thrones.”

We all find ourselves rooting for them. But rooting for them to do what, exactly? The moral logic that White used to engineer the ending of “Breaking Bad” is the same rationale he used to start his meth business. And we saw where that led.

The post ANALYSIS: The “Breaking Bad” finale was great. But was it good? appeared first on Religion News Service.

Previous Introducing Ask a Religious Scientist
Next How much is enough?

It was really hard for me to post this story because I haven’t started season six yet!