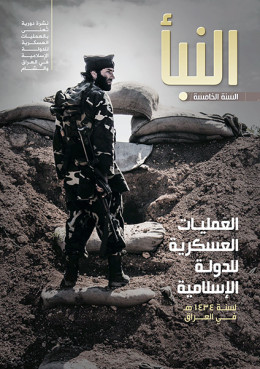 (RNS1-JUNE 18) The Islamic State in Iraq and Syria, a Jihadist militant group, published an annual report of its violent activities, including car bombing, sniping and stabbings during 2013. For use with RNS-ISIS-REPORT, transmitted June 18, 2014.

WASHINGTON (RNS) The militant group that exploded on to the scene in Iraq this year has been carefully cataloging its list of brutalities over recent years in an annual report published online, according to a think tank that has analyzed the latest publication.

The report from the Islamic State of Iraq and the Levant — known as ISIL or ISIS — records in explicit detail the number of assassinations, suicide bombings, knifings and even “apostates run over,” according to the analysis by the Institute for the Study of War.

The report doesn’t  trace violence only. It also tracks “apostates repented,” a reference to winning over fellow Sunnis in areas that the group has seized.

The statistics in the report indicate that the organization had been putting a focus on Ninewah province, where Mosul is the provincial capital, some time before rebels seized portions of the city in recent weeks.

It suggests a sophisticated level of planning and command and control and raises questions about whether Iraqi and Western intelligence agencies were surprised by the bold strikes.

Riedel said the United States reduced its intelligence presence in Iraq when the remainder of its combat forces withdrew in 2011. “We have a tendency to underestimate the Sunni extremists in Iraq,” Riedel said.

But other analysts say the Iraqis did have warnings of ISIL intentions, but its security forces failed to fight at a critical time.

“There was reporting that something like this was likely to happen,” said James Jeffrey, a former U.S. ambassador to Iraq, in a recent interview. “People had some idea it was going to happen.”

Militant organizations often exaggerate their successes in order to attract donors and so it is difficult to know how much to read into the latest report. ISIL gets funds from donors in wealthy Persian Gulf states and also runs criminal organizations that help fund its operations.

The report suggests the group is functioning as a military organization with a strategy of attempting to hold terrain it wrests from Iraqi security forces, according to the institute. That differs from a terrorist strategy of wreaking havoc in an effort to undermine the legitimacy of the state.

The report showed that the number of car and truck bombs in Iraq increased to 537 last year, from 330 in 2012.

Previous Ask a Jew: Are there any biblical texts that you clearly understand to be not for our time?
Next Christian love verse