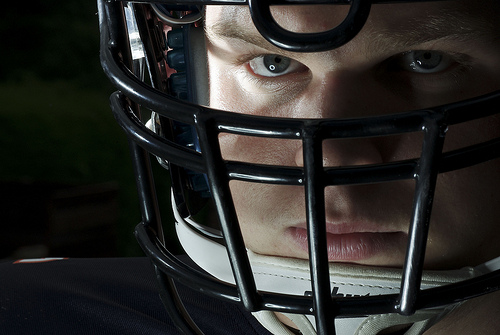 An ode to Biblical Football 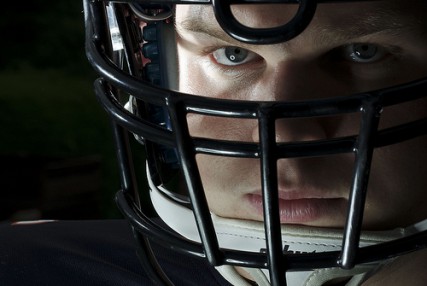 I’ve been around the game of football for as long as I can remember.

As a young boy growing up in the small rural town of Waynesboro, Tenn., I began playing football with the boys in the neighborhood in backyards and with classmates during recess in elementary school.  Our small town of just over 2,500 even had neighborhood teams that played full contact football on weekends without pads.

My neighborhood team, the Barlow Touchdowners, never lost a game and held the bragging rights over the other two city teams, West End and Town.  While these were bitter rivalries, we were friends and all came together as teammates on the local high school team.

Some of my fondest memories from junior- high and high school are associated with Thursday and Friday night games.  I have vivid memories of things like the chill of an autumn evening, the smell of fresh cut Bermuda grass, the aroma of popcorn popping and coffee brewing from the concession stand we passed as we raced onto the field, the band playing our fight song.

It was my “Friday Night Lights.”

Football is a contact sport and in the minds of many, a violent sport.  Some people of faith even ask the question, “does God approve of a game that teaches, encourages, and applauds a player for “slobberknocking” (a football term not found in the dictionary) their opponent on their back?”

I’d like to address this question under the umbrella of “Biblical Football” which is a philosophy and way of life developed by Coach Scotty Kessler.  Scotty was my son’s college football coach at Greenville College in Greenville, Ill., who taught his players more than just the game of football.

“Coach Kess” was interested in teaching his players about how to honor God through their football experience and how that could ultimately help them to have a solid Christian foundation in life, be better husbands and fathers, and witnesses of their Christian faith in the world.

Personally, I’m comfortable making this statement:  I don’t believe God really cares about the game of football or any other sport for that matter.  Football is simply a game that God’s human creation (man) created to feed his desire for entertainment and competition.

Additionally, I don’t know if God is really concerned with who wins or loses a game.  But there is one thing I’m sure of, he does care about how Christians coach and play the game.

In other words, he’s interested in whether players and coaches are a reflection of his character in their association with the game of football.  It’s important for all Christian athletes and coaches to be constantly aware of the fact that when they align themselves with Christ, all their actions, words, and behavior are a reflection of their Lord.

Perhaps the best testimony of “Christ likeness” on the playing field we’ve witnessed in recent years is Tim Tebow.  With that sobering fact in mind, here are the “Foundations” and guiding principles from Coach Kess on how to play “Biblical Football.”

Biblical Football is about competing in three ways:  by the power of God, according to the word of God, and for the glory of God.   To compete in these ways the Christian coach and player must dedicate themselves to Jesus Christ and the word of God in obedience to these three verses of scripture:

• Colossians 3:17 – Whatever you do, whether in word or deed, do it all in the Name of the Lord Jesus, giving thanks to God the Father through Him.

• Colossians 3:23-24 – Whatever you do, work at it with all your heart, as working for the Lord, not for men, since you know that you will receive an inheritance from the Lord as a reward.  It is the Lord Christ you are serving.

• Ecclesiastes 9:10 – Whatever your hand finds to do, do it with all your might.

Christian coaches should view their role as being a steward of the players God has entrusted to them.  They should strive to emulate Jesus in their behavior, words, and preparation for practice and games via their hard work.   Their role is one of a mentor building young disciples for the Kingdom of God.  For the Christian football player, they should seek to please their coaches (Including Head Coach Jesus) by their obedience and respect for coaches, love for other players (teammates and opponents), and in their 100 percent work ethic during practice and in the games.

Finally, here are the “principles” of Biblical Football taught by Coach Kess and his staff:

2. Power Manifests Itself when Individuals Die to Themselves for the Sake of the Team.  John 12:24

3. Humility is the Mark of Greatness.  Matthew 18:3 — While some would argue that humility and meekness are foreign to the world of football, I’ve seen it beautifully displayed in the lives of Christian coaches and players.  Real men coach and play the game of football with Jesus’ meekness and toughness.

4. Servant Leadership. Matthew 20:28 —  One of the most moving and meaningful football stories I ever heard about was related to one of Greenville’s rival schools, Trinity International.  Their coach told how the upper classmen on the team demonstrated love and “servitude” to the incoming freshmen by way of a “foot washing” ceremony one evening after a team meeting.

As you watch football for the remainder of the 2012 season, I hope you will be encouraged knowing there are football programs around the country where the game is being coached and played in a manner that brings glory to God.  I thank God for coaches like Scotty Kessler who love their players and are creating a vision in young men toward the expansion of the kingdom of God.

My wife and I have seen the impact of “Biblical Football” on our son, Lee, and many more young men.  These are “Real Macho Men” who will be the future leaders of our country.

SPECIAL NOTE:  Coach Ordell Walker, a former assistant to Coach Kessler, is now the head coach at Greenville College and instilling the same “Biblical Football” principles in his players and coaches.

Daniel Thompson writes about the curious intersection of faith and sports for WilmingtonFAVS.

Previous Election Day Communion aims to heal the partisan breach
Next The biggest slice of Obama’s religious coalition? The unaffiliated