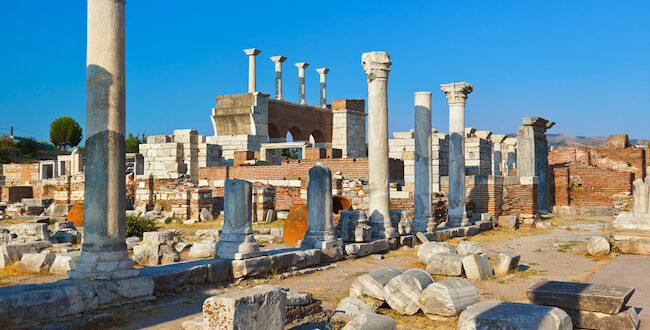 I first questioned the existence of God one Sunday in church. I couldn’t recite the Apostles’ Creed, which begins: “I believe.” I didn’t believe. But I figured if God existed, He knew what was in my heart, and I didn’t want to be a hypocrite. I was 17.

Thus began a dozen years of agnosticism. I’d grown up Episcopalian, so I consulted a couple of experts for advice. The first was a young priest at college. He listened as I confided that I didn’t know whether God existed. He told me not to worry, to love God and keep my nose clean. I didn’t ask how I could love what I didn’t believe in, but I understood what he was trying to say.

A few months later an Episcopal bishop gave an invited talk at the university. He’d known my father as a fraternity brother, and after his presentation he met informally with the fraternity. I listened as he answered others’ questions. After they’d all left, I accosted him. He heard me out, occasionally interjecting a question of his own. In nearly seven decades, I’ve never forgotten his words as we parted about 2 a.m.: “You believe in God as much as I do, but I leave you at the church door.”

My appreciation of that wisdom increased as time exposed me to many Christian denominations and other faiths. Scriptural similarities abound among all. As that young priest suggested, it’s about loving God and living lives in service to our fellow humans. What separates us is that “door,” irrespective of church, mosque, synagogue, or other house of worship, that portal into a man-made structure both material and conceptual.

Religious practices are based on man’s imperfect understanding of observations about what a messenger of God said or did, tales changed in the telling over generations throughout millennia. An exception is Islam. Muhammad’s direct revelation of the word of God was recorded as he spoke. Yet Islam also has second-hand accounts of Muhammad’s sayings and doings, compiled in hadith.

The Baha’i faith is another exception. Its authoritative teachings are preserved in original, authenticated documents written by its founders and their appointed successors. A rich anecdotal literature, similar to hadith, supplements and complements authentic texts.

Years after the bishop’s remark, I realized his “church door” was the trappings of the church, customs and traditions that had developed during a tumultuous church history. I never understood why, if there is one God, there isn’t one religion. It didn’t make sense that a loving, compassionate, all-knowing God would establish warring factions on opposite street corners. I thought, “What about other religions around the world? Are their billions of members going to hell?”

A spiritual metamorphosis toward universal peace

When I encountered the Baha’i faith, I wanted to believe, but It took a while for me to lower my defenses. Baha’u’llah’s teachings about the oneness of God, the essential oneness of all religions, and the oneness of humankind make a lot of sense. They are all-embracing, and their implications for a peaceful world are infinite. Those teachings fit my understanding of what God has depicted in holy scriptures of many faiths and cultures.

History often associates the rise of civilizations with the establishment of new religions. As a religion permeates a civilization, it’s bound to alter that civilization. One commonly mentioned example is the Roman Empire. In the fourth century, a decadent, corrupt, already failing civilization embraced Christianity, displacing polytheism and establishing a theological foundation. Centuries later, a rising Islam rejuvenated a Christian civilization in the throes of the Dark Ages. Islam introduced artistic, scientific, intellectual, and spiritual innovations, sparking the European Renaissance, even as its own great civilization began to deteriorate.

We are on the cusp of another such transformation. Instantaneous communication, rapid transportation, and burgeoning technological innovation have shrunk the parochial provinces of Rome, the Ottoman Empire, even the remnant British Empire into the neighborhood we call Earth.

Baha’u’llah’s writings reflect these facts. He complimented Queen Victoria because she forbade “the trading in slaves, both men and women.” He warned contemporary world political and religious leaders to exert their leadership for the benefit of all. He was ignored.

As a prisoner and four-time exile over four decades, Baha’u’llah wrote innumerable documents, a legacy for future generations containing God’s teachings for an emerging global civilization

Today Baha’u’llah’s followers populate the farthest rural reaches of the globe, as well as inner cities. Baha’i communities apply Baha’u’llah’s sacred writings within their own cultural contexts and heritages. They constitute a unified movement that transcends outworn shibboleths and political boundaries. The world they’re creating is based on a love that unites hearts and spirits across a humanity desperate for guidance such as this: “All men have been created to carry forward an ever-advancing civilization.”