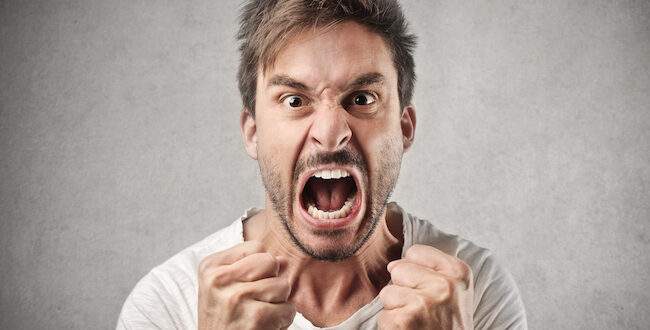 An End to Anger

An End to Anger

I have a confession. I bet you do, too.

I am angry. Really angry. Have been for the last several years. And I am certain many of you are angry, too.

Where did that come from?

I did not grow up angry. I do not think I was angry too often during a long professional career. Frustrated at times. Aggravated. But not angry so much. As an editor, I learned long ago that serious calm in the face of others’ anger produces the best results.

Things changed beginning in 2016. Yes, it was the election of Donald Trump that pushed me over the edge. I have been stewing over his election and presidency ever since. Not his politics so much as the man. My dear wife, Carla, would tell you I have been obsessed.

But Trump is only the most recent excuse for unbridled anger that seemed to escalate every other inconvenience.

Like everyone else, my patience has been tested by other things. Bureaucratic nonsense at the university where I taught led to a few red-faced tantrums. An ex-wife fueled an angry response or two. And Mother Nature came in for her share, particularly when a bad snow-season ended with a basement flood.

And then comes the pandemic.

Especially angry at the wackaloons who have refused to take this pandemic seriously and so have made its management so much more difficult and delayed our recovery.

Angry. And I am not alone, right?

Medical professionals tell us that a continuing state of frustration and anger is bad for our health. We lose sleep. We eat badly. Some of us drink too much or take advantage of the pot dispensaries that have been declared “essential” and so remain open. (Does that make you angry?)

Mental health professionals have been dealing with increased reports of substance abuse and suicide. Law enforcement will tell you there has been an uptick in domestic violence.

Political anger will likely resolve itself for most of us. Joe Biden is going to be a boring president. The white-hot political news cycle fueled by those presidential tweets is going to cool quickly. Even President Trump’s supporters can use a break from that.

Political divisions will not soon be healed. But as Trump moves off center stage there may be less fuel to fire the anger from all sides.

The coming year will also see an easing of the pandemic as vaccines become available and the world opens again.

Americans partied hearty when the horrific Spanish flu epidemic ended, giving us those Roaring Twenties. Something similar will happen here with our friends and neighbors going just a bit crazy when they can finally leave their homes. Anger is going to give way to a sort of desperate joy and that will not be a bad thing.

There will be lingering problems, of course, but all of us should be able catch up on our sleep.

Still, it is going to be hard to let the anger go. We are used to it by now, used to the energy it generates and the endorphins it releases. We will have to work at it.

As you binge watch TV, notice how many commercial sponsors are peddling drinks, pills, or apps that are designed to produce calm. Your Facebook feed is full of ads for yoga programs or meditation systems. The traditional new-year exercise commercials are touting mood enhancement, not weight loss.

All those things can help, I suppose. Still, in the end, each of us will have to find our own way.

For me, what I need to do is take a deep breath. Let it go. Enjoy the boring.

Previous Who Was Baha’u’llah, and Why it Matters
Next Black clergy call for unity in fight for Seattle police accountability