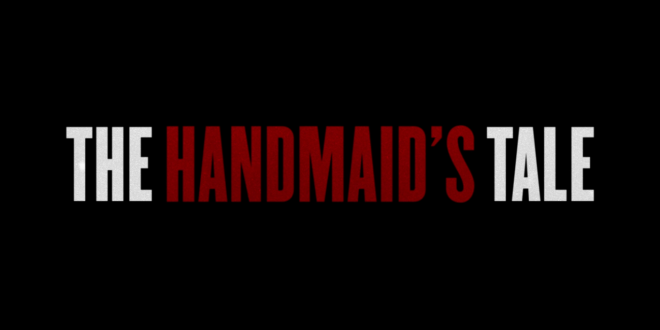 Normally I write brief notes to you but I was inspired to write this lengthy letter (perhaps my longest ever) after reading fellow blogger Neil Schindler’s recent post that focused on my article about the value of the arts in helping us know one another. The arts? Well, here we go again.

There is quite a to-do about Hulu’s new series, “The Handmaid’s Tale,” which portrays an America that’s been taken over militarily by fundamentalist Christians. The men rape subjugated fertile women in the hope they will bear children on behalf of  privileged women who cannot.

It’s no coincidence that Margaret Atwood’s story, first published in 1985, has found new life since the election of the supposedly (but not really) pro-Christian President Donald J. Trump. The TV series strongly hints that Trump’s election is a repeat of the history that Atwood begs us not to repeat.

Adolf Hitler was democratically elected with the support of many fearful and/or faith-dead German Christians and despite the warnings of Dietrich Bonhoeffer, who paid for his protest with his life. But I also wonder if Hitler won just as Trump did in America – because his opponents were deemed even more incompetent, unbelievable, disconnected and/or untrustworthy than he was.

Atwood is preaching what the 18th Century Irish statesman and philosopher Edmund Burke said: “Those who do not know history are condemned to repeat it.” But he also said, “The only thing necessary for the triumph of evil is for good men to do nothing.”

Both of these statements were clarified for the 21st Century by Yale University historian Timothy Snyder on a recent episode of “The Daily Show.” I don’t have the space to summarize his remarks so I urge you to read the Yahoo story, watch the clip and then perhaps buy his book. After you see it you will understand what America may be on the verge of becoming.

The price is steep – a unity that demands we love others in the way Jesus has loved us. Loving sounds trite, perhaps even insulting. But loving ourselves and others corrects the lie that any individual or group among us is worthless. And once we realize how much we are worth, to each other and to God, it empowers us to be the good men and women who will stand up to tyranny.

I am grateful for “The Handmaid’s Tale” because it warns American Christians that we aren’t very good at loving and that we’d better get busy.

But that’s not to say I wholeheartedly endorse this series. Far from it. Atwood and Hollywood are a match made in hell. Their cooperative effort proves the truth of the axiom, “Familiarity breeds contempt.” Both are sufficiently “familiar” with Christianity and Christians to feel free to show contempt not just to individual Christians but also our faith. Their bias is leaking out of every pore.

A recent Maclean’s commentary noted that, while white women might view the story’s treatment of women as dystopian, it was a tragically real American experience for black women who, as slaves, were regularly raped by their “owners” and who have suffered innumerable injustices since slavery was abolished legally, if not always in fact.

I find that interesting since racism is still so much a part of American life. As proof, just look what vandals recently did to LeBron James’ home. What the producers may be saying, hypocritically, is that they don’t want to stereotype all Americans as racist.

Why? They’ve stereotyped all Christians! Producers felt they had to adjust the story out of cultural sensitivity. So why not adjust it out of religious sensitivity?

Having rewritten one key element of Atwood’s story, couldn’t they also have altered the part about rape? Artificial insemination has come a long way since 1985. Couldn’t they have utilized that method of impregnating women rather than to persist in portraying Gilead’s Christian male elite as rapists? They kept that old story line, I fear, simply because it conforms more easily to their idea of who Christians are or might become.

If Hollywood and Atwood wanted to present a really scary, believable update of her book, they could have updated the enemy. We may be facing a far more sinister threat today from whites-only, racist, anti-government militias – a threat featured on a recent episode of the PBS program “Frontline.” Click here to watch it.

No matter how the story is structured, some group will wind up being stereotyped and/or offended. But why work to find a believable enemy when you can simply pick on Christians, who are the easy, default choice when artists need a whipping boy?

When I watched clips from “The Handmaid’s Tale” I thought: Wow, those red robes and white bonnets remind me of burqas. But Atwood and Hollywood don’t have the “guts” – a/k/a the glaring stupidity – to portray Muslims in a bad light. Or Hindus, for that matter, who are doing some awful things to Christians in India these days.

Ask yourself what the reaction would be, here and abroad, if Atwood and Hollywood had portrayed America being taken over by any other religious group – let’s say Muslim fanatics, who are a real threat elsewhere in the world and who encourage homegrown American terrorists to attack their fellow citizens.

Such a storyline might be a hit among bigots but the rest of us would be too embarrassed to watch it. Everyone in Tinseltown would immediately reject such a series as the worst kind of bigotry, and Muslim nutcases would use it as an example of why America deserves to be bombed into submission or out of existence.

But Christians worship a God who submitted to abuse rather than condemn his abusers – a God who tells us to love those who hate us. That gives Atwood and Hollywood the freedom to kick sand in the face of Christians.

Unfortunately, our lack of protest may convey the message that we are either too polite, too gutless, too disorganized and/or too accustomed to the abuse to stand up to it, which only serves to justify, in the eyes of Mr. and Mrs. At and Holly Wood, the contempt they have for us. They fail to see that our silence is a way to show them that we love them despite what they do to us.

“The Handmaid’s Tale” also obscures a colossal blunder in the research Atwood claims she did. Fundamentalists comprise only a small percentage of all American Christians. If fundamentalists held anywhere near the kind of power that she warns against then the Moral Majority would still be with us. It would be our third political party by now.

A fundamentalist takeover as envisioned in “The Handmaid’s Tale” thus would require some endorsement, verbally or tacitly, by the bulk of American Christians.  That’s a real stretch.

We may not be good at loving, but we have made progress as Jesus’ followers. We have learned a lot about the horrors of racism, sexual abuse of minors and misogyny that have made headlines in modern America for decades. And increasingly, as investors, we are putting our money where our mouths are.

Our opposition to such tyranny might not be pretty, fancy, well-orchestrated or highly coordinated but I believe we would find a way to put our actions where we say our faith is. That’s why God lavishes the Holy Spirit upon us, so that we can recognize truth and have the courage to defend it, despite the cost.

Previous Trump: ‘It’s time to put a stop to attacks on religion’
Next Ask a Muslim: Proving the existence of Allah