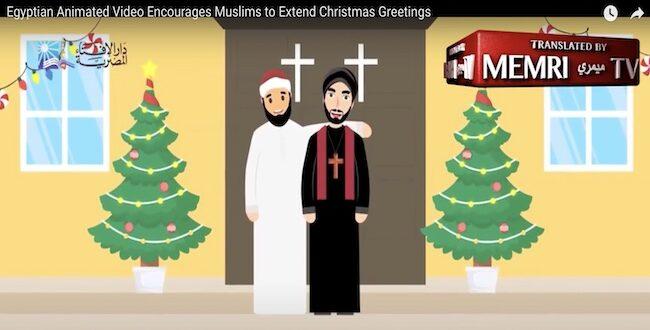 American Muslims and the Christmas Holiday

American Muslims and the Christmas Holiday

During his college years when my younger son returned from his retail job, he would often be humming, “It’s The Most Wonderful Time of the Year,” which happens to me one of my favorites. This and many other similar Christmas jingles are playing all over America this time of year in shopping malls, restaurants, coffee shops and offices. Right after Thanksgiving, Christmas decorations are lit all over the country and almost every household, business, shopping mall have decorated Christmas trees on display. Flashing sales are on to attract the holiday buyers. The sweet aromas of chocolate, caramel, peppermint, pumpkin spice and cinnamon flavor surrounds you everywhere. All of this is very hard to resist, or even ignore.

Living in America for over a decade I have always noticed that many American cultural traditions and holidays raise ambiguities between Muslim communities. The Christmas holiday season particularly is challenging for many American Muslims because of the religious interpretation of Jesus (peace be upon him).

The significant differences of Jesus’s place in Christianity and Islam makes most of the Muslims in America uncomfortable to participate and celebrate. Many Muslims feel that by celebrating, or even acknowledging the Christmas holiday, they are going against their monotheistic belief. Jesus, son of Mary (peace be upon him) known as Isa ibn, Maryam is a revered prophet in Islam. Like Christianity, Muslims also believe Jesus (peace be upon him) to be the Messiah. In fact his mother, Mary, is the only woman mentioned in the Quran with a chapter dedicated to her name.

In addition to my own observations, I decided to get a better understanding of my fellow Muslim Americans sentiments by conducting a brief survey. I had an overwhelming response.

Based on my survey:

While some avoid it, some celebrate it in their own way within Muslim terms. Some said that their Islamic views and beliefs are not threatened by simply celebrating any holiday. Some participants felt that in this season of giving they love contributing with their non-Muslim fellow Americans. Some felt they embrace it feeling it is a great opportunity to show their children how to love and respect other beliefs as holiday celebrations are reflection of cultures.

To my surprise, while researching this topic I discovered there are many majority Muslim countries, especially in the Middle East with diverse religious population that celebrate Christmas. There is no better place to witness the co-existence of Christians and Muslims during Christmas time than the Middle Eastern countries themselves. This makes perfect sense since Middle East is the birthplace of Jesus (peace be upon him).

Christmas is considered both religious as well as a secular event to celebrate. Countries including Egypt, Lebanon, United Arab Emirates, Jordan, Palestine decorate Christmas trees, illuminate buildings and streets, have holiday parties, exchange gifts with Christian family, friends, neighbors and co-workers. Bosnia-Herzegovina is another great example of interfaith co-existence. I visited Sarajevo during the Christmas season and witnessed this phenomenon for myself.

Many Muslim countries including those I have mentioned have interfaith families, so they not only celebrate Christmas but Muslim holidays like Eid-ul-Fitr and Eid-ul-Adha as well.

Growing up in Pakistan I had Christian class fellows, friends, co-workers and helpers. Here in America, I have an interfaith family. We get together on Christmas evening, share a nice meal and exchange gifts.

In my opinion soon our children or their children will be the first-generation immigrants, so it is imperative to work on inclusivity. We can show them how they can integrate through these holidays and at the same time make their own traditions. Christmas in America is celebrated both religiously and secularly so being a part of it does not make us go against our belief. We can simply join our fellow Americans in their joy by eating together or exchanging gifts.

Islam is a multicultural and multiethnic religion. Integration is one of the many reasons why it was able to spread from the Arabian Peninsula to the rest of the world.

Integration and participation in any cultural traditions and holidays is a great way to bridge the gap between communities. It gives us a chance to embrace diversity by learning about other cultures and faiths. This is also a great time to share our own culture and faith.

I feel we can integrate better by being a part of everyone joy as this gives us a bigger opportunity to share our own!