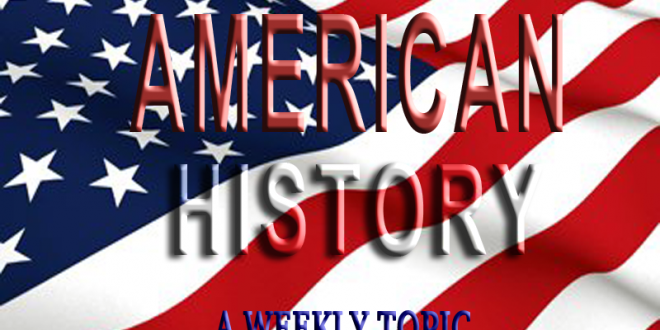 A common view among many throughout the United States is that American values are rooted in the Bible, but is the perception of the Founding Fathers as devout believers, who subsequently designed the American political system with Christian ideals in mind accurate?

One of the major reasons the first American colonists left Europe was to avoid religious oppression, and the desire to place limits on personal freedoms is what brave soldiers of the Revolutionary War sacrificed their lives to overcome. The heavy burden of taxation without representation and the oppression of individual liberties ignited the American Revolution and inspired the Founding Fathers to design a new type of government, never before put into practice.

A separation of Church and State was a cornerstone of their vision for this country, ensuring the biases of the dominant ideology, whichever it might be, could not hinder the State’s ability to effectively govern a nation comprised of many different cultural and religious backgrounds. Our First Amendment rights, which include the freedom of religion, allows us to worship however we see fit. But it also ensures the freedom from religion — an individual’s right to refuse any unwanted religious ideology or denomination.

There is no doubt the U.S. Constitution was authored and signed by men that believed in a god. But a thoughtful and concerted effort was made to avoid mention of Jesus Christ, or any other deity, in this federal document. Why? One would expect such allegedly religious men to eagerly seize upon the opportunity to fashion a Christian nation however they saw fit. Although the Founding Fathers believed in a separation of Church and State, surely the mere mention of Jesus or the holy trinity would not have served to “establish” a particular subset of Christian beliefs over another, as all Christian denominations adhere to the same basic belief in Jesus.

In fact, the Founding Fathers could have invoked the name of Jesus on every single line of the Constitution or made the 10 Commandments the very centerpiece of American law. Yet, they did not. Instead, they constructed a government that preserved the rights of all individuals, no matter their religious affiliation, by segregating religious and public institutions.

Although the foremost contributing authors to the Constitution did believe in a god, many of them were strong critics of the Scriptures and organized religion — history shows their beliefs were more akin to deism than traditional, orthodox Christianity.

For example, Thomas Jefferson, the third president of the United States, was responsible for writing the initial draft of the Declaration of Independence, creating legislation to limit and prohibit slavery, as well as authoring the Freedom of Religion into the Bill of Rights. Jefferson is also responsible for authoring an important piece of historical literature, known as the “Jefferson Bible,” in which he removed all verses containing supernatural claims, such as those regarding angels, prophecies, the virgin birth, the resurrection, Christ’s divinity, as well as the idea that God consists of three beings, that of the Father, Son and Holy Ghost.

In a letter to Thomas Cooper in 1814, Jefferson wrote:

“Christianity neither is, nor ever was a part of the common law.”
– Thomas Jefferson
Letter to Dr. Thomas Cooper, from Monticello, February 10, 1814.

John Adams, the second U.S president, played a major role in persuading the Continental Congress to declare independence and assisted Thomas Jefferson in drafting the Declaration. Adams and Jefferson were very close friends, and in their latter years they had frequent correspondence. In a letter to Thomas Jefferson in 1815, Adams wrote:

“The question before the human race is, whether the God of nature shall govern the world by his own laws, or whether priests and kings shall rule it by fictitious miracles.”
– John Adams
Letter to Thomas Jefferson, June 20, 1815

James Madison, the fourth U.S president, was responsible for proposing the revolutionary concept of a three-branched federal system of government that became the basis for the American Constitution. In 1785, Madison stated:

“During almost 15 centuries has the legal establishment of Christianity been on trial. What have been its fruits? More or less in all places, pride and indolence in the Clergy, ignorance and servility in the laity, in both, superstition, bigotry and persecution.”
– James Madison
Memorial and Remonstrance Against Religious Assessments, 1785

The Founding Fathers designed the American government “for the people, by the people,” based on a system of subjective values — where laws pertaining to moral beliefs can be voted on or decided in a court of law. Without the ability to reach a consensus on certain moral issues, would America have ever been able to overcome the scourge of slavery, to provide equal rights to groups once oppressed by sexism and racism, to allow a woman’s right to choose, and to overturn legislation that vies to take away liberties on the basis of sexual orientation?

Previous Salem to hold service for Lake Chelan fire victims
Next For some churches, food trucks are a vehicle for serving the poor