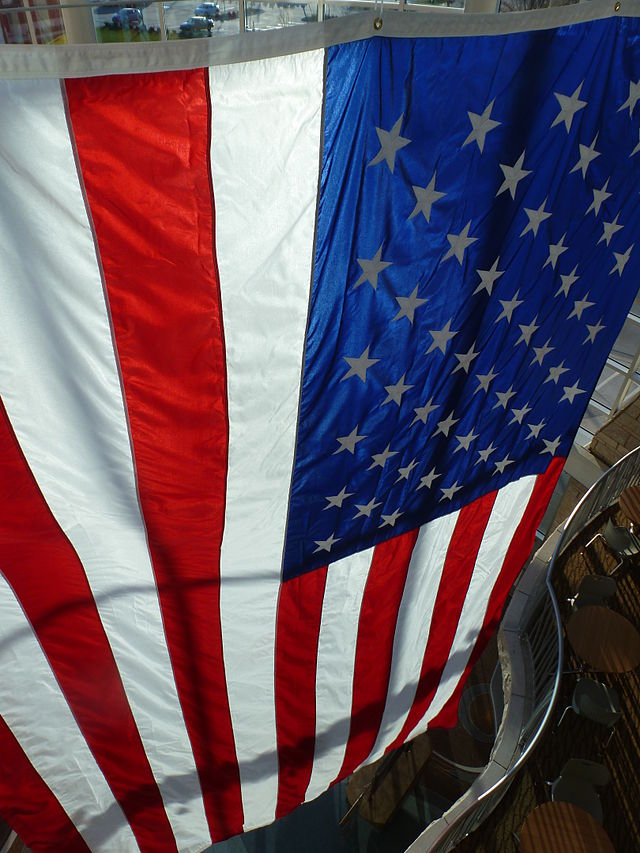 You often hear many on the political right claim that our country was founded on Christianity. They’ll use our Pledge of Allegiance as “proof” that this nation was founded as a Christian nation. Many of them put bumper stickers on their vehicles that say “One Nation Under GOD!” or emphasize the word “God” when they recite our nation’s pledge. It all sounds great, except—our pledge wasn’t written until 1892.

Yes, you read that correctly. Our Pledge of Allegiance was written a full 116 years after the Revolutionary War and Declaration of Independence.

The phrase “Under God” wasn’t even in the original text of our pledge: “I pledge allegiance to my Flag and the Republic for which it stands, one nation, indivisible, with liberty and justice for all.”

Hold on to your seats Conservative Christians because the author of our pledge was Francis Bellamy, a Christian socialist.

He stood for workers’ rights and believed in an equal distribution of economic resources. He believed in the nationalization of certain industries because he feared their manipulation and corruption in the hands of a private sector, which would put profits before people. A Christian Minister wrote the pledge, didn’t include the word “God” or “Christian” and he was a socialist.

I’m sure by now if any conservatives are reading this they will have already decided I’m making all of this up. But it gets better — there’s so much more.

I can already hear people, in between screams of outrage, say, “But—our currency has “’In God We Trust’” written on it! It’s our nation’s motto!”

Let’s not forget that the only reference to religion in our Bill of Rights is in our First Amendment, which states: “Congress shall make no law respecting an establishment of religion, or prohibiting the free exercise thereof; or abridging the freedom of speech, or of the press; or the right of the people peaceably to assemble, and to petition the Government for a redress of grievances.”