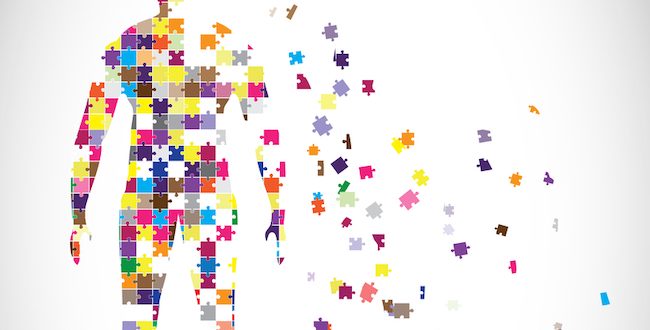 In my professional life, I have spent a great deal of time looking at how the human body functions in the world, how it gets injured, how to rehabilitate it, and most recently, what physicality (especially in sports) intersects with American culture.   As an American male, physicality and the ability to solve problems and “get things done” is a part of my essence.

However, I’m also highly aware that my American maleness isn’t the only source of understanding the body.   For the past few years I’ve had Rev. Scott Kinder-Pyle come to one of my classes at EWU to discuss how certain Eastern religions understand the role of the physical body in their philosophies.  It serves as a brief snapshot for students, but I hope that through the class discussions, students begin the process of being able to use different lenses to explore the world around them.

I suppose I need to be honest about my relationship with my body.  I haven’t spent a ton of time thinking about it in such terms in the past.  However, I probably need to fess up that I’ve had a love-hate relationship at times.  At one time I was relatively athletic and surprised people who summed me up by my appearance.  I’ve always been the “big kid” and remember where I was on the elementary school playground in the new school I started in the second grade when the girls started to make fun of the way I walked and my bubble butt.  I remember the confusion and pain of my brother’s taunting of being the husky kid.  As an adult, I’ve been “big boned” or had a “slow metabolism” and have been relegated to being called “big guy” when people can’t remember my name.   I’m aware of it, but haven’t necessarily thought much about it.  Old wounds scar over, and we’re able to move on.

The Body Attacked Itself

However, over the past few months this question of “am I my body” has been impossible to escape.  Somewhere during the winter, I picked up a virus of one sort of another, and my body decided to use it as an opportunity to develop an immune system dysfunction where the body decided to attack itself.  I’ve learned a lot about rare conditions – or at least really odd reactions to certain conditions.   It has moved over the months from the “easy” acute diagnosis to a more chronic immune system issue, and I have good days and bad days as I go through the guinea pig process of trying new medications at new doses while trying to figure out what bodily response is to the disease and what is a response to the drug regimen.  I have great faith in my doctor, and even though seven months in it seems like there are very few answers, my mind has gone to various places – in darkness and light – as I’ve wondered if I am my physical body.  As I hit my 40s, I, like others, went on a bit of a health kick.  I started working out more, eating less, and felt healthier than I had in years about 18 months ago.  I found myself running a 5k, losing about 40 pounds, and having energy and strength.  Now, between the Prednisone, painful joints, crawling skin, and constant fatigue, my body is letting me down.  I am a sedentary ballooning human.  I am not the picture of wellness.  “It will get better…” they say.   But it is difficult to see the end of the tunnel sometimes while experiencing the day to day changes.

As my body has attacked itself, at times the brain and other organs have been involved (again – whether from the disease, or the treatments), and this connection has maybe been the most frustrating.  Relatively recently I was involved in a common conversation – one that comes up when you learn of somebody who has a terminal illness that robs them either of their mind, or of their body’s ability.  Would you rather lose your body’s abilities but keep your mind?  Or would you rather lose your ability to understand what is happening before losing your body?  It is a macabre Russian roulette.  ALS or Alzheimer’s?  While my legs have failed, I’ve found my intellect and my emotional being failing as well.   Is it the process of the body’s disease?  Is it a physical manifestation of the medication side effects?   Am I my body?  Is my body “me”?

Part of my coping mechanism in the past has been escaping emotions and frustrations by relying on intellectualism.  I tend to process problems from various angles, often trying to relate to them as a fixable academic problem.   As I study the role of physicality in sports and masculinity, I know that I’m not the only male in America who has some form of alexithymia as I escape feeling and look rather for doing.   While overall the disease process in me has been relatively minor – there are much more serious diseases that have much broader effects on the body – it has still been an incredibly uncomfortable time for me as my abilities change, sometimes daily.  While the physicality lacks – and I struggle with the emotional language to express what is happening, I am at times blocked in frustration.   Other times I simply sleep and don’t have thoughts or emotions.  It is a strange rollercoaster.

As I haven’t been able to physically do what I want to be able to, I also have trouble focusing on thoughts, have struggled to write and to get the right words out at times when speaking.   As I haven’t been able to physically do some of the things my kids and wife have come to expect from me, I also haven’t been able to connect with them in other ways.  As I told my doctor the last time I left his office, this cannot be my new normal.  I’m not the husband and father I want to be.   As I reflect, this is great to say and I feel somewhere in me this is true, but as anxiety and the darkness of depression weigh heavily during the fight, I can’t say I always easily grasp to this idea.  If I am my body, and my body is failing, then am I failing.   If I am not my body, yet my body is a vessel through which to learn about the world and develop relationships, then as my body fails, I then fail.  It is a slippery slope of thoughts.

Are Body and Soul One?

Historically, philosophy is a field that has tackled this question for eons: What makes up a human being?  As we interact with the world, how we perceive the world and learn are keys.  Are body and soul one?  Are they separate?  Does one take primary control or primary importance over the other?   Theologically I find myself connected to many of Luther’s ideas on physicality and how/why Christ was a physical form and what it means for our role in the world.  However, I also at times have cursed my body as it has led me away from what is “good and right” dipping into asceticism, denying physicality.  The challenges of the past seven months have given me new insight and new perspectives as I’ve dived into this new reality in a diseased body.

The interaction and separation of mind and body have plagued thinkers, and are a part of our own struggles as we face uncertainties in health and struggling wellness.   As I have thought about FāVS and the scope of issues it tackles, I have reached out to other SpokaneFāVS readers and writers to ask this age old question – Am I my body? – not with the hopes of finally answering this question for eternity, but rather, to help us all see the humanity, the struggles, and the joys that we experience through our physical forms.   I look forward to the coming discussions and to learn from you and your experiences with this question.

Previous Ask A Jew: Tisha B’av
Next FāVS on Spokane Public Radio: One View of Reparations