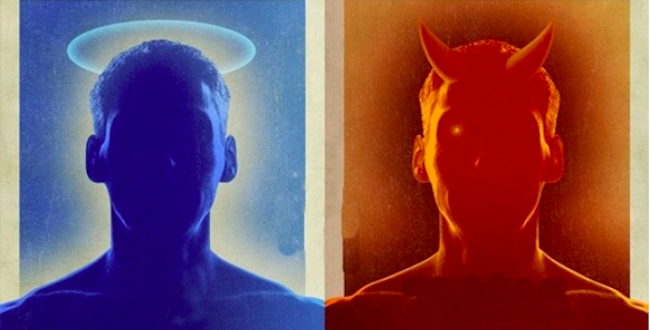 All together now — You can’t change human nature!

The title of this column is true, because when radical social change is mentioned, apologists for our present practice of ‘human nature’ immediately take a philosophical turn for the worst.

In nearly every discussion of social alternatives to market capitalism, defenders of the marketplace appeal to their ‘own’ conception of human nature as the final explanation of the predatory competitiveness of our age of waste and greed.

According to the marketplace/societal view of human nature, we are—and have always been—greedy, grasping creatures, entirely absorbed in ourselves, manipulating others as means to our own private ends, and one look at our corporations seals the belief.

Are we all really bottomless pits of insatiable desires, where no amount of consuming, owning or controlling is ever enough?

Beats me, but I do know that these traits of individualism continue to be cast as universal human nature, making market capitalism inevitable and radical social change impossible.

So what if occasionally, defenders of market capitalism seem slightly saddened by their own view of human nature. More often than not, they cannot disguise their pleasure at the dismay they provoke in gentler folk.

OK, you need proof that human nature can change and has changed.

It seems actual human history shows a much different twist on human nature, than the one we’re recruited into today.

For our first few hundred thousand years on this planet—according to current evidence—humans lived in small groups organized around mutually beneficial social relations, with resources held in common as social property. Social equality and voluntary divisions of labor endured for millennia as the basis for human communal life. With essentially social incentives, everyone who could contribute to the commonwealth for the use of all.

In the long sweep of this history the emergence of dominant classes—chiefs, kings, aristocracies of birth and wealth—is a very recent event, perhaps no more than 10,000 years ago, or less, depending on which culture is considered. Around the time of the first civilizations.

Today, from time to time, small human communities organized in such communal ways continue to be ‘discovered,’ communities that have been spared being “civilized” by conquest at the hands of more advanced class societies.

How about human nature in the good ole USofA?

(This should make you cry.)

Less than 200 years ago, 80-90 percent of the U. S. labor force was self-employed. Today only about 10 percent of us can avoid going to someone else for a job, for access to the means to work. This monopoly control of the means to work, by some 2 percent of us, came about not by democratic consensus, but by the formally totalitarian structures of corporate capitalism. These structures systematically exclude the overwhelming majority of us from any significant role in economic decision-making. In the first decades of our nation, gender, race and property requirements for voting and holding office meant that only wealthy white males could vote, and then only for even wealthier white male candidates. Political parties were in competition to see who would win the right to represent the wealthy in office. The long struggle to gain the vote for all adult citizens is unfinished—migrant workers are often still disenfranchised by residency requirements. But the present political monopoly exercised by two parties equally committed to transnational corporate capitalism provides no real choice at the polling booth.

Given this history, it is plausible to claim that if voting could change the system it would be illegal.

Previous VIEWPOINTS: Has Memorial Day Lost its Meaning?
Next Ask A Jew: Why do you write it G-d?