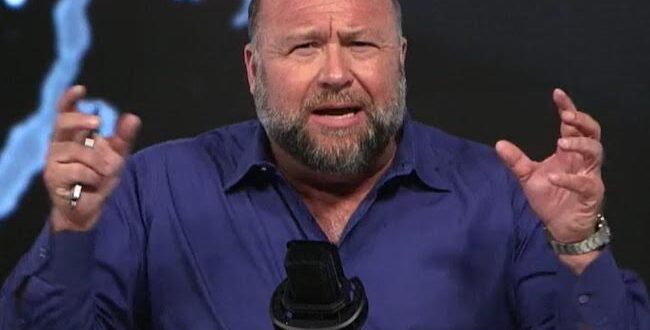 At the time it was the worst school shooting in American history. In all, 26 people were killed, 20 of them school children, mostly first graders.

Ten years later, reading about the Sandy Hook Elementary School massacre is difficult, gut wrenching, even as we have become accustomed to similar deadly incidents.

One of the Sandy Hook victims was 6-year-old Jesse Lewis. Accounts vary, but the most widely accepted story suggests Jesse stood up in his classroom as the gunman entered and shouted to his fellow students to run. He was shot dead.

Jesse Lewis was no more special, no more heroic than any other child victim. He was just a kid. He would be in high school now. He might have been an academic superstar, or a prize-winning athlete, or a student leader destined for great things as an adult. By now he would be looking at colleges, considering the paths he might follow.

But Alex Jones said Jesse was not real, not a potential academic superstar, not an athlete, not a leader. He said Jesse was an actor. He said the boy and the other Sandy Hook students were part of an elaborate “false flag” exercise staged by the U.S. government under former President Barack Obama to scare the public into supporting strict gun laws, maybe even to win support for repeal of the Second Amendment.

And when Alex Jones said those things, millions listened and believed.

Jones is the owner of and the face of Info Wars, his far-right, looney-tunes, nut job conspiracy “news” site and associated “health supplement” marketplace. Through the years, Jones has peddled the most outrageous conspiracy theories imaginable and continues to promote the “big lie” that Donald Trump lost the 2020 election to voter fraud.

If there is one person most responsible for our anti-fact, fake-news, Q-Anon culture, it is Alex Jones.

Jones once argued he is just a journalist seeking the truth. But journalists abide by a strict ethical code.

As I used to tell my students, news is “timely information of some public interest that is shared and subject to a journalistic process of verification, and for which an independent individual or organization is directly accountable.”

A journalist is answerable for their work and employs journalistic methods and values.

Now, his Sandy Hook lunacy may bring him down.

Last week, a Texas jury awarded Jesse’s parents nearly $49 million in real and punitive damages in their defamation suit against Jones. The parents, Neil Heslin and Scarlett Lewis, told the court that Jones’ false flag claims had subjected them to threats, harassment, and retaliation from Info Wars nutjobs who believed they were actors, not grieving parents.

Jones knew his claims were false yet repeated them over and over in the years following the shooting. His assertions helped drive traffic to his site – and helped him sell food supplements – even as it was banned from Facebook and Twitter.

It was only recently, facing several more lawsuits from Sandy Hook families, that Jones recanted. In court last week, he acknowledged the massacre was real. He has apologized, though his apologies have provided no comfort to grieving families who suffered from his villainy.

He is working overtime to avoid accountability and forestall economic disaster.

Just as the Texas case commenced, he led Info Wars into bankruptcy. Several subsidiaries went into bankruptcy in April. His lawyers suggest he will be unable to pay damages to anyone, that his companies are now bust.

Of course, this is just another lie. In a text message inadvertently copied to lawyers for the Lewis family, Jones said he is making as much as $800,000 a day. It is a criminal offense to use bankruptcy to hide assets from the court.

But in the case of the Lewis verdict, it will not matter much.

It is notable that the enormous damage award came from a Texas jury, a jury in one of our reddest states. But, as could be predicted, Texas law limits the amount that can be awarded in such cases. The judge may be forced to reduce the award to something closer to $1.5 million.

Sandy Hook families say the amount of the award is secondary to the fact that Jones has been called to account in a court of law. Several other lawsuits filed in Connecticut, where the massacre took place, may benefit from that state’s less onerous damage limits.

Alex Jones has made millions peddling false and dangerous conspiracy theories, and has contributed immeasurably to the rise of our fake-news culture.

That is bad enough.

But what sort of human attacks the parents of dead children, year after year, exposing them to the worst kind of ridicule and intimidation?

What sort of human?

An editor I knew on my first newspaper job once chastised me for using the word “scum” in a news story. He said the word was not suitable in polite society. In Alex Jones, we are not talking polite society.