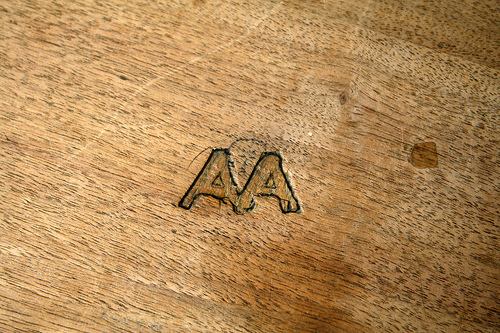 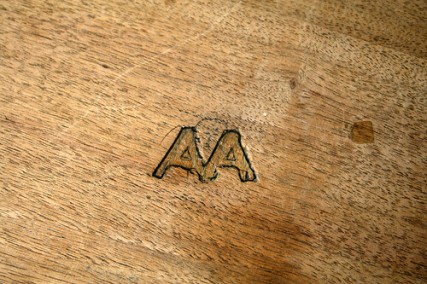 BEVERLY, Mass. (RNS) For Alcoholics Anonymous to continue helping addicts find freedom in sobriety, the 75-year-old organization has to reclaim its spiritual roots.

That’s the message coming from reformers who say the group has drifted from core principles and is failing addicts who can’t save themselves. But what constitutes the heart of AA spirituality is a matter of spirited debate.

Has AA become too God-focused and rigid? Or have groups watered down beliefs and methods so much that they’re now ineffective?

“Some think AA is not strict enough,” said Lee Ann Kaskutas, senior scientist at the Public Health Institute’s Alcohol Research Group in Emeryville, Calif. “Others think it’s too strict, so they want to change AA and make it get with the times.”

With more than 100,000 local meetings and an estimated two million members worldwide, AA is grappling with how much diversity it can handle. Over the past two years, umbrella organizations in Indianapolis and Toronto have delisted groups that replaced AA’s 12 steps to recovery with secular alternatives. More than 90 unofficial, self-described “agnostic AA” groups now meet regularly in the United States.

Faith language in AA goes back to the group’s founders, Bill Wilson and Robert Holbrook Smith. Six of the 12 steps, as prescribed in the original 1939 “Big Book,” refer to God either explicitly or implicitly. Step three, for example, cites “a decision to turn our will and our lives over to the care of God as we understood Him.”

Now some worry the founders’ efforts to be as inclusive as possible are being undermined by attempts to ensure, as one Indianapolis AA newsletter put it, that “AA remains undiluted.”

“In the past, there was a great deal of elasticity and tolerance in terms of different views,” said Roger C., a Toronto agnostic whose book “The Little Book: A Collection of Alternative 12 Steps” came out in January, and who doesn’t use his last name to protect his privacy. “But there’s been an increasingly rigidity from those who say, ‘It’s got to be this way and only this way.’ That has alienated a great number of people.”

But others argue that AA seldom offers the tough love that alcoholics need. Too many meetings ignore the 12 steps posted on their walls, said Charles Peabody, a 35-year-old former alcoholic and drug addict whose 2012 memoir, “The Privileged Addict,” has an entire chapter on “Watered Down AA.”

For Peabody and many addicts he’s sponsored, the key to becoming “a free man” has been rigorous and urgent application of the 12 steps, from taking fearless moral inventory to making painful amends. Yet mainstream AA meetings routinely do a “disservice,” he argues, by leading attendees to believe that meetings and sponsors – rather than God and concrete action steps – are what they need most in recovery.

“In mainstream AA, you hear either the war stories or the sob stories,” said Peabody, who lives in Beverly, Mass. “This is the solution? I just keep coming, drinking crappy coffee and listening to people bitch and moan? I knew that wasn’t going to work.”

Research suggests other factors can be more important than vigorous application of the 12 steps. Kaskutas says the strongest predictors of sustained sobriety through AA are whether a person has a sponsor, has a social network that consists of non-drinkers and is committed to service.

Spiritual practices aren’t always necessary for recovery, research suggests, but they can help.

“Prayer and meditation increase as a function of AA participation,” said John Kelly, associate director of the Center for Addiction Medicine at Massachusetts General Hospital. “That does lead to better outcomes for some.”

Men who’ve beaten addictions with Peabody’s guidance trace their healing to character reform via the original 12 steps. Twenty-three-year-old Pat Smith of Wakefield, Mass. battled heroin and crack cocaine in his teenage years, but nothing worked until he enrolled in a residential, intensive 12-step program. For addicts, he says, surrender to God is an indispensable step.

“People [at AA meetings] are like, ‘We don’t need God in here, leave God out of it,’” Smith said. “But the truth is, AA is a religious program… It’s Christian principles, the whole book. So it’s like, if you guys want to go to meetings and leave God out of it, then go ahead. But don’t call it AA because it’s not.”

Roger C. brings a different concern. Those who insist on doing the original 12 steps, he says, are apt to alienate nonbelievers, who might never get the help they need.

Some get turned off “when someone comes up to you as a new member of AA and tells you, ‘if you don’t find God, you’re going to die a drunk,’” Roger C says. “That rigidity is very religious, very intolerant and very hurtful to a number of recovering alcoholics who are looking for an avenue to get sober.”

Offering multiple pathways to recovery bodes well for alcoholics, Kaskutas says, because what works for one person doesn’t always work for someone else.

“Because there’s this ethic of take what you need and leave the rest, it puts the attendee in a position of being able to form a program that is palatable to them,” Kaskutas says. “AA is doing just fine.”

Previous An apology from a Christian
Next BRIEF: Lawsuit filed against Planned Parenthood of the Great Northwest