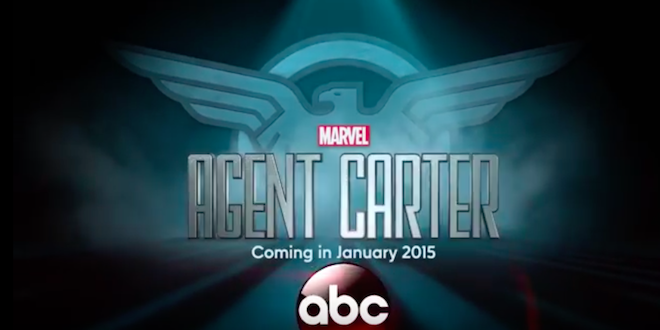 Agent Carter and the Merchants of Doubt

“Agent Carter” is one of the entertaining series of Marvel Comics done on TV, which includes the rip-snorting “Agents of Shield” also on ABC.  This one is a spin-off from “Captain America,” a prequel backstory set in the 1940s with the tough-as-nails British woman agent Betty Carter fighting cabals with the help of her Howard Hughes-ish millionaire supporter (the father of “Iron Man” Tony Stark in the series of films that made Robert Downey into an action adventure hero).

All fun and fireworks, and I enjoy them all. But one line popped out in this season’s “Agent Carter” premiere that brought to mind the tropes of pop culture and the pitfalls thereof. In a scene where a gathering of cabal villains occurs in the obligatory secret lair, it is mentioned how one of them had apparently engineered the 1929 Stock Market crash (presumably for some venal self-aggrandizing purpose whose details are left conspicuously absent).

That one line, tossed off so casually, reflects an exceedingly common popular trope, the Myth of Control.  It’s the idea that when things fall apart in economics or society, it’s due to come scheming “Dr. Mabuse Der Spieler” (to borrow an example from Fritz Lang’s potboiler silent film series in Weimar—and thus imminently pre-Nazi—Germany of the 1920s), pulling spider strings to bring about evil for their Machiavellian designs.

It’s an easy trope to entertain, full of polarities of virtuous heroes and unscrupulous villainy. And sometimes it’s even kind of true. The recent documentary “Merchants of Doubt” jumps to mind. In this, the facts are plainly presented how a parade of big companies (from Big Tobacco to Big Oil) underwrote, consciously, and with dissembling as their object, pet scientists who would help sow doubt about the deleterious effects of smoking or the climate backlash of fossil fuel carbon usage, years after their own in-house science reporting had established the very thing they didn’t want to be widely known and believed.

Ah, but there is a wrinkle to all this.  Young people continue to smoke, or vape, and legions of potential Trump or Cruz voters swear by the conviction that global warming is a hoax fomented by a cabal of elitist leftist atheist gay-friendly scientists (you should follow Twitter if you don’t get this).  Note the reappearance of the idea of the “cabal,” only this time on the opposite spectrum.

What too many are missing in these cabal tropes is the dynamic of belief, or rather, misbelief.  The scientists who make such a fine living accepting speaking gigs at the Heartland Institute to tell the audience why climate change isn’t happening or isn’t our fault or shouldn’t entail doing anything to make Exxon unhappy are not, in my view, saying all that just to get paid.  They believe it, and had ideologies in their noggins that made the move to shill eminently easy.  Fred Singer comes to mind (who did tobacco apologetics before climate apologetics).

The reason I think this is because of the work I’ve done exploring the Kulturkampf antievolution subculture, most of which intersects with the climate change skeptic gang (and has for forty years).  The people there, even the ones with science degrees, are not saying the untrue things they are for money.  They believe the untrue things they say, and are more than happy to take money for it, a reinforcement mechanism that historically works quite well.

There is no reason to think the same of many (maybe even most, but definitely not all) people whose beliefs and actions contribute to injustice or things falling down go boom.  That is the tragic irony of trying to cram societal malfunctions into the Myth of Control.

So back to “Agent Carter.”  Just as the documents make plain the role of money in the “Merchants of Doubt” gig, piles of historical scholarship have worked out the who, what and when of not only the 1929 crash, but of the many crashes and bubbles that preceded and followed.  And one thing comes out pretty clear: these are not caused by cabals, no Dr. Mabuse pulling strings for evil intent.

They were train wrecks that could be easily seen retro, but were not for those on the train (literally so in so many of the 19th century crashes, occasioned by speculative bubbles involving railroads, expanding to fill an exploding economy that ground up or displaced an awful lot of people in the process, from immigrants to Native Americans).

The people involved made decisions, some seemingly good at the time, especially for people who didn’t think through the consequences of their actions. Some wouldn’t have been made at all if better laws had been in place, or more attention paid to enforcing the ones already in place. The Coolidge Administration recognized that speculation on Wall Street was getting too frisky, too dependent on borrowing, but shrugged the regulatory shoulders and figured micro-manager Herbert Hoover would take care of things on his watch.

Sorry about that. Oops. Oh well. “Happy Days Are Here Again” have to wait to FDR and global war stimulus.

Oh yes, cabal conspiracists have their Myths of Control on all that too. Let’s wave copies of Right Wing books like “None Dare Call It Conspiracy” at Left Wing authors like Howard Zinn to see how little of the dataset filters past their competing Myths of Control.

It’s so much easier than figuring out what part everybody plays in the train wreck, to maybe prevent the next one.  Instead, just blame “fill in the blank __________.”