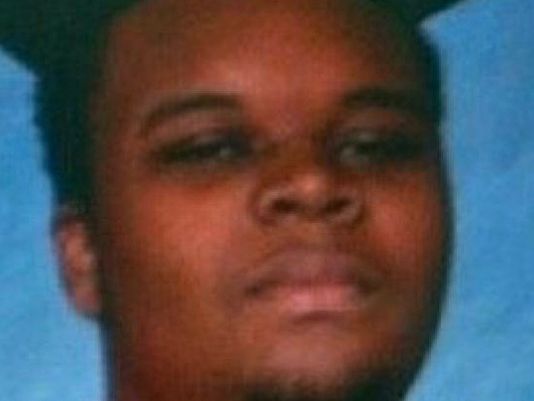 Michael Brown is shown in his high school graduation in this undated file photo in Ferguson, Missouri on August 11, 2014.

After the Ferguson protests, church volunteers pick up the pieces

FERGUSON, Mo. (RNS) On the fourth morning after Michael Brown’s death, residents from different parts of the region came together to pick up the pieces.

Some were young, some old. The majority arrived as part of the faithful. Others trickled in after spotting volunteers marching up and down West Florissant under the hot sun. Carrying brooms and large garbage bags, they collected whatever they could find: rubber bullets, broken glass, liquor bottles, tear gas grenades.

“I needed to come out today just to get some stability,” said Gary Park, 34, an auto mechanic who lives near the area in Ferguson where Brown was shot and protests erupted. Close by is the looted and burned QuikTrip that sits as a symbol of the severity of the unrest that resulted from an unnamed cop fatally shooting an unarmed 18-year-old.

“I wanted some encouragement,” Park said.

Park is a member of Passage Community Church in Florissant, which together with a few other local congregations, organized the Wednesday morning cleanup. Pastor Joe Costephens said that although the trash-collecting effort was a last-minute plan, more than 100 people joined the endeavor.

It was a simple act but not an insignificant one, especially since authorities reported two shootings only the night before. In fact, the continued violence has put future volunteer efforts on hold, Costephens said.

Elise Park, 31, a stay-at-home mom, arrived with her two young children who were excited by the novelty of using garbage pickers.

“I was very encouraged coming out here today, seeing all the groups helping,” Park said. “It’s an opportunity for me to invest and really become part of the community.”

Others, including a group of 20 somethings, came out to help on their own.

Larry Fellows, 28, of Ferguson, said that since the shooting he’s been doing what he can to spread a little cheer. Together with a group of friends, Fellows walks the neighborhood’s roads, handing out free water, snacks and cleaning supplies.

“This has been building up for years,” he said.

He said he’s even offered supplies to police, but authorities rebuffed his offers.

Fellows believes that attitude is part of the reason the community remains angry.

In an attempt to inspire compassion, another volunteer, Derrick Spencer of St. Louis, said he planned to return a sign to his truck’s windshield that recites a line from the New Testament: “Father, forgive them, for they do not know what they are doing.”

“We can’t take justice into our own hands,” Spencer said. Those who loot businesses are doing so at the expense of Michael Brown, he said.

After working for two hours, nearly 20 people gathered in the parking lot of First Baptist Church in Ferguson and held hands in prayer. They prayed for the family of Michael Brown and for businesses in the area that have been damaged by the riots.

Williams said he knows there are good police officers out there. “Most of us believe in doing the right thing, but this came to a boiling point,” he said.

Previous Don’t Forget the Cross
Next Confessions of a Church Bully, part 1