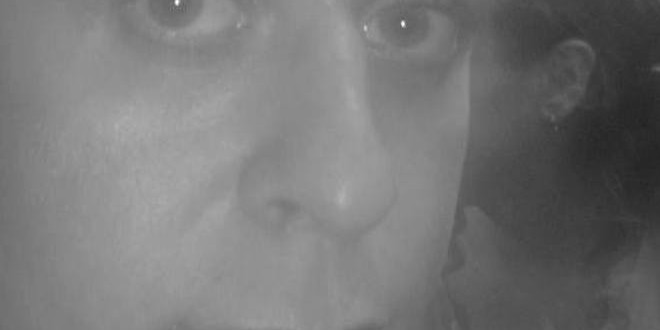 A recent attack on a local transgender woman has started many community conversations focused on improving the relationship between the LGBTQ community and Spokane residents.

On the night of Jan. 30, Jacina Scamahorn sat inside Boots Bakery, eating food given to her by Boots’ owner Alison Collins. Currently homeless, Scamahorn frequents the bakery where Collins usually provides her with something to eat, Scamahorn said.

Stepping outside of Boots to see if her ride had arrived, two drunk men coming out of next door bar Zola, began to verbally assault her, she said. The degrading comments from the men led Scamahorn to spit in the face of one of the men, 45-year-old Adam Flippen. Scamahorn returned to Boots where Flippen and his friend, 43-year-old Marc Fessler followed her inside. After being asked several times by the server to leave, the men allegedly became violent, punching Scamahorn repeatedly, leading to a broken cheekbone and nose.

The Spokane Police Department arrived at the scene, followed by the EMTs who took Scamahorn to the hospital. She describes the behavior of Flippen and Fessler to be disturbing and “a gross awakening to what one human being can do to another.” Flippen and Fessler originally fled the scene, but were later identified and arrested on charges of malicious harassment, along with an added charge of 2nd degree assault for Flippen. Both men were later released.

While grateful to have the assistance of the police and medical personnel at the scene, Scamahorn has criticized responders for treating her fast but inefficiently. The police officers insisted on referring to her as a man (which is currently reflected on her driver’s license) despite being asked several times to address her as a woman. Scamahorn stated that one of the officers went as far as stating that they “did not want to be there or assist” her. She described their behavior at the scene as “mean and hateful.” When the EMTs arrived, they further degraded Scamahorn, who claimed that one of the EMTs handled her roughly in the back of the ambulance, particularly when putting the neck brace on. She has claimed that one EMT went as far as to ask for a gun so they could shoot themselves and never “have to deal with another patient like this one” again. Scamahorn remained in the hospital until the next afternoon.

Scamahorn’s homelessness illustrates a trend among LGBTQ members. The National Center for Transgender Equality reports, “1 in 5 transgenders have faced homelessness at some time in their lives.” In the United States it is currently illegal to deny housing to, or evict a transgender person based on their gender identity, although according to the center, “there is a lack of awareness and legal clarity” which helps the discrimination persist. Although homeless, Scamahorn finds many places in the city where she can safely and comfortably receive services. These places include The Women and Children’s Free Restaurant, Planned Parenthood, The Salvation Army and its warming center, and Hope Center.

When asked how she is received out in the Spokane community, Scamahorn’s first response is to ask, “as a woman, or as someone impersonating a woman?” She said there is a divide among people as to the way she is treated; if a person accepts her as a woman, she is “treated with respect, and treated fairly.” To those who see her as a man trying to act like a woman, Scamahorn said she is treated rudely, and feels that she is pushed aside in society.

While responded to immediately, Scamahorn’s assault went under the radar for a few days, and was only brought to light after a petition page was created and spread around by her and her supporters on Facebook to help spur police urgency in tracking down Flippen and Fessler. The Spokane City Council held an open meeting on Feb. 2 were residents discussed Spokane’s transgender community. The Spokesman Review stated that there were about 150 in attendance, with many people speaking and standing in support. Scamahorn attended the meeting, saying that she thought it went well, and remarked that “many City Council members came up to hug me or shake my hand.”

A rally, Stand Against Hate, was held Feb. 6 in downtown Spokane, which KREM2 news reports was “held to further show support” for Scamahorn and “call for equality in Spokane.”

Assistant pastor at Westminster United Christian Congregation, Jan Shannon, attended both the City Council meeting and the rally. Shannon knowns Scamahorn personally; as she has been attending Westminster for about three years. Shannon was initially “upset that there was nothing in the news” about the attack right after it happened, so she took to Twitter to get information and start a buzz about the issue. She said she attended the City Council meeting to voice concerns and show support because of her “passion for people.”

The vibe of the meeting was described initially as tense, but Shannon said it became more relaxed after people began to stand up and speak. Similar to Scamahorn’s views, Shannon’s response to the meeting was also positive, stating that she thinks changes will be made.

“It will get better, it has gotten better,” she said.

Shannon tries to stay hopeful about the LGBTQ community in general saying, “you have to look at the long view, or we’ll lose hope.”

She thinks that with “more training, awareness, and speaking personally to transgenders” will help the community learn from the incident and take more steps towards equality.

Scamahorn hopes that from the attack can come a positive growth in society towards acceptance of transgenders. Her personal advice to expand awareness and acceptance include education about gender sensitivity, trans misogyny, acts of kindness, and the ability to accept that everyone is allowed to live their life, and everyone deserves to be treated fairly.

Specifically in Spokane Scamahorn hopes that there will be “better city protection, policies, and ordinances.”

“I am proud, full of hope, live joyfully, and I am grateful to be me, and I appreciate every aspect of my life as well as the people around me,” she said.

Previous Sapere Aude — Dare to know, Dare to speak
Next The hate that never left