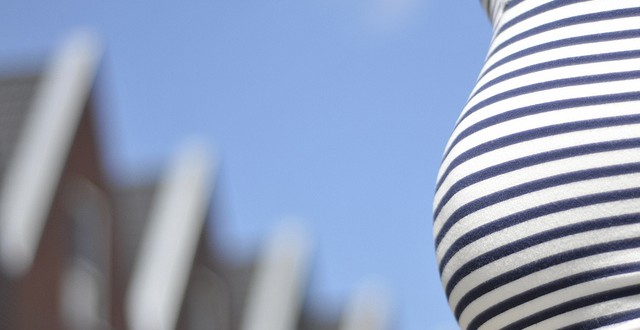 I’m not a consummate television viewer and I get most of my news online, so sometimes I miss a hot story. But anyone, including myself, would have had to be hidden under a rock to have missed the recent announcement about the U.S. House of Representatives voting to defund Planned Parenthood based on alleged illegal sales of aborted fetal tissue purported to have occurred with the release of The Center for Medical Progress’ investigative video. Now you can’t seem to turn sideways without hearing or seeing some new update or commentary about Planned Parenthood.

Thankfully I have not personally been faced with an unwanted pregnancy, but I know others who have. Some chose to keep their baby, others chose to abort. Some remain burdened with deep regret decades after the fact, while others remain accepting of their decision. And recently a woman came forward to share her heartbreaking story of her decision to abort her baby after 20 weeks due to brain tissue malformations and inevitable death. The fact is: If you consider life begins at conception or the beginning of a heartbeat, than you cannot ignore the fact that ending a pregnancy is ending a life. This is a point that polarizes both pro-life and pro-choice advocates and keeps them staunchly at odds, incapable of being able to move forward in finding any semblance of common ground to address the true complexities of the issue. I’m writing on this topic today for only one reason, to provide a bipartisan viewpoint on the issue and implore others to consider similar points for further dialog.

As I have previously stated, pro-life advocates believe human life begins at conception. Ok, let’s assume we all agree on this point. If human life is to be valued and protected, which hopefully both sides can agree, how should we address the number of children who die every day from abuse or neglect? According to the CDC the second and third leading causes of death in children ages 1-14 are cancer and either homicide or suicide. The American Humane Association, “estimated 1,460 children died of abuse or neglect in 2005”.  Government reports on child welfare indicate this number has only increased to 1,520 in 2013, according to the National Abuse and Neglect Data System. And what about the other child killer- cancer? While the mortality rate of childhood cancer has declined over the past decade, an estimated annual death rate around 1,960 was projected in the U.S. for 2014 from The National Cancer Institute. Did you know that September is Childhood Cancer Awareness and Ovarian Cancer Awareness month and has a week dedicated to suicide prevention? Rather ironic that we should be increasing our awareness of these childhood killers and simultaneously defunding an organization that helps decrease ovarian (think fertility, healthy babies) through early detection.

If human life and the lives of children matter, should we not ensure we are doing everything possible to save these lives? The argument is that children are being killed when their mothers choose to abort. “We need to stop the killing of the unborn”, pro-life constituents cry out. Ironically during the past several decades, the rate of women aborting their unborn children has actually declined.

In June of this year, The Atlantic ran the story, Why Are Fewer American Women Getting Abortions?, where they cited that since 2010, “the number of abortions nationwide has decreased by about 12 percent”, and that since “1990 the rate of abortions has fallen by more than a third, and the raw number of abortions has fallen by more than half”.  While the article admits to not having all the statistics on the reasons for this decline, it does point to one explanation being that the teen pregnancy rate in 2010 reached “its lowest point in 30 years”, and that according to the CDC, “between 2002 and 2011, the rate of abortions among girls aged 15-19 decreased by 34 percent”. So perhaps we can decrease the abortion rate by increasing the distribution and availability of contraception.

If you believe in the sanctity of human life and truly advocate for children’s lives than you cannot turn a blind eye to other child-killers, nor can you ignore realistic solutions that decrease the number of abortions. While we may remain polarized by our “Pro-Life” or “Pro-Choice” stances, I think most everyone can agree that every single child should be a “wanted child”.  How best can we identify and implement viable solutions that can support this endeavor instead of being pulled apart by our diverging positions.  Our ability to establish mutually constructive advocacy to reduce abortion rates is most critical now and in the remaining days before Nov. 8, 2016. Let us not be derailed by our differences, but realize we need to find common solutions to our collective, yet very complex problems, through a unified mission that we all believe every child should be a wanted child.

As I mentioned in the beginning, I have not been faced with having to make this gut-wrenching choice. But as a woman, mother, daughter and Christian I struggle with both sides of the debate. I can’t fathom being forced to give birth to a dead baby or take a rapist’s child to full term. Nor can I comprehend feeling my baby move inside and then choosing to end its life. We have to try and understand both sides, listening with our hearts. I do believe we have better solutions to continue reducing the number of abortions without turning back the clock.

Previous Ask a Jew: Where in Spokane can I find matzo meal for matzo balls?
Next Conversion therapies don’t work, experts say, so why do gay Mormons still seek them out?