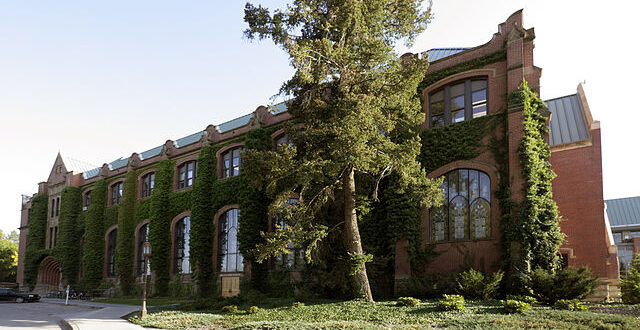 The University of Idaho has told its employees that they are not allowed to promote or advocate for abortion and if they do, they could be charged with a crime and fired. The new policy has attracted the attention of many, including an organization dedicated to advocating for the First Amendment.

The new policy is to comply with a new Idaho law, 18-8705, the No Public Funds for Abortion Act. It forbids any government entity, including state-funded schools, from using public funds to provide abortions. It also includes the stipulation that public money also cannot be used to “promote abortion.”

According to a letter sent from the University of Idaho’s general counsel on Sept. 23, the law is unclear. “In this new and evolving legal landscape, how these laws will be enforced remains unclear,” the letter reads. “Accordingly, the university and its employees should be aware of the potential risks and penalties associated with conduct that may be perceived to violate the laws.”

The letter states that University of Idaho employees cannot counsel in favor of abortion, promote abortion or dispense certain contraception. It also states that, with certain limitations, professors may have classroom discussions on topics related to abortion or contraception “limited to discussions and topics relevant to the class subject and instructor neutrality.”

The Student Health locations run by Moscow Family Medicine may provide birth control, but the university can only provide condoms to help limit the spread of sexually transmitted diseases, not birth control, the letter states.

The guidance in the letter caused a stir on social media, which caught the attention of the Foundation for Individual Rights and Expression, a nonpartisan nonprofit organization that advocates for freedom of speech. FIRE sent a letter to the university on Sept. 27 stating that the new policy “imposes a viewpoint-discriminatory limitation on academic speech and instruction” that violate the First Amendment and should be rescinded.

“The university must defend – not erode – First Amendment rights on campus,” the letter states. “It must begin by publicly retracting this unlawful policy. Continuing to transgress well-established First Amendment rights affects the censorship on campus and will subject your institution to civil liability. This chilling effect is especially pronounced as faculty have been cautioned their teaching may yield criminal consequences if it is deemed to ‘promote’ abortion.”

“It goes beyond what the Idaho law requires and does so in such a way that violates the First Amendment rights of the faculty members,” said FIRE attorney Adam Steinbaugh.

The university’s new policy is based on the word “promote,” Steinbaugh said, which could have multiple meanings. “The word is ambiguous,” he said. “I think what the state is trying to prevent is the act of abortion, the use of state money to get an abortion.”

In response to the media attention, the University of Idaho released a statement. “This is a challenging law for many and has real ramifications for individuals in that it calls for individual criminal prosecution,” the statement reads. “This guidance was sent to help our employees understand the legal significance and possible actions of this new law passed by the Idaho Legislature.”

The university’s statement acknowledges that the law is unclear. “The section does not specify what is meant by promoting abortion, however, it is clear that university employees are paid with public money. While abortion can be discussed as a policy issue in the classroom, we highly recommend employees in charge of the classroom remain neutral or risk violating this law. We support our students and employees, as well as academic freedom, but understand the need to work within the laws set by our state.”

Steinbaugh said he believes the university is being too cautious. “I don’t think the university is giving it the narrow reading the First Amendment requires,” he said. “The classroom is where you are supposed to disagree with one another. I think they need to walk back this policy. A credible reading of this statute would see that it doesn’t reach the classroom.”

The university’s policy is so broad that it could also restrict the speech of those who are “pro-life,” Steinbaugh said. FIRE’s letter envisions several situations that could be impacted by the new policy, including a constitutional law professor who wants to discuss a past court case involving abortion.

Steinbaugh said he would be interested in hearing from faculty members whose teaching has been chilled by the new policy as FIRE considers its next steps. A lawsuit is not out of the question if the university does not rescind the policy, he said. “I would not take it off the table at this point,” he said.

University of Idaho Director of Communications Jodi Walker said the university has not released an additional statement after receiving FIRE’s letter.