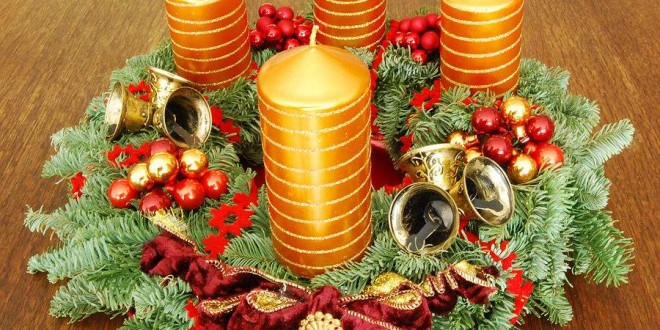 Advent wreaths are used to mark the passage of the season./Micha L. Rieser - Wikipedia

Advent’s challenge: Do we really await the coming of Jesus?

This Sunday marks the start of Advent, the season when we anticipate the coming of Jesus. But what kind of world is waiting for him with baited breath? It is a world in which:

This is the time when we prepare for the arrival of our king, who came to this world as a man and demonstrated, among other things, his complete, total, unabashed respect for women.

Churches that use the lectionary — the compilation of Scripture readings organized into a three-year cycle – have offered readings the past two weeks, both from Matthew 25 (verses 14-30 and 31-46), that talk about what will happen when we meet Jesus face to face. One is of a rich man who entrusts all his possessions to his servants, and who, upon his return, demands to know what his servants have done with those resources. This is followed by Jesus’ eternal judgment on those who did or didn’t feed the hungry, clothe the naked, house the homeless, tend to the sick.

During Advent we say we await the king’s arrival. But given the way men treat women in our society, I must ask my fellow guys: Are you really looking forward to the arrival of the one who will hold us accountable for the kinds of sins listed above, not to mention all the sins that are so common they aren’t even considered news?

This is the time when we prepare for the arrival of our king – not just the recollection of his historic first coming, but also of his second coming at a moment when we least expect it. Sounds to me like a lot of guys have a lot of preparing to do. And so do a lot of women.

Previous Ask A Catholic: What do Catholics believed existed before Adam and Eve?
Next 5 reasons you should take advantage of the SpokaneFAVS holiday sale

Yep, exactly what the prophets said about his coming:
Malachi 3:2-5
“But who will be able to endure it when he comes? Who will be able to stand and face him when he appears? For he will be like a blazing fire that refines metal, or like a strong soap that bleaches clothes. He will sit like a refiner of silver, burning away the dross. He will purify the Levites, refining them like gold and silver, so that they may once again offer acceptable sacrifices to the Lord. Then once more the Lord will accept the offerings brought to him by the people of Judah and Jerusalem, as he did in the past.“At that time I will put you on trial. I am eager to witness against all sorcerers and adulterers and liars. I will speak against those who cheat employees of their wages, who oppress widows and orphans, or who deprive the foreigners living among you of justice, for these people do not fear me,” says the Lord of Heaven’s Armies.