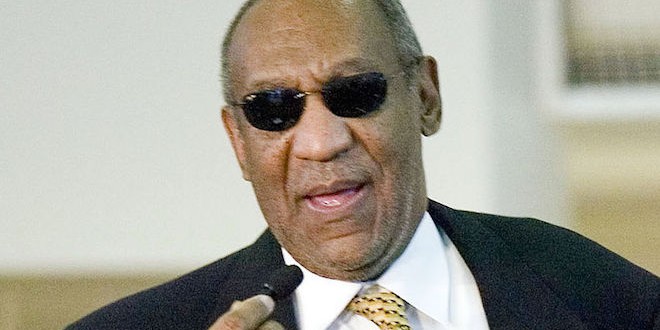 Advent is a Time for Repentance

Many of the women now coming forward with accusations against Bill Cosby, when asked why it took them so long, cite fear due to the wealth, fame and power of Mr. Cosby. They are not alone in citing those three — wealth, fame and power — as these are the true Gods of our culture. Having worked in Vail, Colo. for a decade and coming face-to-face with practitioners of such a faith in American culture, I have many stories for the strength of those Trinity of Gods. When the economy was collapsing in 2007-08, it was the high priests of the three who benefited from the bailouts. Most on Wall Street, though complicit in fraud and risky behavior which costs us all, had to face no accounting for their actions. Money makes the world go around, as the saying goes. The real mystery is the silence of Christians facing such a culture. Moreover, the mystery arises when a large portion of the church chooses not only to remain silent, but join in the chase for the almighty dollar. It could be easily argued that the church’s silence on the issue of mammon has led to its bad reputation and decline. After all, the biggest criticism of the church has been calls of hypocrisy.

The church has a long history of challenging mammon or money worshiping. Mammon was one of the seven princes of hell, and yet, in a culture in which money is the most prevalent religion, what with Free Market Idolatry, the growing divide of rich and poor and the exploitation that accompanies this trend, Christian media would be brimming with condemnation along the lines of Jesus’ words about not being able to serve God and Mammon.

But, no. The church’s moral compass only points to sexual sin, without acknowledging the simple fact that in a consumer culture of selling and stroking sexual desires tend to be good for the bottom line. It is not surprising that as the self-help industry grows, either, as the promise of self help is the pagan trinity of wealth, power and fame. The diabolical lie of self-help is that once rich, powerful and well connected, one will be happy or at , least earn it. The most surprising aspect of self-help, though, is the complete buy in by Evangelical culture. Go into most Christians bookstore and the air is saturated with self-help. Ask about any books on sanctification and prepare for perplexed looks from the sales staff. In many cases, Ayn Rand has supplanted John Bunyon on many a Christian bookshelf. The living God has been abandon for a good marketing plan; any criticism of the culture of mammon embraced by the church is to be lectured on numbers and how many people attend.

The way back for the church seems easy enough. Repent and return to the living God. Only when the church recovers its roots and speaks out boldly for the living God and against the false gods of money, power and fame, will the church grow again. The church is moving into the season of advent. Traditionally a time of repentance and self examination in preparation for the birth of the living God. God will come to us in a manger, to a marginalized and poor couple and it is here, away from the trappings of riches, power and fame that God chooses to make his home with us. Will we join him or continue to be tempted to dance around the Golden Calf of Free Market Idolatry? I believe in the power of Jesus.

Previous What ever happened to Rob Bell, the pastor who questioned the gates of hell?
Next Spokane Buddhist Temple to celebrate Buddha’s enlightenment

Yay Advent! And thanks for the application of advent’s disciplines to this timely issue.