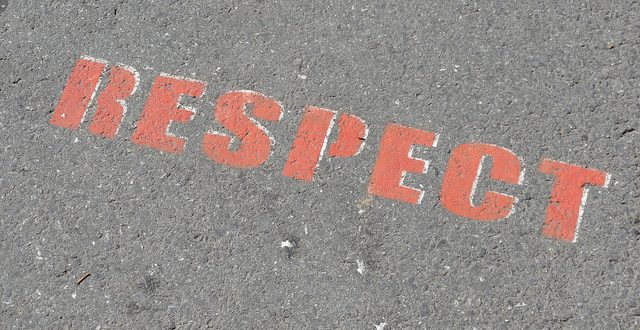 Addressing The Elephant in the Room

I know, I know. What I just wrote in my post for FāVS is not a readily appreciated style of writing or viewpoint for some readers of FāVS. Not because it is actually harmful or discriminating, it just doesn’t fit into some people’s sense of propriety and moral sentiment.

Recently, my innocuous (my opinion) words opened a door of possible contention with a FāVS reader but, we were able to close that door and open another door to understanding and dialogue.

How did we do this? Well, since we both eventually agreed that the matter was innocuous in nature, we compromised. We tried to understand where each other was coming from, and I saw the need, out of respect, to make some changes to the articles I write for FāVS, even though it is not necessary to make the same changes on other online sites I write for. Is that censorship? Hardly, I’m still going to say things that are considered stupid by some people on FāVS but less often. Out of respect.

Why not stop writing thing considered stupid all together Brien?

THAT IS NOT WHAT IT IS ABOUT

My point is, why should anyone give a crap. The same applies to everyone’s way of expressing themselves when it fits within the boundaries of FāVS established guidelines, even when it pushes the envelope. It might sound like finger nails on a chalkboard to you because it’s different, and when a writer’s words are worrisome to you, the fact remains: No one has to ‘change’ their position and no one has to try and ‘change’ the another person’s position. We have ALL been and hopefully always will be different and it is displayed in every aspect of our individual lives, not just our writing.

To try and take that which makes us all different in life, and shape it to either extreme is oppression at worst and suppression at best; both threaten one of the most precious aspects of human existence –diversity. Plus, they KILL dialogue and go against what so many of us profess.

It would be cool if activism and the right to change the differences found in people was bound by one universal law. “If anyone is ‘actually’ harming themselves or others, in any way shape or form, then the rest of society has the right to intervene, out of love and respect for ALL of societies members. Otherwise, please find something in yourself to change.”

That’s a pretty good rule of thumb for the most part but, hard to do for obvious reasons. And also for not so obvious reasons that border on pathology. Some of us wave red flags, and are harmed by everything any one ‘not like them’ does, says or thinks. It doesn’t even have to be harmful for us to either try to put a stop to it or, pontificate endlessly until the offender screams OK! You’re right!  I’m wrong! I will try to be more like you.

That’s a very unhealthy balance in so many ways but, especially in the sense that ‘real’ issues are completely ignored, when our attention is focused on harmless minutia. The old pull the rafter outta yer eye, before you even think about pulling the splinter outta my eye, applies here I think.

Besides, hitting people on the head with our giant rafters accomplishes only two things. One: it’s offensive and judgmental and puts people on the immediate defensive. Two: it makes people not want to converse with us.

None of us should make another human feel as if they have to guard and watch everything they say or feel simply, because it doesn’t fit neatly into our personal sense of propriety and moral sentiment. FāVS is supposed to stand for inclusion of our differences ‘minor’ and major.

What I am suggesting doesn’t mean we fling the doors wide open to hate speech, bigotry, discrimination and rants of profanity, we just about have that under control at FāVS. Instead, it means we establish a ‘safer’ place by simply being respectful of the innocuous differences that make all of us different but don’t really make much difference in the scheme of things. We all have to remind ourselves periodically that life is ‘not’ about changing others. Pressuring them in any way shape or form to conform to our sense of propriety and moral sentiment.

We are fortunate that FāVS is a great place to learn how to engage in healthy dialog by not condemning those who speak and think differently than us. Jim Downard recently set a great example of healthy dialog for all of us in his “Ask An Atheist: Would the world be better off without religion?”

So, there you have it. The elephant is out in the open, for better or for worse, depends completely on our subsequent reactions and responses.

One thing for certain, we will always be grateful to FāVS, the writers and the readers; for reminding us at times, and for educating us at other times  — that life is profoundly beautiful and fascinatingly diverse because of our differences.

Previous Living in the Post Theology Church
Next Is Pope Francis a Lone Ranger on apologizing to gays?