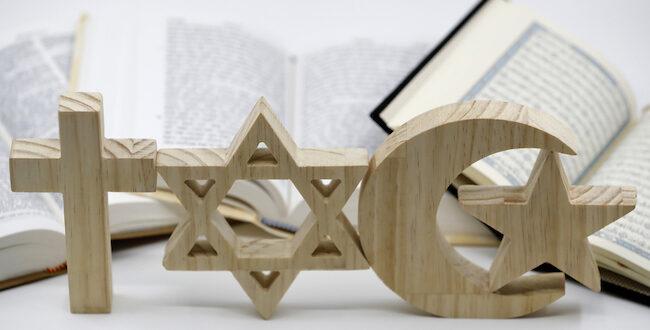 The First Amendment guarantees Americans the right to practice their own religious beliefs, or none at all — something that is honored on National Religious Freedom Day today (Jan. 16).

This foundational philosophy is what some think is holding the U.S. together, while others hold that it excludes certain beliefs in favor of more normalized ones.

Tamar Malino, rabbi at Spokane’s Temple Beth Shalom, said she is grateful for religious freedom in the U.S. because Jewish people have historically not been able to settle and practice their religion. The U.S. is a place where Jewish people can be free.

The U.S. would fall apart without religious freedom because religious leaders hold the consciousness of society to prevent chaos from taking over, said Chellappa Deva, Hindu and Spokane resident.

However, not everyone feels their beliefs are as accepted or as tolerated as others.

Liz Moore, executive director of Spokane Peace and Justice Action League, said she remembers growing up atheist in a conservative Christian community and feeling excluded for her beliefs.

When she was in third grade, Moore felt uncomfortable saying “under God” in the Pledge of Allegiance. She wanted to follow the rules, but she also did not want to lie about her beliefs.

“I would mouth the words because it didn’t feel safe for me, culturally, to be visible in that difference,” Moore said.

Later on, Moore said one of her close friends was asking her youth group to pray for Moore to be saved.

“It was realizing my friend did not accept me the way that I was,” she said. “That this difference — that I thought it was really great that we were friends across this difference — was actually something she was trying to fix in me.”

Concepts from Christian belief systems pervade our society, Moore said. For example, some religious holidays are also U.S. government holidays, like Christmas, while others are not.

Christianity is normalized in the U.S. Other belief systems are seen in opposition to Christianity and are something to be “tolerated,” Moore said.

While Moore views religious freedom as important, she said decentering Christian culture is key to making people with other beliefs feel accepted and valued in the U.S.

“When you say religious freedom, it makes it sound like everything is on an equal playing field, and that’s certainly an excellent goal,” she said, “but in order to get there, we have to recognize power dynamics that exist that are keeping the playing field very slanted.”

Christian teachings are evident in public policies on marriage equality and access to reproductive healthcare and abortions, Moore said.

“The way that laws work is both a reflection of and a shaping of culture, and vice versa,” she said.

Malino said religious freedom can sometimes be broken into visibility and invisibility. Some religions are very visible in the U.S., while others are not.

Two non-Jewish friends asked Malino if it was hard for her when people wish her “Merry Christmas.”

“I was like, ‘yes?’” Malino said, “And this is really the first time you’re thinking about that?”

Diversity should be honored and celebrated because everyone experiences the world differently, and that is an essential part of creation, she said. However, when certain groups of people are made to feel invisible, that is not honoring their perspective.

“An aspect of my own religious practice is seeing that we are all made in the image of God, and we are all deserving of that honor,” Malino said, “and that includes the practice of religious freedom.”

Deva said he believes everyone’s purpose is to evolve spiritually.

“We came from God, and we’re on a path back to God,” Deva said. “To speed up that path, is by following religion, so all religions are good because they take you closer to God.”

Deva said he accepts people and their beliefs, and he feels most people respect who he is.

“Anybody that’s a sincere practicer of their religion, I have respect for,” he said. “Even though there is a world of differences out there, I can still be who I am and still respect everybody else, too.”

Previous Welcome to Ordinary Time! Or is it? Should it be?
Next Desmond Tutu: A Moral Giant for Civil Rights