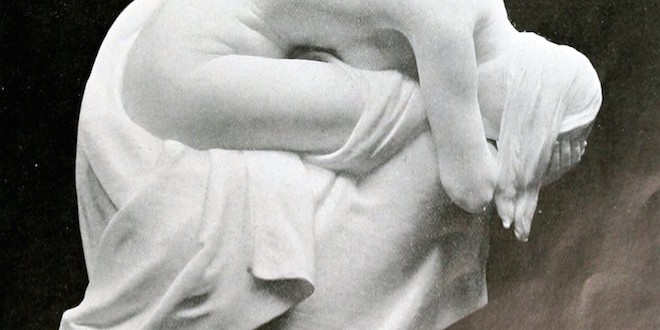 Last week, Phoebe and I went to the Newmark Theater in downtown Portland to see Betroffenheit, a collaboration between two performing arts groups, the dance company, Kidd Pivot, and the theater company, The Electric Company, that we know from Vancouver, BC. Betroffenheit is a true partnership: it is neither dance nor theater or, if you prefer, it is both. As Electric Company artistic director — and principal performer — Jonathan Young puts it, the performance is a hybrid of the two.

The piece’s title, Betroffenheit, doesn’t entirely translate into English. Folks who speak German tell us that it means something like “bewilderment” or “consternation” (I wonder if the British slang term “gobsmacked” might get us close?). Crystal Pite, who leads Kidd Pivot, says that the word describes as a state of speechlessness: to be in place of Betroffenheit is to be in the aftermath of a life-event so seismic that one is left without words.

The seismic life-event around which Betroffenheit turns belongs to Jonathan Young himself — about six years ago, he endured the deepest kind of grief, the deepest kind of trauma. However, in creating this piece, Young and his colleagues made the decision never to refer to his trauma in specific terms, never to provide details about it, either in the performance itself or in the program notes. Initially, I found this decision odd. But as the performance proceeded, I began to appreciate its wisdom. Because Betroffenheit isn’t specifically about Young’s experience, its story becomes universal. Betroffenheit is about everyone’s losses, everyone’s griefs, everyone’s traumas.

A week and change later, as I reflect on this performance, there are two things that I remember in particular. The first is a motif that recurs throughout Betroffenheit in which Young and his colleagues abruptly segue out of the stunned, grey reverie of his grief and into a place of manic and superficial happiness. Young refers to this place as “The Show.”

The Show is giddy and glitzy. It features the gaudy costumes and forced joviality of dinner theater or a cruise-ship musical revue. While there are a variety of ways in which we might interpret The Show (like all of the best symbols, The Show is multivalent, it contains what the Biblical scholar, Frank Matera, calls “a surplus of meanings”), I am wondering if we might understand it as icon for the way that our culture responds to grief. Our go-to strategy is to deny grief altogether, to stampede towards the utterly unhelpful and utterly unrealistic goal of “moving on” or “finding closure” — as though closing the door on our losses and our griefs were even possible. The Show, in other words, is a place of numbness, of mandatory optimism, a place that is as superficial as it is seductive. And The Show is a place to which, let’s be clear, we are under huge cultural pressure to go to, lest we embarrass or inconvenience our loved ones with our grief.

Insofar as we can say that Betroffenheit has a “happy ending,” it is that, come its conclusion, Young escapes The Show and chooses, instead, the hard work of remembering and grieving and healing.

The other thing that I am remembering a week after Betroffenheit is the audience’s reaction. Looking around the theater as the curtain fell, I recognized that I was in a room full of people who, like me, were in a state of stunned gratitude. We were stunned because encountering material so intense is like wiping out on a bike or falling down the stairs: you are left wondering just how it is that you came to be lying on the ground. And we were grateful both for the towering artistic brilliance of what we had just witnessed and also for the uncommon gift being in a context in which grief was named out loud.

Because our culture denies grief — and because it denies the things which precipitate grief, most especially death — there is something profoundly freeing about escaping the denial, at least for an hour or two. Acknowledging that grief is real and universal is a blessed relief; it is an opportunity to breathe freely for a little while, to stop pretending. Together, Kidd Pivot and the Electric Company reminded us that the experience of Betroffenheit is universal and inescapable, that it is part of the human condition.

These two companies proclaimed the hard news that, for all of us, there are griefs after which there can be no words. And they proclaimed the good news that there are others who know and understand what Betroffenheit is like, that even when we are in the depths of our wordless hurt, you and I are never alone.