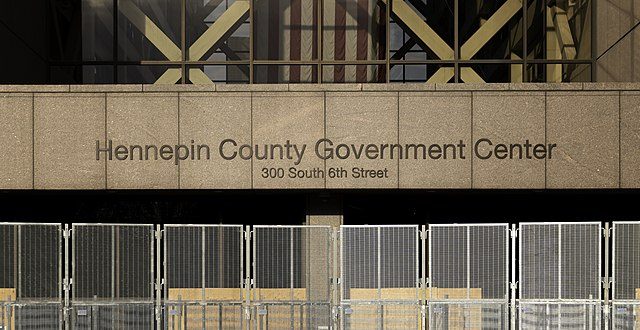 In preparation for the Derek Chauvin trial, security fencing surrounds the Hennepin County Government Center in Minneapolis - by Lorie Shaull/Wikipedia

Accountability is Not Justice

Accountability is Not Justice

What we got today — the Derek Chauvin guilty verdict – was not justice. It was accountability — accountability for one officer. This is the message from the Black Community tonight. We ALL need to listen.

“We need true justice. That’s not one case. That is a social transformation that says that nobody’s beneath the law and nobody’s above it.”

Let us be clear: we, as a nation, desperately needed for a law enforcement officer to (finally) be held accountable when s’he engaged in the unjustified killing of a civilian. And we got that — today. But will we get it again tomorrow, and next week and next year? This one verdict is not a cultural change. But we can pray it is a sign that the cultural change we must have is indeed coming.

And even if we do move toward consistent punishment for unjustified killings by law enforcement officers, we will have just begun. We must also go ‘upstream’ and stop the killings to start with. We need to prevent the killings.

It is important to note how often the excuse an officer gives for killing a person of color — particularly a black person — was that the officer was afraid of the person they killed. We must ask ourselves how it is that these trained officers are so afraid of people of color — people often unarmed, many times moving away from the officer, sometimes sleeping. It seems pretty clear that white officers have an irrational fear of people of color, especially black men. And being in a neighborhood that is known to be predominantly people of color aggravates officers’ fears.

Studies show that we have created a cultural perception that black men are more dangerous than white men.
“When police officers shoot unarmed black men, the justifications given after the fact typically involve descriptions of the victim’s size and formidability — and those descriptions often turn out to have been wildly inaccurate” according to this LA Times report. So it should not surprise us that officers shoot black men who were not, in fact, threatening. But it should and must offend us and create an imperative for changing this culturally induced racist perception.

The lives of black people depend on us!

Previous Spokane Churches and COVID one year later
Next The importance of Earth Day: A Unifying Planet