A wholeness and healing “pilot” 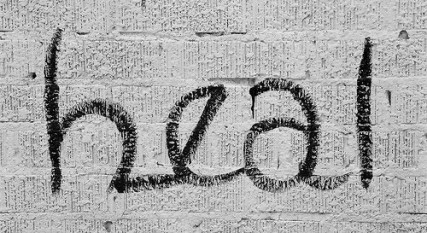 With any TV program, the Pilot episode is the most complicated:  it has to introduce the characters, the world, the plot and conflict lines, and “hook” the viewer into being interested before the first commercial break. Usually, pilots are only aired for the producers, to see if they want to fund the show.  So, often, when the show gets to regular TV, viewers see the second intended episode first, rather than the first, which they don’t see at all. Such are plotlines made, with the viewer not knowing the whole story from the get-go.

As a writer, I am tempted to (metaphorically) “slit my wrists and bleed,” in a witty and entertaining way, so that you, the reader, actually have some sort of investment in coming back. Having been introduced as “the wholeness and healing writer,” I am really tempted to throw out all the stuff I’ve suffered and healed from, to show my “bona fides,” as it were.  (“Look at me!  My experience of being a unique snowflake is so fascinating!”)

But here’s the thing: a story takes place in the present. If the back story is slowly uncovered, it’s much more compelling, relevant, and interesting. Having posted once on Facebook, “I am a woman of mystery, dammit!” in response to being deeply understood and predicted by my husband — this “teasing out the back story” idea appeals to me. Besides, a person in our culture can only take so much suffering at a time, and only then if it has the punch line, “But look!  I’m all better now!”

Perhaps the need for wholeness and healing comes from injury:  perhaps it comes from life itself. Suffering is all around, but so also is goodness. It seems to me that there are “everyday injuries,” or “mundane injuries,” like someone making a rude comment, or bumping into you and giving you a bruise, or someone cutting you off in traffic, or maybe even when you spill you coffee on yourself. For a while, my toddler had a semi-permanent bruise on his forehead: he was learning to walk, and he was so excited to walk that he didn’t look where he was going. But the body has marvelous mechanisms to heal itself —  so, too, the psyche.

Healing from deeper injuries, though, requires more of a conscious effort.  I’m excited to talk about that.

One of the alternate Paternosters ($6 word for the “Our Father” prayer) that we use at our church has the line, “In the hurts we absorb from one another, forgive us.”  This word, absorb:  I like it a lot – the richness of the imagery it brings up.  The lack of intention, particularly, interests me. We do absorb so much from each other.  There are people who are suffering so much, that they emit waves of it — they can’t help themselves. When we are surrounded by friends, or family, even when they are well, they carry the whole of their experience with them, good and bad.

Tangled up in the ideas of healing and wholeness, perhaps, is the idea that an injury came first. Sometimes in life that happens: theologically, almost always. I am little interested in dogma and wild proclamations of “the truth.” I am interested in people — their stories, their resilience, their paths to recovery.

Thich Nhat Hanh said, “When another person makes you suffer, it is because he suffers deeply within himself, and his suffering is spilling over.  He does not need punishment; he needs help. That's the message he is sending.”

What would our lives be like if we acknowledged the suffering of others in this way?