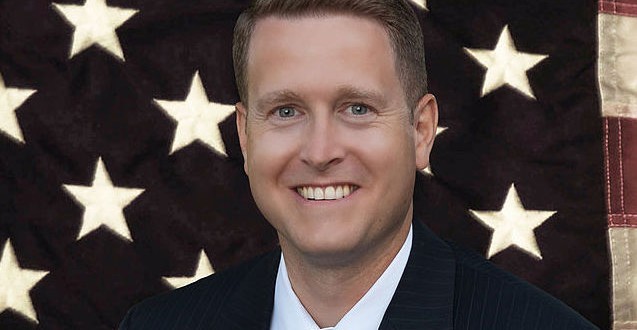 SPOKANE — A quiet race for a state legislative seat in Washington’s 4th legislative district has been thrown into turmoil after a document outlining the biblical reason for war, written by incumbent Republican Matt Shea, was leaked on Facebook last week.

In the four-page document, which Shea dismissed as old sermon notes, the four-term representative says it’s time for war when God says so. It can be avoided only if abortions and same-sex marriage come to an end and if all parties agree to obey biblical law. Other requirements for avoiding a holy war that Shea identified include the end of idolatry and communism.

“If they do not yield — kill all males,” the outline reads.

The document, which Shea says has been taken out of context, prompted Spokane Sheriff Ozzie Knezovich, a fellow Republican, to file a report with the FBI, saying Shea might be dangerous. At least six campaign donors have asked for their funds back, while Ted Cummings, the Democrat running against Shea, has seen a surge of donations from across the country.

Shea did not respond to requests for comments but in a Facebook statement Friday said that as a Christian, he has always condemned racism, anti-Semitism and white nationalism.

“The attempt to suggest that notes on a series of biblical sermons many years ago are a ‘manifesto’ calling for mass murder is a ridiculous smear designed (both in timing and tone) as a desperate effort to derail my service to this community and this country,” he wrote, citing his previous service with the U.S. Army in Bosnia and Iraq. “For those of us who know the awful cost of war and have seen the aftermath of atrocities firsthand such smears are despicable.”

He said this was his final statement on the matter.

Knezovich said he has been growing increasingly concerned about Shea for years, particularly after the state lawmaker traveled to Nevada in 2014 to help form the Coalition of Western States, a group of state officials and activists who oppose what they contend is government overreach in protecting federal land. In 2016, Shea advocated for the occupiers of the Malheur National Wildlife Refuge in their standoff with federal agents.

Knezovich also said Shea has close ties to Marble Community Fellowship, a church north of Spokane. Barry Byrd, the founder of Marble Community, co-authored a 1988 manifesto that included passages stating that it’s blasphemous to call Jews “the Chosen People” or to allow them to hold public office, and that “Interracial marriage pollutes the integrity of marriage.”

“When I received this document two and half months ago from someone in Matt’s inner circle I was very, very concerned,” the sheriff said. “What that document stated very clearly is that should there be a government collapse or a civil war, this is a guidebook to be used to seize power. It’s not notes from a sermon — it’s a how-to and a justification to.”

Shea, who has outraised his opponent by a significant margin, has enjoyed unfailing support from evangelical Christians in his previous races, and some backers in the evangelical community have cast doubts on the timing and the relevance of the recently leaked document.

“They took a sermon from the Old Testament and spun it out to make Rep. Shea seem like an absolute fanatic, which is ridiculous. He’s a godly, Christian, wonderful man,” said Peters.

Blomgren added, “We work hard as Christians to get into the voting booths and get men like Matt Shea. This of course comes right at election time. His wife and him are beautiful Christian people — they’d never want to kill anyone.”

In public appearances and on social media, Shea makes little secret of his desire to defend America from non-Christian influences. He frequently blames liberals for destroying America and states that the country is unarguably a Christian nation. Marxists and Islamists, he says, are its biggest threats. At a rally in August, Shea called journalists “dirty, godless, hateful people,” and he’s been advocating for breaking Washington state in two to create a 51st state.

In 2016 he organized the Spokane chapter of the anti-Muslim, pro-Trump ACT for America group, which the Southern Poverty Law Center classifies as a hate group. Shea, who has called the SPLC an anti-Christian, radical organization, discredits its claim.

Cummings, the Democrat, said there’s been an uptick in support for his campaign since Shea’s notes were leaked. “This gives me hope that this might be a turning point,” he said.

“I think people are fed up with our president and people like Matt. Enough is enough,” Cummings said. “Vilifying Muslims or Jews or immigrants … it’s not OK and we’re going to continue to resist and confront this.”

Cummings, a Catholic, said that if elected he won’t impose his beliefs on anyone, noting that faith is best exemplified through working hard and practicing compassion.

Cummings said win or lose, he will continue fighting to end hate in his community.

“This isn’t accepted in Eastern Washington. It’s not accepted anywhere in this country, and I want to be a part of that,” he said.

Previous Letter To The Editor: 21 Washington Rabbis Endorse 1631 for Clean Air and Water
Next Save now, spend later?

POLL: The votes are in - What's your reaction? - SpokaneFāVS

[…] a controversial race, incumbent Rep. Matt Shea of Spokane Valley, who made headlines in recent days for his “Biblical Basis for War” […]