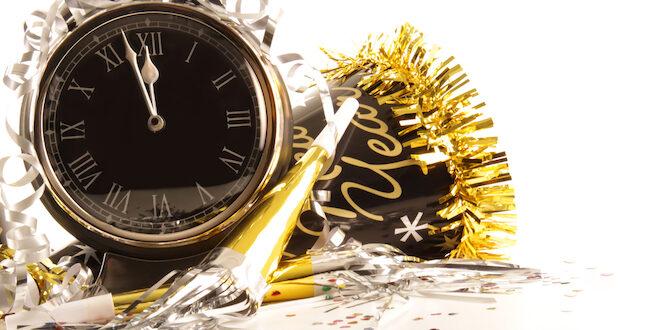 Waiting for the New Year graphic by DepositPhoto

Not as bad as 2020, but pretty awful nonetheless.

Bad years, and the bad eras they spawn, tend to be cyclical.

For the greatest generation, 1942 was a very, very bad year that actually began in December 1941. With World War II raging on three fronts, the eventual outcome was anything but certain. Fear and loss combined to make it a very bad year for Americans (and everyone else everywhere).

For the boomer generation, 1968 was a very, very bad year that some might argue actually began with the JFK assassination in 1963. War in Vietnam, attendant political disruption, and urban discontent created a climate of uncertainty and fear that caused some to suggest the American experiment was failing.

For the Millennial, Gen Y and Gen Z generations (and for the rest of us, too) 2020 was a very, very bad year. Nothing like a pandemic to send the world into a crapper. Of course, things were made worse in the U.S. by a presidential election campaign that was as ugly as any we have experienced in 100 years.

I think most Americans believed things would get better in 2021. How naive. Optimism prevailed for maybe five days, or so. Looking back, we could easily argue that the events of Jan. 6 constituted the canary in the coal mine, the warning that 2021 would be just as bad as 2020.

History tells us really bad years are never, ever followed by really good years. It does not work that way. It takes time to right the human ship.

For our greatest generation good years did not come until the late 1940s and early 1950s, the gradual improvement derailed for a time by the Korean War.

For the boomers, improvements did not come until the late 1970s after the Vietnam War ended and Richard Nixon was bounced from the White House. Even then we had runaway inflation, the gas crisis and a crisis in Iran.

In contemporary America, we experienced no meaningful improvements in 2021. The pandemic continued without let up and we now end the year with yet another COVID surge taking lives and overwhelming hospitals.

Furthermore, we already have begun to experience the political debacle that will be the 2022 election cycle.

Like most of you, I am weary. I am tired of having to adjust my life to stay safe from COVID. I am tired of a political climate that seems to value extremism and hate more than it values reasonable discourse and compromise. I am tired of climate warnings that scare the bejesus out of most of us but seem to roll off the sensibilities of deniers.

My regular readers know that through much of 2021 I coped by burying my head in the sand, limiting news consumption, and writing less about difficult, controversial topics. I wrote personal essays for family and wrote some of those for this site, too. There is comfort in familial nostalgia.

But hiding must be a temporary response. You can’t avoid reality for too long without ceding the future to those who would fill the vacuum.

For many Americans, maybe most, that will be the challenge of 2022 – to battle the weariness and to re-engage. It will not be easy.

We can begin with little steps. Consuming the news again. Writing letters to elected officials. Donating to political campaigns. Volunteering. Voting. Rewarding civility but speaking out against hate.

It would be good to take time in 2022 to review our social media practices, to bleed our feeds of misinformation and to make certain we are not responsible for spreading falsity through inattention.

Maybe most important, and most difficult, we must try to regain some little optimism that things will get better. Consciously, we know improvement will be slow, halting. But dismissing those woe-is-us feelings will require an emotional adjustment, something far more profound than a conscious commitment.

Of course, it is important to be realistic. Solving our collective problems requires clear-eyed, consideration of potential solutions.

But as the late Colin Powell famously argued, optimism is a force multiplier. A little optimism will go a long way toward making the rest possible.