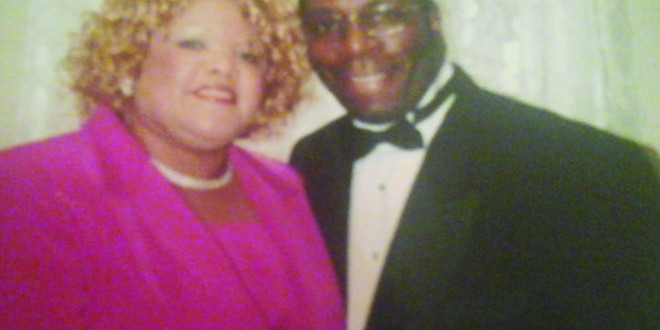 Rev. Leroy Robertson and his wife/Contributed

A tale of two churches

It has been said that the most segregated time in America is at 11 a.m. on Sunday morning, and though race relations in the United States have certainly improved in the 150 years since the end of slavery, you don’t have to look too hard or too long to find reminders of how things used to be, especially in the South.

Take Greenwood, South Carolina for example. For as long as anyone can remember there have always been two Damascus Baptist Churches in Greenwood. First Damascus for the White folks and Second Damascus for the Black folks. That’s just the way it was. No questions asked.

Dylan Roof walked into Mother Emanuel AME Church in Charleston, SC, on June 17, intending to use the murder of innocent people to incite a race war, he inadvertently set events in motion that are changing the face of the American South.

Rev. Leroy Robertson, pastor of Second Damascus Church for 19 years, was standing in the pulpit on June 28, a hot and sunny Sunday morning, when at around 11am the doors to his church burst open and in walked Rev. Kevin Carter, Pastor of First Damascus, followed by his congregation.

“They came into our service,” Rev. Robertson recounted, “and they were singing and clapping, and giving praises to him that is able to keep us from falling.”

After the initial shock wore off, the Second Damascus congregation welcomed their visitors by standing and joining them in praise, and at that moment, Rev. Robertson says, “the glory of God filled that place.” Rev. Robertson offered Rev. Carter the opportunity to express what was on his mind, and Rev. Carter shared that he was led by the spirit to tell his congregation that they were going to worship at Second Damascus that Sunday. He talked about God’s amazing grace and how they are all one in Jesus Christ, and, finally he told them, “the Confederate flag needs to come down.”

Rev. Robertson says that he was honored to have Rev. Carter do the altar call prayer that morning, and it was an amazing sight, he said, “people came together joining hands, white and black, the young and the elderly, all of them came, and oh did our hearts burn from within.”

After the service, the two congregations greeted each other and spent time fellowshipping together. For most, it was a first, and for many who heard about it, it was hard to believe. There are some things that people thought would never change. “I’m here to tell you,” Rev. Robertson declared, “God is up to something, because what the devil meant for bad, what happened in Charleston, God has made it good. Our prayers go out to the families in Charleston and elsewhere, and we thank God for a Pastor like Rev. Carter and people like the First Damascus Church congregation that obeyed the moving of the spirit.”

Rev. Robertson’s only regret is that he didn’t get photos or video of the service. It would have been nice to have had a recording of the historic event for those that were not able to be there, but it all happened so fast, and nobody was thinking about it. Next time, though, he will be ready, and Rev. Robertson is already planning on the next time. “Now it is our challenge,” he said, “it is our privilege and our honor to let First Damascus know that we appreciate them and what they did by worshiping with them also.”

Perhaps what happened at First and Second Damascus is only the beginning.

The Black Lens published its first issue in January of 2015. It is a local newspaper that is focused on the news, events, people, issues and information of importance to Spokane’s African American community.