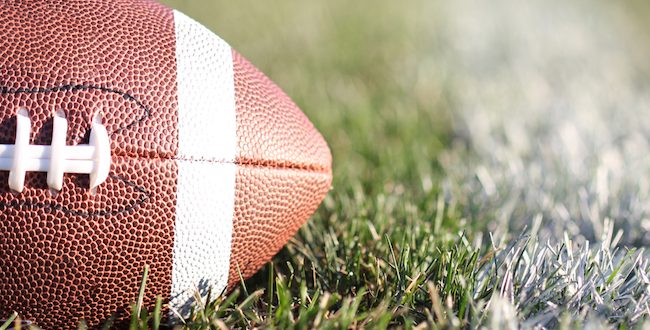 A Serious Question for you About Football

This week I am not writing to express an opinion. I am soliciting yours.

I am a former daily-newspaper sports editor who has had an on-again, off-again something-less-than-love affair with football ever since I began learning about the long-term dangers that the sport poses to those who play it, especially when they get to the college and pro level.

On my calendar I wrote in a college football game I want(ed) to see. I had more or less rationalized my concerns away by telling myself that these are grown men. They have a right to make their own decisions, even if their decisions are ones that I wouldn’t make in a million years.

Roughly a year ago I saw my friend Steve, a former college football player and coach who is now a high-school math teacher. He wasn’t walking very well. Bad knees, I guessed. I asked him if he regretted playing football, given his current physical condition, and he immediately and forcefully said no. It was the best time of his life, he said.

I never played football, but the lust for it among boys starts at a young age and can quickly overwhelm reason. I wonder if that’s what happened to Steve. And after reading two articles about the current state of football I once again have concerns about the game I once, yes, loved.

These days, rather than attend games, I picture myself as a spectator in Rome’s ancient Colisseum, watching as two gladiators walk in but only one walks out, to the cheers of the mob. I watch the crowd as the lions kill and devour Christians. I see the bloodlust in their eyes. And I wonder if that’s what drives me, too, when it comes to football.

Football – and, to a lesser extent, ice hockey – are the two sports that are focused primarily on physical collision. I can watch other games with collisions – e.g., soccer – and not be concerned because the collisions are incidental to the game.

In football, collision is crucial. And to the players, it’s the whole point. To them, it’s a question of how much punishment they can take. How much “courage” can they display to suppress the fear of the next hit and the pain it causes? Each one asks himself and everyone else on the field: How much of a man are you? But if that’s how football players define being a man then I have issues with football that extend far beyond the game itself.

So my question is: After reading these two articles, would you continue to attend college and/or pro football games? And whether the answer is yes or no, please explain why.

I seriously need to understand your thinking because it will help me with mine. Your points of view will help me to decide if I should watch anymore football, in person or on TV, whether big-time college or pro, or the Division III team whose home field is less than two miles from my apartment.

I look forward to your answers because this is one time when I just don’t have any.

Previous Climate change and wildfires – how do we know if there is a link?
Next Letter To The Editor: Thank you for the support, Spokane